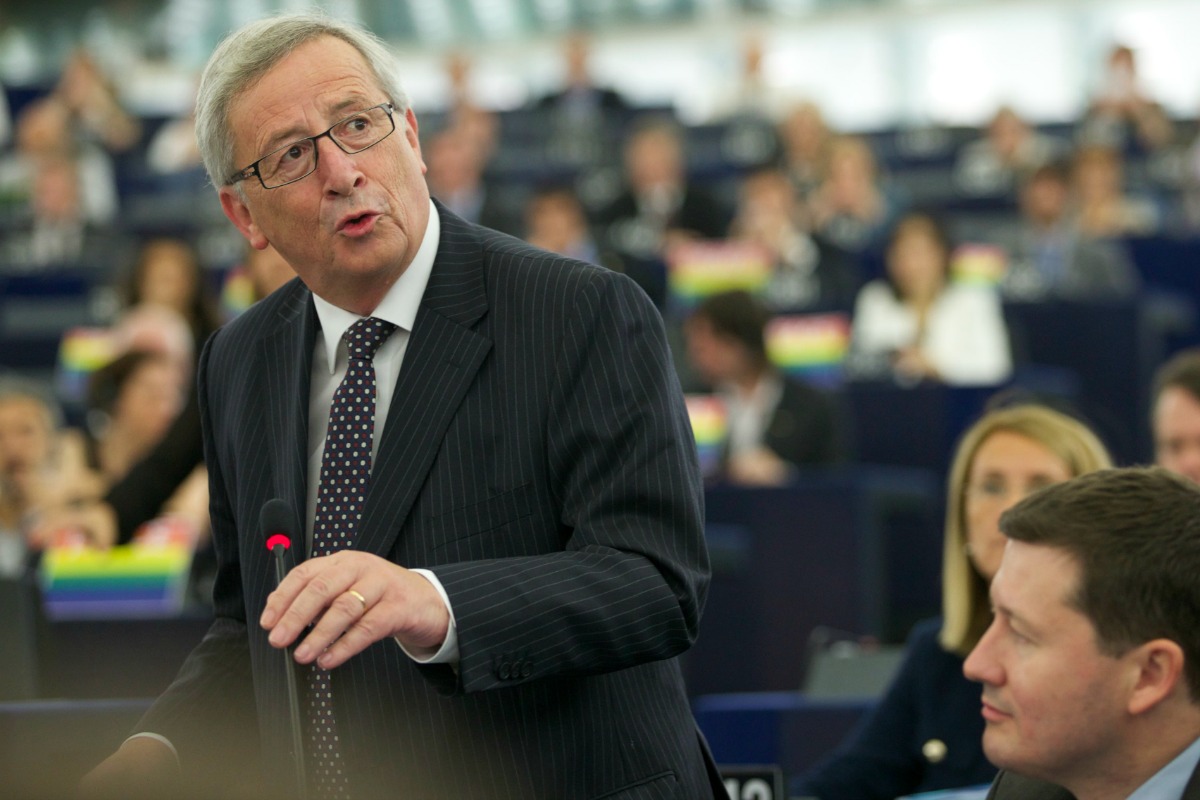 Incoming European Commission President Jean-Claude Juncker played down on Monday the option of an outright writing off of part of the euro zone loans to Greece to make the country’s debt more manageable.

But in his first visit since being elected to lead the Commission, he praised Greece as an example for debt-stricken nations like Argentina to follow, a show of support for the country where the euro zone debt crisis began.

Bailed out twice by the European Union and International Monetary Fund, Greece has sharply reversed course since nearly crashing out of the euro in 2012.

But it is still expected to require further debt relief, talks on which are expected to start later this year.

Juncker’s latest comments appeared in line with indications from Greek and EU officials that Athens will likely get lower interest rates and an extension of loan maturities rather than outright write-off of debt as part of any new debt relief.

Asked whether Greek debt could be sustainable without a so-called “haircut” or writeoff, Juncker declined to go into specifics but said: “When it comes to Greece, the question you’re mentioning is not part of my meditation.”

‘We have not reached the end yet’: Juncker

Juncker has made occasional stops in Greece when he was head of the powerful Eurogroup of euro zone finance ministers, including a 2012 visit when he warned Athens was staring at its last chance to avoid bankruptcy.

But recent visits have largely focused on praising Greece and he has portrayed himself as an advocate of the country in the corridors of power in Europe, saying he “fought like a lion” against talk of kicking Greece out of the euro.

Speaking to reporters after meeting Greek Prime Minister Antonis Samaras, he dismissed suggestions that Greece was similar to Argentina, which is facing a new debt crisis since defaulting in 2002.

“Comparing Greece to Argentina doesn’t offer any parallel. Greece would have been a good example for Argentina to avoid the problems Argentina was not able to avoid,” Juncker said.

Greece’s fortunes have revived sharply in recent months. The country surpassed expectations and posted a budget surplus before interest payments last year, has successfully returned to bond markets for two small issues, and is expected to return to growth this year after a six-year recession.

Still, Juncker cautioned that the euro zone crisis had not fully ended.

“We have covered a huge distance but we have not yet reached the end,” he said. “Certainly, many developments, events show us how fragile the situation is not only in Greece but elsewhere. But there are also positive signs, also in Portugal.”

Juncker said he had discussed the case of Banco Espirito Santo – which Lisbon agreed to rescue – with the Portuguese prime minister and added: “We are not yet fully out of the tunnel, and I wouldn’t want to give the impression that we’ve left all the ills behind but there has been a lot of progress.”

“I fully trust Portuguese authorities that they will solve the problem they are facing in the financial sector,” he said.

Juncker, who takes office on Nov. 1, also reiterated that he would push for growth and investment in Europe as part of his new role.

Debt relief talks due in second half of 2014

European officials confirmed earlier this year that Greece will obtain more debt relief from its international lenders after meeting fiscal targets and achieving a primary budget surplus of €1.5 billion in 2013. The surplus, the first since 2002, excludes debt servicing costs.

Talks about further debt relief for Greece will start in the second half of the year, said Commission spokesman Simon O’Connor.

Measures will likely include stretching out the maturities of Greece’s rescue loans to about 50 years and cutting interest charges.