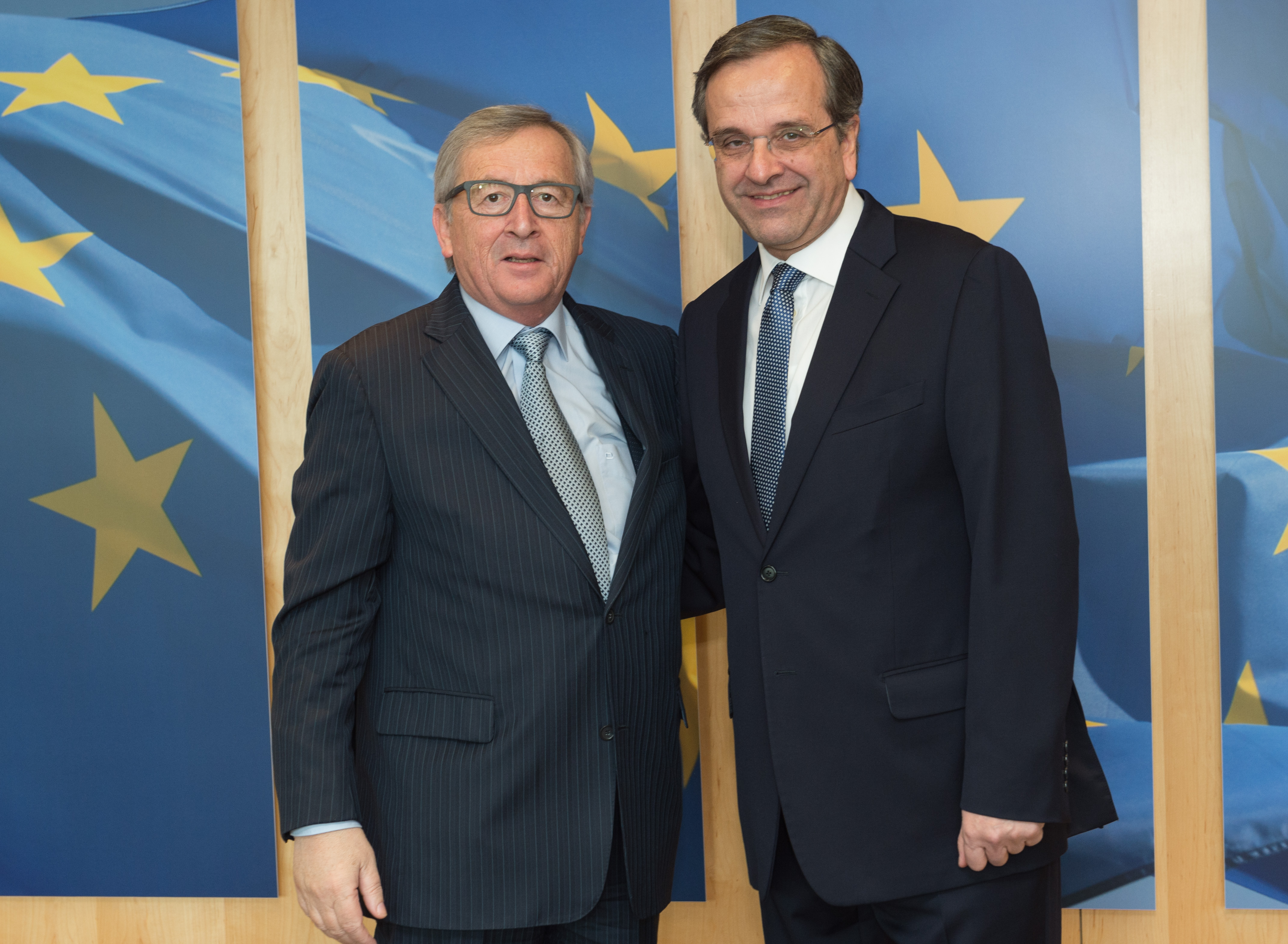 European Commission President Jean-Claude Juncker had lunch with former Greek Prime Minister Antonis Samaras in Brussels today (4 May), where the pair reportedly discussed tactics to avoid a political and economic collapse of Greece.

Samaras, who is now in opposition, was received by Juncker in Brussels for previously undisclosed talks, the Commission said.

EU sources said the pair, who belong to the centre-right European Peoples’ Party (EPP), are likely to discuss tactics to avoid a political collapse in Greece, which would inevitably trigger the country’s bankruptcy.

On 29 April, Samaras was quoted as saying that Greece’s exit from the euro area would be catastrophic, and that he was willing to offer the ruling party political rescue.

Wide differences over pension and labour reforms continued to dog intensive negotiations between Greece’s leftist government and its international creditors, despite progress in other areas, as the country’s cash position becomes increasingly critical.

Government spokesman Gabriel Sakellaridis sounded the alarm on Monday, saying that while Athens intended to meet all its payment obligations, including nearly €1 billion to the IMF by 12 May, it needed fresh funds before the end of the month. It has been borrowing from municipalities and government entities to meet obligations.

“Liquidity is a pressing issue,” Sakellaridis told a news conference. “The Greek government is not waiting until the end of May for a liquidity injection. It expects this liquidity to be offered to the Greek economy as soon as possible.”

The global lender was unyielding in demands for pensions cuts, rules to ease mass layoffs of private sector workers, and opposition to a government plan to raise the minimum wage, Skourletis told Mega TV.

Greek lPrime Minister Alexis Tsipras is reported to be more willing to compromise, and even to temporarily suspend some of his electoral promises by a vote in parliament, but he is not assured that he will have sufficient backing from his own majority for such a move.

Tsipras had said earlier that he may need a referendum to garner public support for a deal that would go against the government’s campaign pledges. Yet, a poll conducted after his remarks showed that a vast majority of Greeks oppose a referendum and want the government to reach a deal with its creditors.