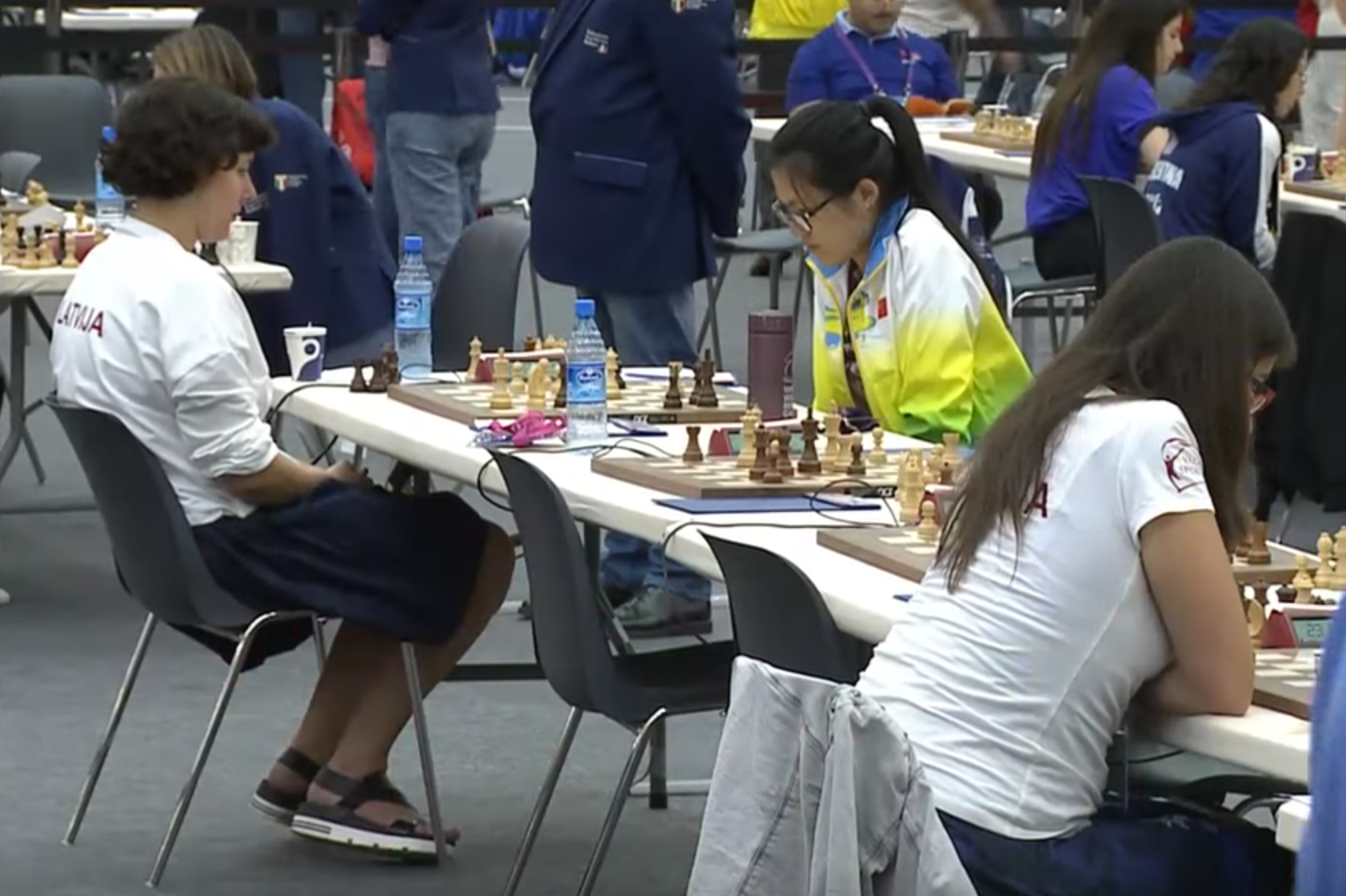 Buoyed by defeating the best woman player in the world, Latvia’s finance minister is to skip a top EU meeting this week to pursue her passion for chess, her spokesman said Wednesday (8 September).

On Monday, Dana Reizniece-Ozola, a Grandmaster for 18 of her 34 years, beat Hou Yifan of China in round four of the women’s team event at the FIDE Baku Chess Olympiad in Azerbaijan.

Her ministry confirmed she would not attend a 9 September meeting of EU finance ministers in Bratislava, Slovakia, in order to keep playing chess.

“The minister is on vacation and will still be in Baku, so Latvia will be represented by the secretary of state in Bratislava instead,” spokesman Aleksis Jarocskis told AFP on Wednesday.

Video footage of the end of Monday’s match showed the minister covering her mouth with her hands in disbelief as she realised she had won.

The full game, with moves and analysis, is available here.

The EU’s top court has ruled that member states are not obligated to grant other EU citizens the same level of protection from extradition that is afforded to its own citizens.

Hou Yifan is the world’s number one female player, rated 2658, whilst the Latvian minister, although a Grandmaster, is more than 400 points behind, on 2243.

Reizniece-Ozola, playing with the white pieces, opened with pawn to C4, known as the ‘English opening’, before beating Hou in 51 moves.

“I am very satisfied, and not only by the fact that I beat the world champion – although of course that doesn’t happen every day! – but also by the quality of the game,” Reizniece-Ozola was quoted by the tournament website as saying after beating Hou.

“My job, being a finance minister, is a very energy-consuming occupation, while chess is energising.

“Especially if you’re a politician, it’s very valuable to have some hobby, something else to do, so that you don’t lose your sense of balance,” added the minister, who is ranked 318th among the world’s women players.

Despite the minister’s victory over Hou – described as “sensational” by the Latvian Chess Federation — her country eventually lost against China.

“For chess fans (Reizniece-Ozola’s) victory is so emotionally pleasing even taking into account the team’s loss,” the federation said on its website.

A former economy minister, Reizniece-Ozola, a member of the centre-right Greens and Farmers Union political party is tipped by some in the Baltic state of two million as a possible prime minister after elections in 2018.