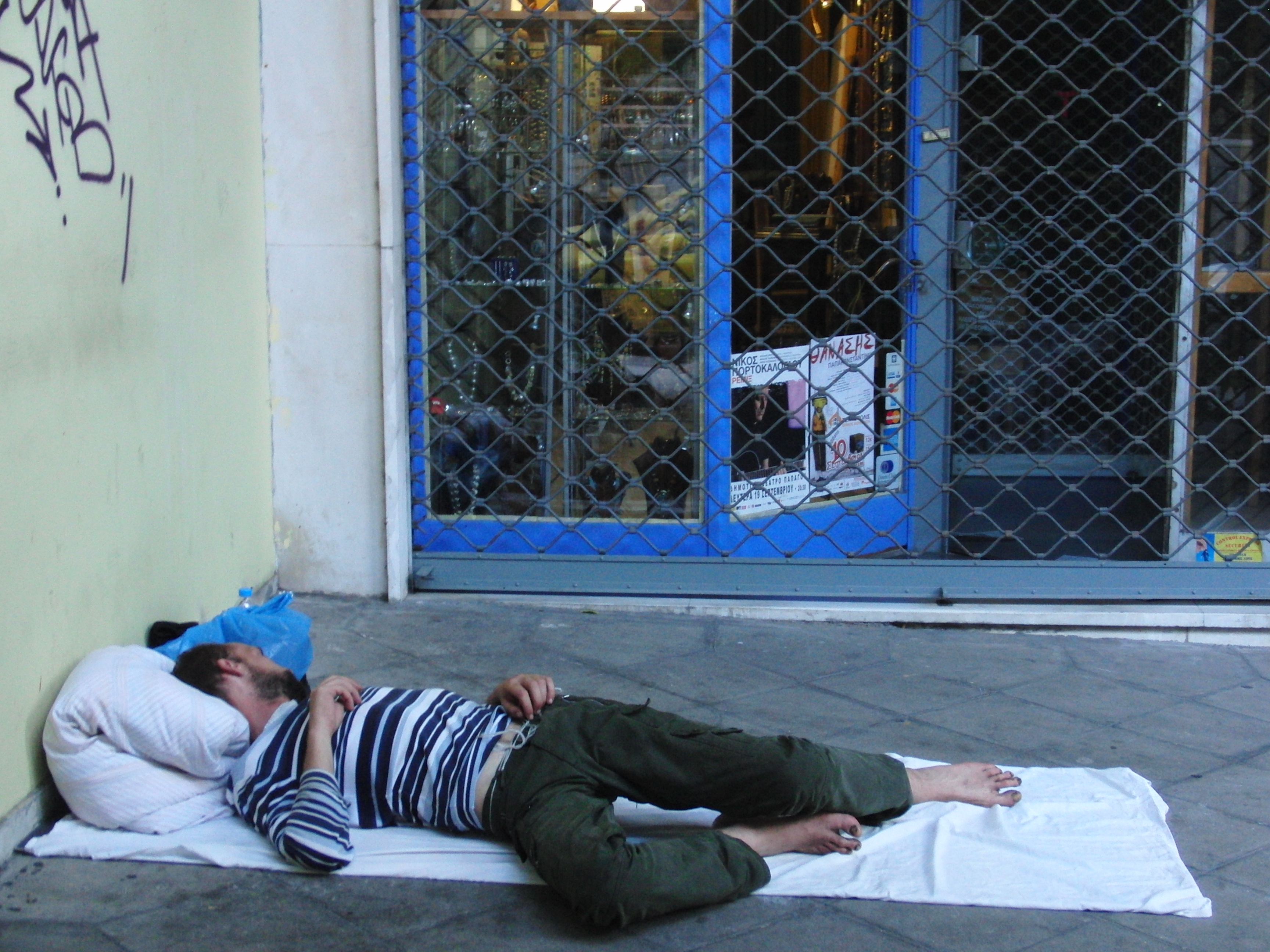 Up to 15,000 Athenians are estimated to be homeless. [Protnarios/Flickr]

Greece will need far bigger debt relief than eurozone partners have been prepared to envisage so far due to the devastation of its economy and banks in the last two weeks, a confidential study by the International Monetary Fund seen by Reuters shows.

The updated debt sustainability analysis (DSA) was sent to eurozone governments late on Monday (13 July), hours after Athens and its 18 partners agreed in principle to open negotiations on a third bailout program of up to €86 billion in return for tougher austerity measures and structural reforms.

“The dramatic deterioration in debt sustainability points to the need for debt relief on a scale that would need to go well beyond what has been under consideration to date – and what has been proposed by the ESM,” the IMF said, referring to the European Stability Mechanism bailout fund.

European countries would have to give Greece a 30-year grace period on servicing all its European debt, including new loans, and a very dramatic maturity extension, or else make explicit annual fiscal transfers to the Greek budget or accept “deep upfront haircuts” on their loans to Athens, the report said.

It was leaked as German Finance Minister Wolfgang Schäuble disclosed that some members of the Berlin government thought Greece would have been better off taking “time-out” from the eurozone rather than receiving another giant bailout.

The IMF study said the closure of Greek banks and imposition of capital controls on 29 June was “extracting a heavy toll on the banking system and the economy, leading to a further significant deterioration in debt sustainability relative to what was projected in our recently published DSA”.

European members of the IMF’s executive board tried in vain to stop the publication of that earlier study on 2 July just three days before a Greek referendum that rejected earlier bailout terms, sources familiar with the discussions told Reuters.

Greek Prime Minister Alexis Tsipras and his former finance minister, Yanis Varoufakis, seized on the IMF study as vindicating their argument that the proposed bailout was unsustainable and that Greece was right to demand debt relief.

The latest IMF study said Greek debt would now peak at close to 200% of economic output in the next two years, compared to a previously forecast high of 177%.

Even by 2022, the debt would stand at 170% of gross domestic product, compared to an estimate of 142% issued just two weeks ago.

Gross financing needs would rise to above the 15% of GDP threshold deemed safe and continue rising in the long term, the updated IMF study said.

Moreover, the latest projections “remain subject to considerable downside risk”, meaning that eurozone countries might have to provide even more exceptional financing.

In the laconic technocratic language of IMF officialdom, the report noted that few countries had ever managed to sustain for several decades the primary budget surplus of 3.5% of GDP expected of Greece. As soon as Athens had swung into a small surplus before debt service last year, the government had failed to resist political pressure to ease the target, it noted.

The IMF study also appeared to challenge the assumption by some European officials that Greece will be able to meet some of its financing needs from the markets in 2018.

“Borrowing at anything but AAA rates in the near term will bring about an unsustainable debt dynamic for the next several decades,” it said.