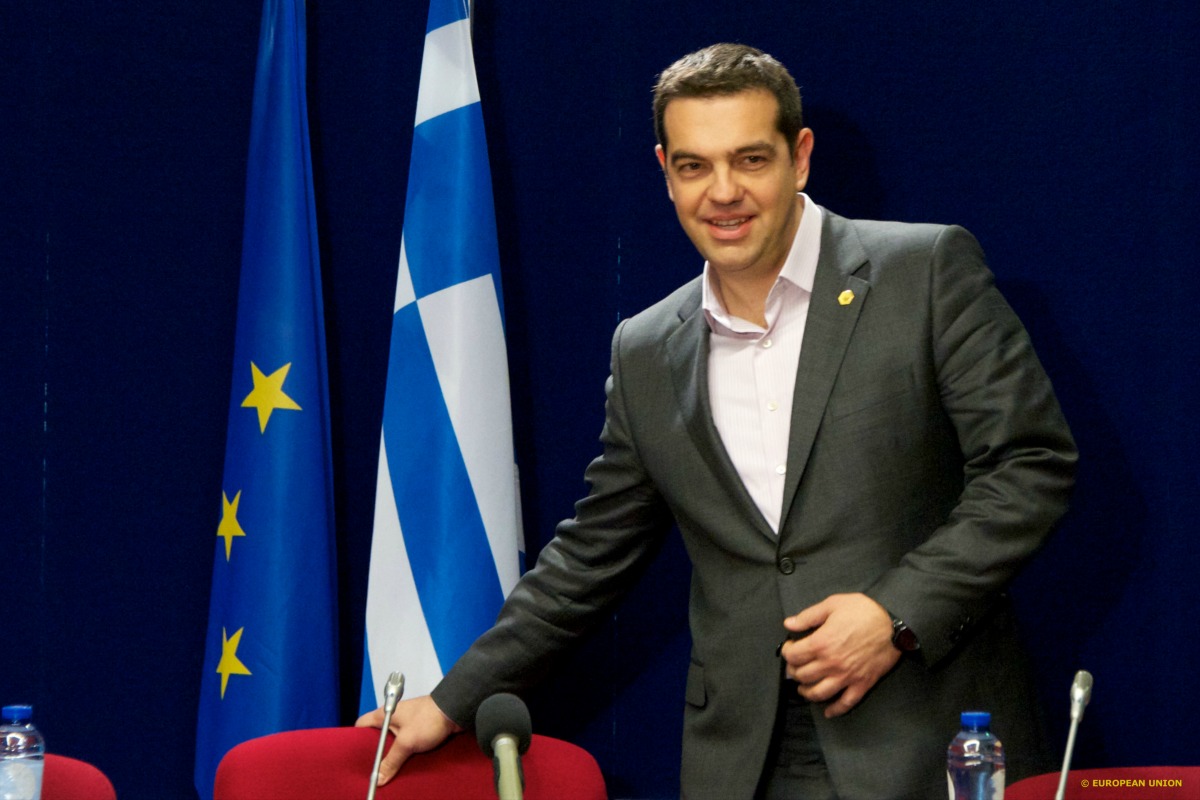 German Chancellor Angela Merkel will receive Greek Prime Minister Alexis Tsipras, who has blamed her insistence on tough austerity for his country’s “humanitarian crisis” of poverty and mass unemployment.

Spain’s economy minister Luis de Guindos tightened the screws on Athens Sunday, by insisting that it will not receive any money until it implements all its proposed reforms.

Merkel also insists that if cash-strapped Greece wants more bailout loans, of which Germany stumps up the biggest share, it must accept the bitter medicine of cuts and reforms.

“There is the political world of Greece, where a left-wing government faces a society in collapse, (of) societal decay… as grave as anything we have seen in western Europe since 1945,” he told AFP.

“The other world is a content country that is dominant in Europe, Germany, which worries about maintaining its economic happiness, and which is now being asked to help the other, under conditions it doesn’t fully understand.”

As tensions have flared, bitter historical memories have resurfaced, as Tsipras’ government has revived reparation claims for the brutal Nazi occupation of Greece in World War II — an issue which Berlin considers settled.

When Tsipras took power in January, he lost no time before laying flowers at a memorial near Athens for dozens of Greek leftists executed by German occupation troops in 1944.

The two months since have seen a war of words escalate between Greek Finance Minister Yanis Varoufakis and Germany’s Wolfgang Schäuble, who has been caricatured in Nazi garb in a Greek newspaper.

This month, the Greek embassy launched a formal complaint about disparaging comments it said Schäuble had made about Varoufakis.

The latest flare-up was sparked by a video clip ostensibly showing Varoufakis in 2013 giving the middle-finger gesture to Germany in footage he has vehemently labelled a fake.

Seeking to overcome the tensions, Merkel said last week she was looking forward to in-depth talks with Tsipras, who would be received with military honours at 1800 GMT.

“We will have some time to talk in detail, and perhaps even argue,” she said last week, while quashing expectations that a solution to the Greek debt crisis would be found quickly.

She reiterated her opposition to a “Grexit” of Greece leaving the currency union, saying that “if the euro fails, Europe fails,” and insisting a solution could only be reached at the European level.

To pave the way for the summit, German Foreign Minister Frank-Walter Steinmeier will meet his Greek counterpart Nikos Kotzias in Berlin Sunday.

Greece’s creditors agreed in February to extend its $240-billion euro ($255 billion) bailout by four months in exchange for promises of further reforms.

At an EU summit last week, Greece lobbied Brussels to release vital funds to help it make payments to creditors in coming days, and avoid bankruptcy and a possible exit from the euro.

The ongoing negotiations have fuelled popular opposition in Germany to the new Greek government, as many voters fear public funds are disappearing into a bottomless well.

Mass-circulation daily Bild last month asked readers to send in selfies holding up “Nein” (no) signs it had printed to protest against the German parliament approving emergency aid for Greece.

Some German lawmakers have openly mused about how the eurozone could survive a “Grexit” – an outcome that more than half of Germans would welcome, according to a recent poll.

Funke said many German taxpayers have a distorted view of Greece, in which “the new government is doing whatever it wants, the Greeks are lazy… and now they’re giving us the finger.”

Despite such “rampant prejudice” and ill-will on both sides, said Funke, “the hope is that there can be a historical compromise, which presupposes that the partners trust each other.”

The European Union offered Greece funds Friday to deal with what it called a humanitarian crisis, after the Prime Minister Alexis Tsipras vowed to clarify bailout reform pledges demanded by creditors.