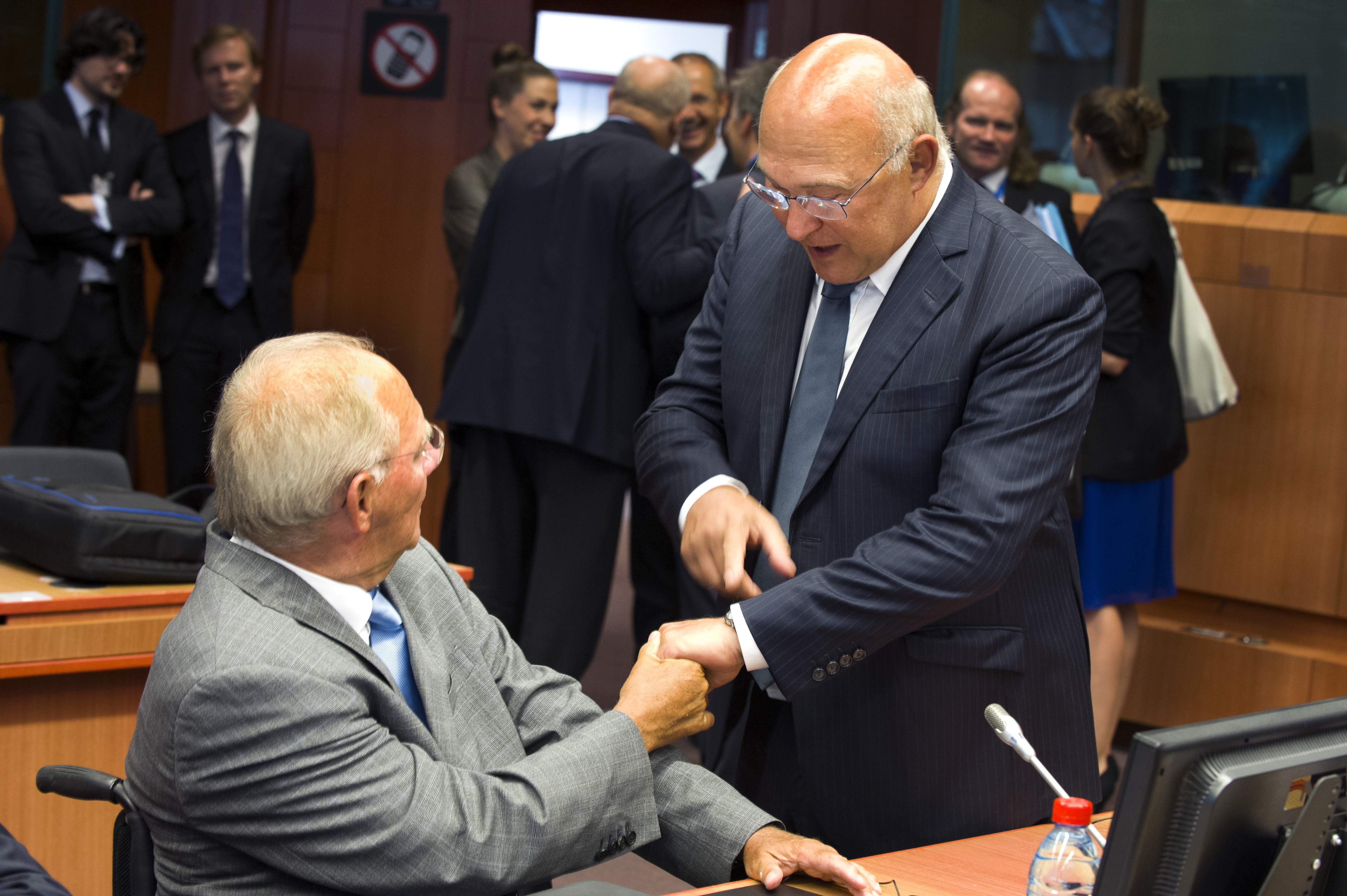 The two leaders are expected to unveil a joint proposal on the future of the eurozone by the end of 2016, once they have set aside their own differences over how to pursue integration. EURACTIV France reports.

For Germany’s Minister of Finance Wolfgang Schäuble, the situation is clear: whatever differences may exist, progress is vital. “Europe is currently facing major challenges. It is our shared responsibility to move Europe forward,” he said.

Known as a strong advocate of tight monetary and fiscal policy, the minister spoke at the 48th French-German Economic and Financial Council, a biannual discussion forum held between the two countries.

“François Hollande and Angela Merkel will make a joint proposal on the integration of the Economic and Monetary Union by the end of the year,” said Michel Sapin, the French minister of finance. This proposal is likely to be a compromise between Hollande ‘s desire to create a real eurozone budget, along with a separate eurozone parliament, and Merkel’s more cautious position.

But if the two leaders are clearly eager to work together, the project has so far made little concrete progress.

Since the publication of the Five Presidents’ Report on the future integration of the Economic and Monetary Union, a lack of political consensus between member states has meant that none of the proposals put forward by the European leaders has yet been put into action.

The European Commission did make proposals of its own last autumn, but eurozone members were divided over how to implement them.

But major disagreements between France and Germany over bank deposit guarantees, the last pillar of the banking Union, have held up progress.

So it was on this subject that the ministers attempted to smooth over their differences. “It is not possible to make progress on solidarity if there is no solidarity between the banks,” Jens Weidman the president of the German central bank, stressed.

Sapin’s response was similar. He said that “greater solidarity would only be possible with lower risks”, and that it was important to advance simultaneously on both issues.

The establishment of a deposit guarantee scheme would mean in effect that banks in countries like Germany could come to the rescue of the Spanish banks, should the need arise. But the risk of bank defaults in Southern Europe still appears far greater, and this has made the bigger EU countries cautious.

Despite the increasingly anti-European leanings of other members of the French government, Sapin joined his German counterpart in emphasising the need for more European integration to support economic growth.

The two sides also used the forum as an opportunity to ask the European Commission to accelerate its work on the Anti-Money Laundering Directive, which is supposed to enter into force by mid-2017, as well as its efforts to combat the illicit trade in cultural goods. After the Paris attacks in January and November 2015, this comes under the EU’s efforts to fight terrorism financing.

The French and German governments have been strengthening their cooperation on economic and financial policy since the 1980s. The French-German Economic and Financial Council (CEFFA), brings together the economy and finance ministers of the two countries, along with leaders from the two governments and central banks, and takes place alternately in France and Germany.

Its aims are to: