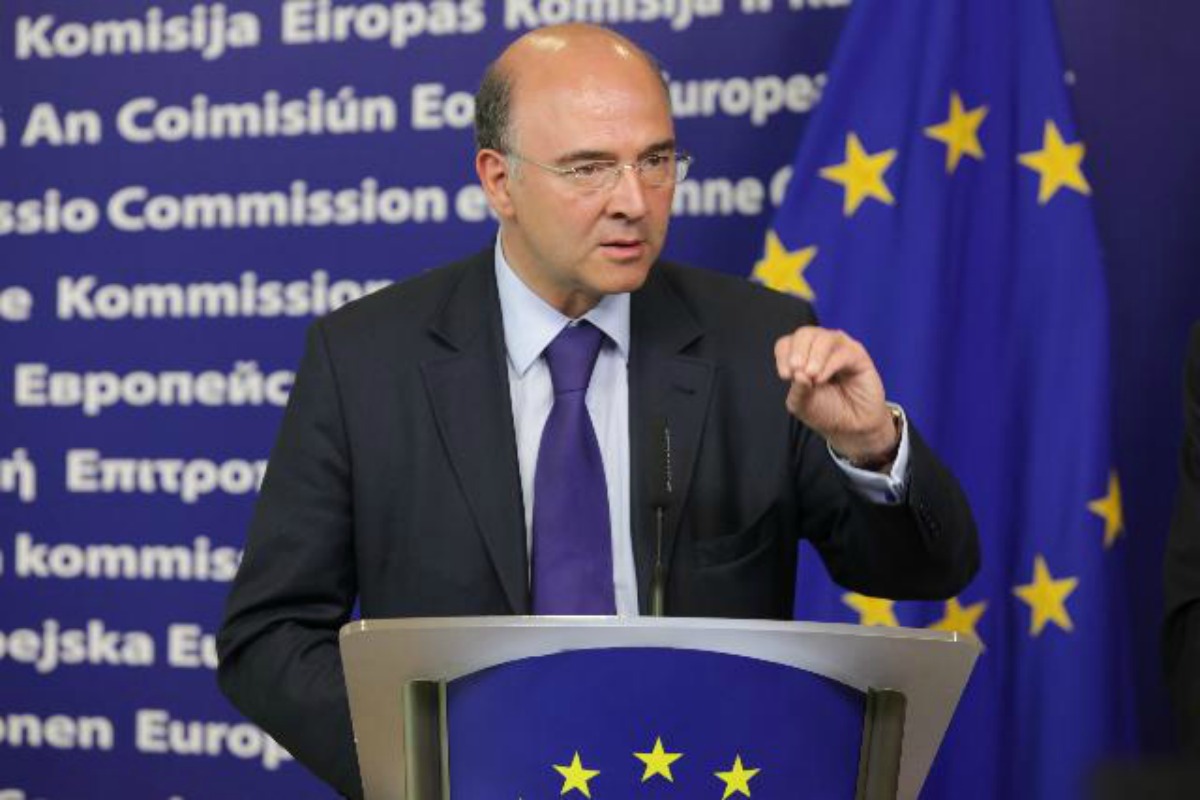 The nomination of Pierre Moscovici for the economic affairs portfolio in the new European Commission has generated strong reactions from both the right and left of France’s political spectrum.

With the nomination, announced on Wednesday (10 September) by the incoming European Commission President Jean-Claude Juncker, France succeeded in getting the economics portfolio, which was its first choice.

“This nomination is in line with what France requested and what we hoped for,” said Stéphane Le Foll, the government’s spokesperson and agriculture minister.

Moscovici now faces a tough hearing in the European Parliament, scheduled for late September or early October, where critics are expected to question his ability to maintain France within the bonds of the Stability and Growth Pact. The pact limit public deficits to 3% of GDP.

The former French finance minister will be able to rely on the support of the socialist delegation in the European Parliament, who applauded his appointment. They said Moscovici’s nomination flies “in the face of Europe’s conservatives”.

The socialists also underlined that the Frenchman will hold “an essential portfolio in the fight against tax havens,” one of the key topics in their European election campaign.

“The nomination of Pierre Moscovici is a historic opportunity to change European economic policy in order to finally revive growth,” added Hugues Bayet, a Belgian socialist MEP and member of the Parliament’s economic committee.

However, the responsibilities given to the incoming commissioner have incensed the right-wing of the French political class, who pointed the finger at France’s growing public deficit.

The French government had committed to reducing its public deficit in 2014. But it announced the deficit would in fact rise to 4.4% of GDP, just hours before the final distribution of Commission portfolios was announced on Wednesday.

“This is all wrong!” exclaimed Françoise Grossetête, a French MEP from the centre-right European People’s Party (EPP).

“On the same day that France announces a fresh postponement of its public deficit objectives and sees a downturn in its economic growth forecast, Pierre Moscovici is named as commissioner for economic and monetary affairs! What kind of legitimacy will he have to advise the other member states on matters of economic policy?”

Juncker denied suggestions that the appointment was inappropriate and said the situation of France’s public finances is exactly what makes Pierre Moscovici the ideal candidate for the portfolio.

“I thought it relevant that those who best understand the problems of certain countries come from those countries. I will not go into detail on the condition of the French budget, you have seen the figures that were announced this morning, but Pierre Moscovici is well placed to resolve this problem,” Juncker told a press conference on 10 September.

Others fear that Pierre Moscovici’s powers will be heavily controlled by the vice-presidents of the new Commission. In fact, according to his mission letter, Moscovici is to “work closely” with the Vice-President for Jobs, Growth, Investment and Competitiveness Jyrki Katainen, a Finn, and the Vice-President for the Euro and Social Dialogue, Valdis Dombrovskis, of Lithuania, both of whom are advocates of budgetary discipline.

“Pierre Moscovici will be reporting to two vice-presidents who have brought about the economic recovery in their own countries that the French have not,” explained Alain Lamassoure, president of the Union for a Popular Movement (UMP) in the European Parliament.

But the supervision could be much tighter and also include a veto right for vice-presidents who will have power “to stop any initiative, including legislative initiatives” of commissioners working under their watch, Juncker said.

French opposition politicians were quick to denounce the decision and spoke of an unacceptable “tutelage” for Moscovici.

“For the first time in its history, France has no autonomous European commissioner,” said Philippe Juvin, spokesman of the French Delegation of the centre-right EPP group in the European Parliament. According to Juvin, Moscovici will need to have all his decisions validated before they are agreed to.

“This puts France to shame. It reflects a sad reality: the slow death of the French influence in the EU,” said Juvin.

Reactions to other nominations

The French Commissioner is not the only one to face negative opinion in France. The Spanish candidate, Miguel Arias Cañete, who was nominated at the Energy and Climate, triggered strong reactions from the green French party and NGOs.

The nomination of Jonathan Hill to financial services regulation, was criticised by some French MEPs. “It’s an aberration to split the Economic and Monetary Union and the financial markets in two portfolios!” said Pervenche Berès, president of the French Socialist delegation in the European Parliament.

However, the appointment of the Hungarian commissioner was the most criticised. Close to Viktor Orban and member of the party Fidez, his nomination has raised very strong protests.

For Guillaume Balas, a French socialist MEP, naming the former Hungarian minister of justice as commissioner of culture, youth and citizenship was, “in the best case scenario a challenging test and in the worst case a loss of face for Juncker”.

“He shouldn’t have accepted such a nomination and we will reject his application” warned Pervenche Berès.

Following the European summit of 30 August, the Polish Prime Minister, Donald Tusk, and the Italian Minister for Foreign Affairs, Federica Mogherini, were named the next President of the Council and the High Representative of the EU for Foreign Affairs respectively.

Jean-Claude Juncker then announced how the different portfolios would be distributed between the commissioners. The member states have been putting pressure on Mr Juncker to assign them “important” portfolios.