Greece and its European creditors are “very close” to an agreement that would open the way to vital debt talks, EU Economy Commissioner Pierre Moscovici said on Monday (28 November).

But first, Moscovici said on a two-day visit to Athens, the Greek government had to complete an ongoing audit of its latest fiscal reforms to enable a “package deal” on further structural changes and debt talks.

“I think we are very close to an agreement… if we are capable of concluding the review, then we must absolutely open…debt talks,” he told Greek Prime Minister Alexis Tsipras.

“It cannot be done… in just one meeting, but (there needs to be) a sequence which leads to a global agreement,” he said, referring to a eurozone ministers meeting on December 5 at which the debt issue is expected to be discussed.

“We need to reach a staff-level agreement by the end of this week… it’s absolutely doable,” Moscovici then told reporters.

Greece’s leftist-led government is desperate to reach agreement with the creditors on the new fiscal measures before the end of the year in order to secure a pledge of debt relief, hoping it will kickstart the ailing economy.

Eurogroup head Jeroen Dijsselbloem and German Finance Minister Wolfgang Schäuble, in a move likely to anger Athens and the IMF, warned yesterday (7 November) it would be impossible to draw up fresh debt relief for Greece by year’s end.

Athens is also hoping that a deal will persuade the European Central Bank to include Greek sovereign debt in its asset purchase programme, known as quantitative easing or QE.

Without debt relief, the ECB will not grant Greece access to QE, and without this, the country will not be able to return to borrowing markets by early 2018, Finance Minister Euclid Tsakalotos said on Monday.

Greece’s debt will grow to €315 billion ($334 billion) or around 180% of output this year, according to the Greek finance ministry.

ECB executive board member Benoit Coeure, who is also in Athens, said there were “serious concerns” about the sustainability of Greece’s crushing debt. 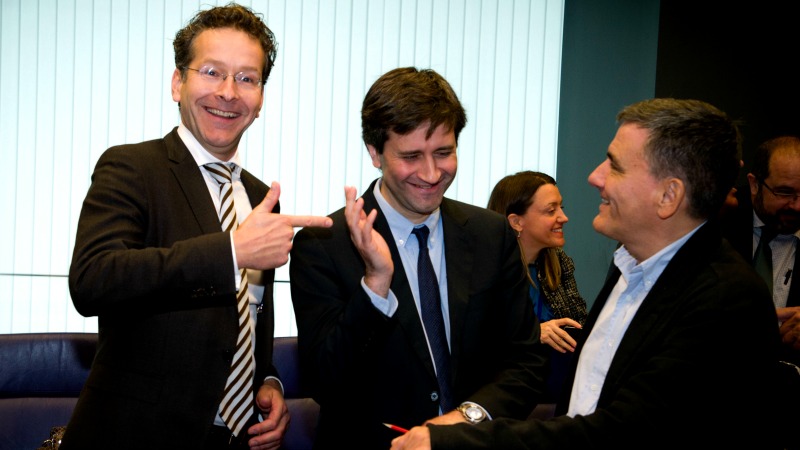 Eurozone ministers on Monday unlocked €1.1 billion for Greece from its huge third bailout after it delivered the necessary reforms, but held back more funds amid doubts from Germany.

“All stakeholders in the Greek adjustment programme realise that there are serious concerns about the sustainability of Greek public debt,” Coeure told an Athens conference.

“We are looking forward to a solution that can reassure markets,” he said, one that would “allow the full involvement of the IMF in the programme (to) enhance the programme’s credibility.”

The goal is to “ultimately restore market access for Greece before the (present EU bailout) ends in July 2018,” Coeure said.

The International Monetary Fund has said it won’t join the latest bailout – Greece’s third since 2010 – until it sees a concrete plan from the Europeans to substantially cut the debt burden.

Despite strong opposition by Germany, Eurogroup chief Jeroen Dijsselbloem has said “short-term debt measures” could be discussed in December.

Moscovici on Monday told the Ethnos daily that “the conditions are adequate” to allow the issue to be raised at next month’s ministerial meeting.