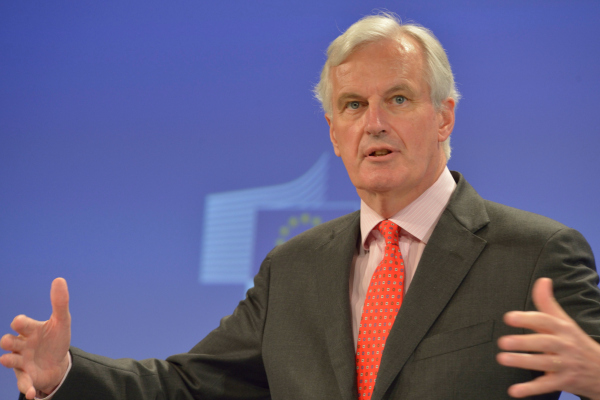 The European Commission proposed on Wednesday (10 July) creating an agency to salvage or shut failed banks and giving itself the ultimate power on when to do so. But the absence of an immediate backstop fund to pay for a clean-up means it may struggle to do its job.


Working in tandem with the European Central Bank as supervisor, the new authority is supposed to wind down or revamp banks in trouble. It is the second pillar of a 'banking union' meant to galvanise the euro zone's response to the crisis.

If agreed by EU countries, the agency will be set up in 2015 and will eventually have the means to impose losses on creditors of a stricken bank, according to the blueprint.

Wednesday's announcement in Brussels received a cool response in Berlin, where a government spokesman said it would give the European Commission powers beyond that foreseen under basic EU law. The proposal – as EURACTIV reported earlier this week – envisages that the Commission would have the final trigger in winding down a bank.

EU Commission officials were so concerned about their proposals becoming public that they printed them using a type of 'invisible ink' technology to blank out the text if scanned.

As it is proposed, the new board would have authority over all 6,000 banks in the eurozone. If a bank were to run into trouble, the ECB would inform this executive board, which could then vote on whether to close or salvage the bank.

The Commission hopes that this group, which will vary according to the bank, will plan for any emergency, leaving little to decide at short notice should a lender face collapse.

But the new authority will be handicapped by the fact that it will have to wait years before it has a fund to pay for the costs of any bank wind-up it orders. In practice, this means it could be very difficult to demand any such closure.

Officials say the plan foresees tapping banks to build a war chest of €55 billion to €70 billion but that is expected to take a decade, leaving the agency largely dependent on national schemes in the meantime.

"The idea is to break this link between a banking crisis and sovereign," said Michel Barnier, the commissioner in charge of financial regulation, emphasising, however, the need for good bank management rather than a pan-European backstop.

"In the first few years, of course, the funding will be more modest," he said, adding that the fund should be able to borrow.

Criticism of scheme from analysts

But analysts were critical. "The key problem is that without the ultimate access to fiscal resources, it will be very difficult to agree to shut down a bank," said Guntram Wolff of Bruegel, a Brussels think tank.

Under the plan, the EU's executive will not call for an explicit backstop role for the eurozone's rescue fund, the European Stability Mechanism (ESM).

The lack of funds at the outset or recourse to the ESM undermines a central goal of banking union – to sever the 'doom loop' that forms as banks buy ever more government bonds from home states.

Any suggestion of putting such a safety net in place faced stiff resistance from Germany, which feared that it could be left on the hook for problems uncovered in Spain's banks or elsewhere, when the ECB starts policing the sector next year.

Furthermore, the 'resolution board' that decides on bank wind-downs will be forbidden from imposing decisions on countries, such as demanding the closure of a bank, if that would result in a bill for that nation's taxpayer.

"If in a resolution plan, national public money is … necessary, the government of the country has to give the go ahead," said Barnier.

Scepticism that the agency could work was echoed by Sven Giegold, an influential German member of the European Parliament.

"Behind all this is an unholy alliance between Germany, which is scared about talk of common liability [for banks] before elections, and France, scared of giving up sovereignty."

The reform is presented as a pillar of 'banking union', a scheme designed to underpin confidence in the eurozone and end the previously chaotic handling of cross-border bank collapses, such as Dexia.

The original commitment, made at the height of the currency bloc's crisis, was to prevent heavily indebted countries from having to contain problems at their banks alone, such as those that nearly bankrupted Ireland.

But last year's pledge by the European Central Bank to take whatever steps needed to back the single currency has calmed investor nerves, taking the pressure off countries to follow through. The proposal on Wednesday will likely dismay the ECB.

Speaking on Tuesday ahead of the announcement, Jörg Asmussen, a member of the six-member Executive Board that forms the nucleus of the ECB's policymaking, underscored the need for a "European backstop" for the resolution agency.

In reality, the agency's freedom to act may be limited, forcing the European Commission to continue to use state-aid rules to enforce order when governments prop up weak banks. Those rules change from August, placing the burden on shareholders and junior debtholders in any such restructuring.

The scaling down of the plan is partly in response to Berlin's reluctance to surrender autonomy to a new agency. Germany has been particular sensitive as Chancellor Angela Merkel faces national elections in September.

"A single resolution fund – financed by banks on the basis of their risk profile – is essential to break the dangerous link between sovereigns and their banks. A similar protection should be granted to taxpayers and depositors in all the countries participating in a banking union. The Socialists and Democrats are also convinced that a true banking union should also include a reform of the structure of the European banking system through a separation between retail banking and the most speculative activities," according to Ferreira.

“I welcome this courageous proposal of Commissioner Michel Barnier. The Commission continues its comprehensive construction of banking union, and that is a good thing,” said French MEP Jean-Paul Gauzès, European People’s Party spokesman on economic and monetary affairs.

“A single banking resolution mechanism for crisis-hit banks is indispensable to complete banking union and to avoid taxpayers paying to salvage banks in difficulty,” Gauzès said.

"The Commission has done its job. It is now up to the Council to show that it also means business and is prepared to see through on its rhetoric of creating a stable banking sector in Europe that is the fundamental requirement to economic recovery. The crisis has taught us the need for a centralised system that applies the rules consistently and uniformly, free from undue political pressure," said Belgian MEP Guy Verhofstadt, president of the Alliance of Liberals and Democrats for Europe.

"Germany has not found any allies to support its legal position. The German government is putting the common efforts to establish a European banking union at risk by using spurious legal arguments,”said German MEP Sven Giegold the Greens' spokesperson on economic and financial affairs and co-rapporteur on banking union.

“This is irresponsible because effective banking resolution is a vital part of the banking union which is a vitally important tool to face the European crisis. Further delays will increase poverty and unemployment in Europe."

On 13 December the EU finance

ministers breached agreement on the basic mechanism for a single supervisory authority over eurozone banks – the key first step to a banking union.