The latest draft of the fiscal compact – which we reveal here – includes a new clause compelling countries to ratify the pact or face losing lines of bailout cash as a penalty.

The clause comes in the preamble to the treaty, which now says that lines of bailout money from the European Stability Mechanism will be conditional on ratification of the treaty by the contracting parties.

The measure would apply added pressure to those eurozone states reliant on bailouts and under domestic pressure to hold referendums, and above all Ireland, where such a referendum would be close-fought. 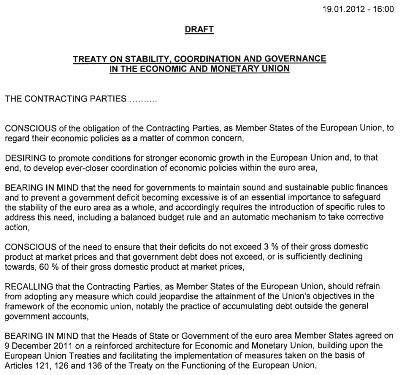