No bailout required to save Slovenian banks: EU sources 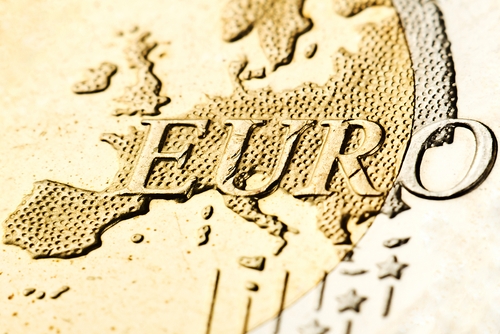 Slovenia is expected to need as much as €5 billion to recapitalise its banks, according to sources familiar with the matter, a figure some officials claim would not require an international bailout.

Slovenia's government is determined not to seek international aid and one government official recently said that even were the bill for repair to reach €4.6 billion it would not trigger a request for help.

The banks are nursing some €8 billion in bad loans, equivalent to almost one quarter of economic output, raising speculation that Slovenia, with a population of just 2 million, might become the sixth euro zone economy to need outside help.

On 13 December, the government will receive the results of an external audit of the banks, which will say how much cash the government must inject to keep them afloat.

"The latest figure we have for Slovenia is 5 billion euros," a senior euro zone official familiar with the situation told Reuters.

A second official said that €5 billion was likely to be the upper limit and that it could be as low as €4 billion. He said it was unlikely this range would require an international bailout for the ex-Yugoslav republic.

A source close to the government of Prime Minister Alenka Bratusek told Reuters last week that the country was able to cope with a gap of €4.6 billion.

Slovenia's stock market suspended trade in its banks' shares and junior bonds on Monday, until the publication of results of bank stress tests next week.

Credit-rating agency Fitch has said that under the worst-case scenario, Ljubljana will have to recapitalise its mostly state-owned banks with €4.6 billion – far more than the €1.2 billion it has set aside.

Despite the uncertainty, investors' interest in Slovenia is increasing, with one single unnamed buyer snapping up a €1.5 billion bond issue in November.

But Slovenia could yet follow Greece, Ireland, Portugal and Cyprus in seeking a national bailout from the euro zone, European Central Bank and the International Monetary Fund.

Slovenia's economy was badly hit by the global financial crisis and relapsed into recession in 2012 due to a slide in exports, a credit crunch and a fall in consumer spending after budget cuts.

The government has embarked on a programme of reform including tax hikes, spending cuts and privatisations.

It is considering selling a number of state companies including Telekom. Germany's Deutsche Telekom is a potential bidder.

Burdened by some €7.9 billion of bad loans in its mostly state-owned banking sector, Slovenia is struggling to avoid becoming the eurozone's sixth member to seek international financial assistance.

Estimates suggest a bailout for Slovenia, which joined the EU in 2004 and the eurozone in 2007, could run to €5 billion, mostly for shoring up its banks.

Although small by the standards of Greece or Ireland, a bailout would be politically awkward when the eurozone is also wrestling with financial woes in Spain, Italy, Portugal and Cyprus.

In May, Slovenia took drastic steps to avoid an international bailout, announcing a decision to sell 15 state firms including its second largest bank, biggest telecoms operator and national airline.

0 responses to “No bailout required to save Slovenian banks: EU sources”