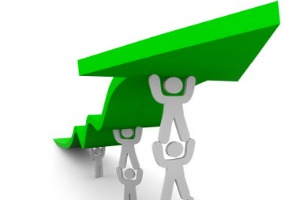 The OECD called on EU leaders today (22 May) to ease the pace of austerity, saying aggressive budget cuts to curtail the eurozone's debts threaten to suck the currency area into a downward spiral that could spill over into the global economy.

German-led fiscal austerity policies have so far dominated the European Union's approach to solving Europe's devastating public debt crisis as leaders try to win back investors' confidence. But efforts to reduce deficits have caused the eurozone's economy to stagnate, making it harder to reach EU-mandated targets.

The drag on growth was evident in the Paris-based think tank's forecast for the 17-nation euro zone, which sees the bloc's economy shrinking 0.1% this year and only growing 0.9% in 2013 – less than half the United States' projected growth next year.

Unemployment is likely to reach a new record of 11.1% of the working population, it said.

"For Spain and other countries, if there are unforeseen drops in economic activity then the fiscal necessary adjustment which ensues should only be done very gradually," Padoan told Reuters in an interview before the report's official release.

Spain, France and the Netherlands will miss their 2013 deadline to cut to 3 percent or less of gross domestic product unless they take action, the European Commission said this month, which could lead to financial sanctions under EU rules.

But Spain's economy, already in recession, is likely to shrink more this year as Madrid tries to implement the deficit cuts, adding to doubts over the country's ability to manage its finances without emergency aid.

According to OECD calculations, efforts to reduce deficits during a downturn are self-defeating because about one-third of the planned cuts are erased by the contraction in the economy.

Italian Prime Minister Mario Monti has won an ally in new French President François Hollande in trying to shift Europe's focus to growth, as well as reining in debts, and Hollande aims to push measures to boost the economy at an EU summit tomorrow (23 May).

Hollande will meet Spanish Prime Minister Mariano Rajoy in Paris hours before the summit in Brussels and the two are likely to discuss steps to stimulate growth and create jobs.

The OECD signalled its support for the kind of growth measures backed by Hollande, Monti and Rajoy.

They include issuing bonds jointly underwritten by all eurozone countries to recapitalise banks, increasing the resources of the European Investment Bank to fund infrastructure projects and redirecting EU development funds to create jobs.

"Given the likely slow growth of private demand during the prolonged period of adjustment … actions at the European level could help to speed up the process and generate a more propitious environment in which to undertake structural reforms," the report said.

"EU-wide measures would strengthen activity … by boosting confidence and making it easier to achieve the intra-euro rebalancing effort," the OECD said.

BusinessEurope's president, Jürgen Thumann?, said in a letter to EU leaders: "The European Union, particularly the Euro Zone, is at a crossroads. The European Council urgently needs to demonstrate to businesses, investors and citizens across our continent and beyond that it has a coherent and credible plan to resolve the present crisis and put Europe back on the path towards long-tem sustainable growth."

Since the election of French President François Hollande on 6 May, German Chancellor Angela Merkel has come under pressure to relax the austerity measures which she has described as the remedy for the eurozone crisis.

Hollande made clear that he would stick to his campaign promise to renegotiate the EU fiscal pact and add growth components to it, setting himself on a collision course with Merkel, who has already made clear the treaty was not up for renegotiation.

But Merkel also sought to paper over differences by showing her receptiveness to a debate on growth, saying Franco-German unity will be key to reaching agreement at a European summit on 28-29 June dedicated to growth.

An extraordinary summit on 23 May will seek to discuss options, to advance the debate ahead of the June meeting.