By Daniel Tost | EURACTIV.de with Reuters/AFP | translated by Erika Körner 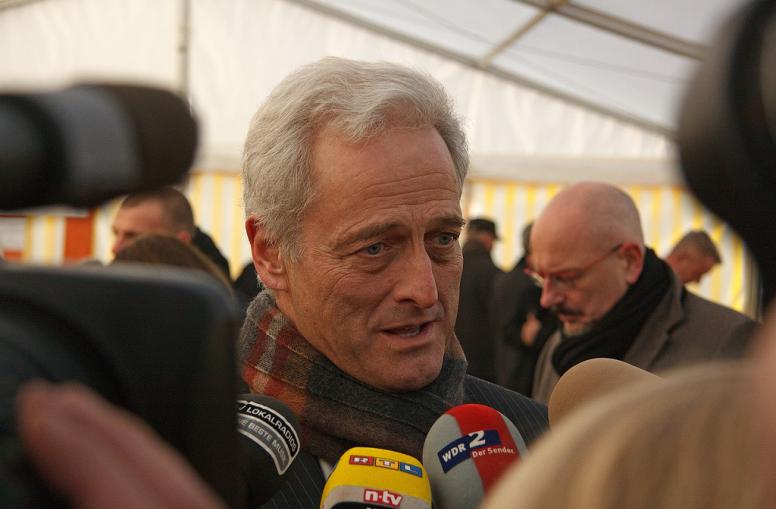 A third bailout Greek package will be decided on before an emergency summit on Sunday (12 July). Opposition to such a measure is growing within Germany’s centre-right. EURACTIV Germany reports.

In the decision over whether to send a new bailout package to Greece, the conservative Christian Social Union (CSU) has been very clear it would rather nurse the country back to health outside of the eurozone.

On Wednesday (8 July), deputy CSU party leader Peter Ramsauer accused the Greek government of a “dirty ploy” on the television broadcaster ZDF. Greek leaders are leading their partners “like dancing bears around a circus ring”, he said.

If the country is repeatedly given a new “final deadline” to present proposals for a solution to the conflict with creditors, he said, no will be able to understand it anymore.

“From an economic perspective, there is only one way: to work on winning back competitiveness with an own currency,” he indicated. Then Greece may be able to rejoin the eurozone after “four, five years”, the conservative politician explained.

Ramsauer criticised the fact that on Tuesday night (7 July), heads of state and government in the eurozone gave Greece another deadline, for Friday morning (10 July), to submit new proposals.

By constantly setting new deadlines, the CSU politician warned, they are just damaging their own credibility in the long run.

The deputy CSU leader said he does not currently see a basis for any kind of negotiation and decisions from the Bundestag. “It cannot go on like this,” he stated. The Bundestag has to agree before negotiations can take place and even that is not an option right now.

In February’s vote over extending the already-expired programme by four months, 29 out of 311 centre-right MPs voted against it, and even more abstained. Even if the first step is just deciding on whether to initiate negotiations over a new bailout package, these legislators can hardly be expected to approve.

Friedrich said he does not know of a single colleague within his parliamentary group who sees a basis for a third bailout package.

In the same vein, CSU Bundestag MP Hans-Peter Uhl expressed his support for a debt haircut to make a Grexit easier. “Greece must leave the euro,” Uhl told Bild.

“Anything else would not do Greece any favours. A partial debt haircut would only be conceivable for this purpose,” the CSU politician continued.

Uhl said he has “considerable doubts that the Greeks will ever be able to or want to pay back their debts”. That is why a debt haircut could only happen along with a Grexit, he emphasised.

It remains to be seen how the more than 100 “yes, but” centre-right politicians will vote, who agreed to an extension in February but submitted critical statements. If these MPs desert Merkel, the Chancellor could suffer considerable damage. That is especially true if opposition within her own party is in the majority.

Critical voices over Greece have also increased in number within the Social Democratic Party (SPD), the centre-right’s coalition partner. Opposition was fueled by harsh comments from party leader Sigmar Gabriel concerning the leftist government in Athens.

Unlike the centre-right, the SPD had so far presented a milder stance on the Greece issue. But parts of the party have begun to lose their patience with Greek Prime Minister Alexis Tsipras and his team.

Germany's parliament approved an extension of Greece's bailout on 27 February after Federal Minister of Finance Wolfgang Schäuble, who has voiced doubts about whether Athens can be trusted, promised it would not be allowed to "blackmail" its euro zone partners.

With 542 lawmakers voting in favour, including almost all of Chancellor Angela Merkel's right-left coalition plus the opposition Greens, it was the biggest majority for any euro zone rescue package so far in the 631-seat chamber.

0 responses to “Opposition to Greek bailout growing in Merkel camp”