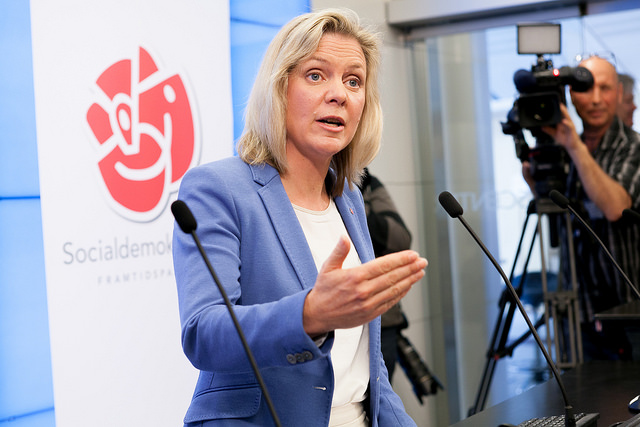 George Osborne, Britain’s Chancellor of the Exchequer, on Monday (24 August) asked Sweden and Denmark to help bolster the influence of non-eurozone countries in the EU.

Prime Minister David Cameron aims to renegotiate the terms of Britain’s membership of the 28-nation bloc, and put the settlement to a national referendum, in 2016.

“We are two big and important EU countries that are not part of the eurozone. Therefore, it’s important that we cooperate to ensure that our interests and rights are protected,” Osborne said.

When the Eurogroup discusses questions that concern all EU countries, all 28 member states have to be part of the discussion from the beginning, Andersson continued.

In July, Swedish and Danish finance ministers backed Osborne in complaining about a Eurogroup decision to use an EU emergency fund for Greece’s bridge financing.

Andersson stated that she hopes that the UK will not leave the EU after the referendum.

“It’s in Sweden’s interest that the UK remains a member of the EU. We are close allies and share many common interests, not least making sure that we have a well-functioning single market. I also believe that the EU will improve if the UK is a member,” the Swedish finance minister said.

British Prime Minister David Cameron has not revealed in full detail what he wants but some of the demands include:

To get what it wants the UK believes it will need to rewrite treaties agreed by all 28 EU members.