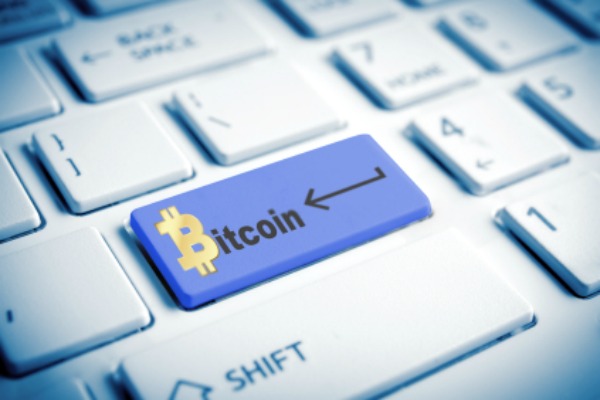 The issue of electronic money, the best known of which is Bitcoin, poses headaches for financial institutions and policymakers alike.

At the end of February, one of the most important trading platforms for the currency, the Japan-based MtGox, went bankrupt. The failure, which was the result of a hacker’s break, marked the onset of bad news for virtual moneys across the globe.

Last week, a Canadian platform, Flexcoin, also went bankrupt after it suffered an attack by hackers. And Autumn Radtke, a young American entrepreneur who was the CEO of First Meta, another trading platform, was found dead in Singapore.

Bitcoin has attracted growing interest since the virtual currency was born in 2009. Its critics accuse virtual currency of promoting money laundering and illegal transactions, its price has gone fluctuated wildly. After reaching $1,242 last December, its value fell down to half of that in three months.

In France, Moscovici asked EU member states on 4 March to launch a European consultation on the regulation of virtual currencies.

“This is an imperative topic to be treated not only at national level but also at European level. In order to ensure this necessary convergence, I intend to request the other countries of the European Union to bring the topic on the agenda of the Ecofin Council,” the minister told the press.

For a year, an inter-ministerial working group has been studying the issue and will submit its recommendations to Moscovici in April 2014.

A report will follow that will provide the basis for France's proposals to EU member states.

“In addition, Pierre Moscovici planned to send a letter to the European Commission in the coming days to bring the topic of bitcoins on the European agenda,” an advisor to the minister told EURACTIV France.

Many European states are wondering about the same issue. In the UK, fiscal authorities have asked whether the currency should be subject to VAT, but gave up.

Not in the regulators’ scope

French authorities recently decided to regulate the buying and selling of Bitcoin against the country's only “legal” currency, the euro. Any conversion of virtual money into real money “is the responsibility of payment services providers”, the regulator said.

Online platforms offering this type of operations must hence be approved by the provider of payment services issued by the national authority, the ACPR in France.

However, this framework remains incomplete. “It does not cover all transactions in Bitcoin. Some can be made by mutual agreement, without the intervention of a third party and without conversion,” said Delphine Amarzit, head of the economy financing of the French Treasury, who was speaking at a hearing in the upper house of the French Parliament.

But regulation can hardly go beyond that, and for a good reason. Bitcoin is not a legal currency issued by a central bank. It is not a payment service either. Hence it is not mentioned in the European legislation on payment services, which is currently under revision.

In a note, the Bank of France recognises this legal vacuum. The Bitcoin is “neither a legal currency, nor a means of payment […] like virtual currencies, the Bitcoin does not fall directly within the scope of supervision and surveillance of competent authorities in payment issues.”

The findings of the European Central Bank (ECB) are the same. In a study on the systems of virtual currencies, the ECB points out that they “are not often linked to a geographical zone or a specific currency, which complicates any regulation or law enforcement.”

For the Bank of France, Bitcoin, along with other virtual currencies, represent a risk.

“The anonymity of transfers of Bitcoin is primarily a risk for the use of this virtual money in criminal purposes (Internet sales of goods and illicit services) or for money laundering purposes or financing of terrorism,” the Bank of France noted on December 2013.

Another recurrent criticism is that Bitcoin holders are taking risks, since no authority ensures the safe storage of this virtual currency against hackers.

Finally, the convertibility of Bitcoin in cash is not guaranteed. “Investors may not recover their funds in currency unless other users want to acquire Bitcoin,” the central bank stressed.

The European Banking Authority (EBA) issued an alert in December 2013 to inform consumers of the risk associated with the use of virtual currencies (volatility, non-convertibility, exposure to hacking, etc.)

Yet at EU level, the debate remains embryonic so far. In the European Parliament, Italian MEP Sergio Paolo Francesco Silvestris (European Peoples’ Party) submitted a draft resolution on the Bitcoin system, calling on the European Commission to address the issue.

For the time being, the Commission is evasive. In an interview with EURACTIV in September 2013, Michel Barnier, the Internal Market Commissioner, stated that the Commission was “working on the issues of electronic money such as bitcoins.”

>> Read the interview with Michel Barnier (in French)

“We’re in close contact with our foreign counterparts, some of whom are way ahead of us and starting to show real concern,” said Jean-Baptiste Carpentier, director of the authority in charge of clandestine financial circuits and intelligence, who addressed French MPs in January.

Bitcoins are a peer-to-peer payment system and digital currency introduced as open source software in 2009 by developer Satoshi Nakamoto.

Bitcoin has been a subject of scrutiny amid concerns that it can be used for illegal activities. In 2013 the American FBI shut down the Silk Road online black market and seized 144,000 bitcoins worth US$28.5 million at the time.

The US is considered Bitcoin-friendly compared to other governments, however. In China new rules restrict bitcoin exchange for local currency.

The European Banking Authority has warned that Bitcoin lacks consumer protections. Bitcoins can be stolen and chargebacks are impossible.