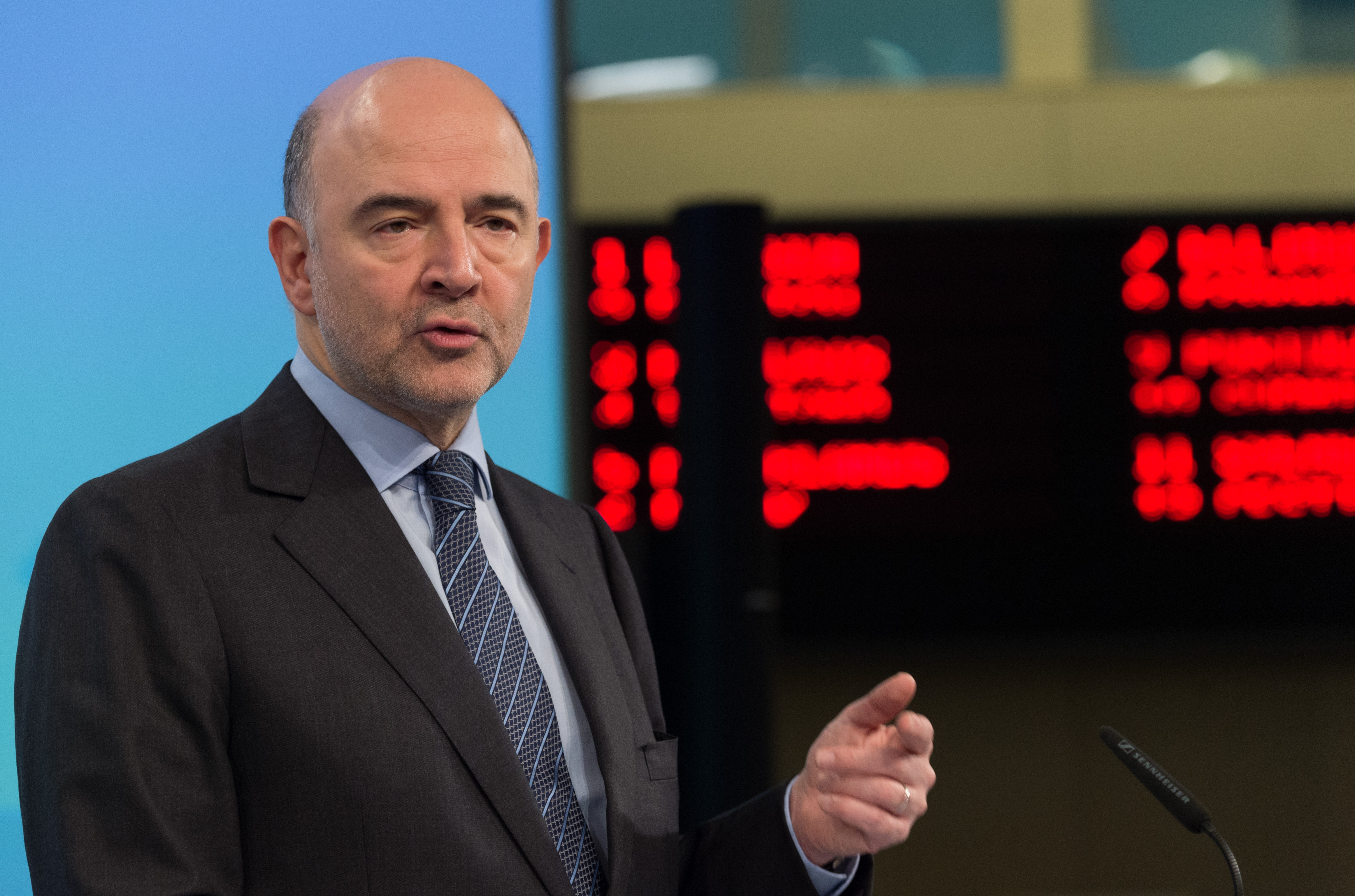 The so-called PIGS (Portugal, Italy, Greece and Spain) are testing the determination of EU authorities to enforce the euro zone’s fiscal rules, which were strengthened during the crisis to ensure greater financial stability.

The uncertain political landscape of the PIGS could also weaken the resilience of the wider European economy, the Commission warned.

“Policy uncertainty within Europe will be one of the downside risks,” said Economic Affairs Commissioner Pierre Moscovici, during the presentation of the EU executive’s winter forecast on Thursday (4 February).

The 2016 outlook for the eurozone economy is slightly worse than the latest projections, issued in November. Growth is projected to reach 1.7% in 2016, compared to 1.8% expected in the autumn. For 2017, the executive maintains its projection of 1.9% growth, rising to 2%  in 2018.

Looking abroad, the situation has also deteriorated. Lower growth prospects in emerging markets, the slowdown of the Chinese economy, and even a collapse of oil prices could all negatively affect an already sluggish European recovery.

“It is a forecast surrounded by risks,” which have only grown bigger since last autumn, the French EU Commissioner told reporters.

Despite those risks, Moscovici believes that the European economy is “successfully weathering new challenges” thanks to the fall of oil prices, low interest rates and the competitive advantage offered by a cheap euro.

>>Read: Moscovici: Europe is less vulnerable than other regions to China slowdown

At odds with the Iberian peninsula

Portugal has emerged as the most pressing issue for the European Commission. In Lisbon, a coalition of left-wing parties has rejected additional efforts demanded by the EU executive to cut the deficit below the 3% GDP target this year.

The College of Commissioners will meet on Friday (5 February) at 2pm to decide whether the Portuguese budget should be sent back to Lisbon for adjustment.

If they do, this would be the first time that the Commission rejects a draft national budget under the new fiscal rules adopted in the midst of the euro zone crisis.

Moscovici refused to say whether the Commission will ask Lisbon for additional adjustments. But EU officials told EURACTIV that it is “trying hard” to bridge the gap between Brussels’ demands and the Portuguese budget—which is estimated at 0.6 percentage points of GDP.

But Europe’s woes do not stop there, as Spain could soon follow in Portugal’s steps. Commission forecasts confirmed that the new government in Madrid would need to find at least €8 billion to bring its deficit to 2.8% of GDP this year, as promised. Under current forecasts, the deficit is expected to reach 3.6% of GDP in 2016.

Pedro Sanchez, the leader of the Socialists, has started negotiations with the left-wing Podemos party, to form a new government. Although Sanchez said in recent days that he would comply with the Stability and Growth Pact, Podemos and other potential coalition partners are against further cuts.

“We do not want to judge Spanish politics,” Moscovici said, stressing however that the deadline to balance public accounts “has to be respected”.

“We have to be very serious on this,” Moscovici insisted, noting the need for additional efforts.

The EU forecast for Spain underlined that risks stemmed mainly from the uncertainty surrounding the formation of the new government. “It is clear that when governments are waiting to be formed, the economy is also waiting for some kind of signal, and that is a risk,” Moscovici explained.

Italy is also giving EU officials a headache due to the numerous calls made by Rome for more flexibility in EU fiscal rules.

The Italian government is trying to convince the EU executive to give it more time to cut down its massive debt, due to the reforms and investment implemented over the last months and the extra spending made to deal with the refugee crisis.

Moscovici said the European Commission is currently discussing this issue with Italian Prime Minister Matteo Renzi, and Finance Minister Pier Carlo Padoan. A decision will be adopted in May.

Rome can enjoy a “certain flexibility”, Moscovici said. But he added that Italy has been the first and only country to get more time to balance its public accounts thanks to the structural reforms implemented.

Meanwhile, Greece brought some positive news to the European picture. The Commission said that the recession in Greece in 2015 was “less severe than expected”.

“Stability has been regained” in the country, Moscovici said, noting that “difficult issues” remained to be solved during the first review of the country’s bailout programme which is expected to begin in the coming days, in particular on pension reform.

European partners are asking more efforts from Greece to contain spending on pensions. But the Greek Prime Minister Alexis Tsipras is reluctant to cut those benefits, as they are the only source of income for many families in the country.

Taking into account the measures announced in the draft budget sent to the Commission on 22 January, the deficit is expected to reach 3.4% of GDP in 2016.

The Spanish recovery is expected to remain robust over the next three years. Output is set to expand by 2.8% and 2.5% in 2016 and 2017 respectively. But the uncertainty surrounding the formation of a new government could hinder the recovery, the Commission warned.

Meanwhile, the structural effort to cut the deficit continues to be insufficient, according to the EU executive. The deficit is expected to fall to 3.6% of GDP in 2016 and by a further percentage point in 2017.

The Italian economy is expected to grow by 1.4% this year and it will continue growing by 1.3% in 2017, according to the forecast.

On the fiscal side, the Commission notes that the deficit is expected to decline “marginally” to 2.5% of GDP, due to the additional spending included in the draft budget for this year. This means the debt ratio would decrease only slightly in 2016 (132.4% of GDP) also due to the worsening structural balance, although it will fall more in 2017 (130.6% of GDP) thanks to higher economic growth.

The economic outlook has significantly improved compared to the autumn forecast. The growth figure for 2015 has been revised upwards, to 0%. While output is expected to contract by 0.7% in 2016, the situation is expected to improve during the second half of this year to reach 2.7% in 2017.