Five French banks declared profits of €45 million in the Cayman Islands, despite having no employees there. [Nick Kenrick/Flickr]

The public country-by-country reporting imposed by Paris on France’s big banks has revealed that they channel more than a third of their profits through countries with advantageous tax laws, a group of NGOs have found. EURACTIV France reports.

Since 2013, the big French banks have been required to publish a detailed country-by-country account of all their activities. This official data reveals extensive use of tax havens by BNP Paribas, BPCE Group, Société Générale, Crédit Agricole and Crédit Mutuel-CIC.

Introduced in France in 2013, public reporting for big banks was also made compulsory on a European level shortly afterwards.

This reporting requires the publication of the names of all the banks’ branches, the nature of their activities, their revenue, employees, profits or losses before tax, the amount of tax paid and public subsidies received.

According to an analysis of the 2014 data carried out by the French NGOs CCFD-Terre Solidaire, Oxfam France and Secours Catholique-Caritas France, the five biggest French banks still make more than one third of their profits, or €5 billion, in tax havens.

The French parliament has finally rejected country by country reporting for the activities of the biggest French companies, refusing to get tough on tax optimisation without the involvement of their European partners. EURACTIV France reports.

But the NGOs highlighted the fact that low tax jurisdictions represented “only one quarter of their activity, one fifth of their taxes and just one sixth of their employees”.

The “discrepancy between the profits declared and real economic activity points to an abusive use of tax havens, to avoid tax or get around certain regulatory obligations”, the report stated.

The five French banks have a total of 16 branches in the Cayman Islands, where they declared profits of €45 million in 2014, without a single employee.

“From the results of this study we see that the era of tax havens is far from over. They are still at the heart of the international strategy of the French banks. How can the strange results recorded in these tax havens be explained, other than by the taxation and regulatory facilities these countries offer?” said Manon Aubry, the head of tax justice advocacy for Oxfam France.

By comparing the profits of the banks’ different branches, the NGOs found a sizeable mismatch between the tax rates paid by the banks in France and in the various tax havens. On average, they paid twice the rate in France that they did in the tax havens.

According to the data collected, Luxembourg is the favourite low tax jurisdiction of the banks studied. Between them, the five French banks recorded €1.7 billion of profits in the Grand Duchy in 2014. The next most popular low tax destinations in Europe were Belgium (€1.66 billion), Ireland (€272 million) and the Netherlands (€189 million), and in Asia, Hong Kong (€436 million) and Singapore (€346 million).

The organisations of the Fiscal and Judicial Paradises Platform drew up a list of tax havens based on a broad definition, which includes any “jurisdiction or territory that has intentionally adopted tax or legal regimes that allow natural and legal non-residents to minimise the taxes they should pay in the jurisdiction where they are tax registered”.

But the definition of a tax haven varies from country to country. The French list of non-cooperative territories has been cut down to a bare minimum: it included 18 countries in 2011 and only six in 2015. The European Union recognises 30 jurisdictions with advantageous tax regimes, while the OECD does not recognise any.

France’s definition of a tax haven automatically excludes EU member states, a number of which offer beneficial tax rates for big companies. For a country to be placed on this list, it does not necessarily have to offer excessive tax advantages, just to refuse to cooperate with France in the exchange of data.

In 2014, France removed the isle of Jersey from its tax haven blacklist after the jurisdiction agreed to cooperate with French officials. But the Channel Island still has a 0% tax rate. 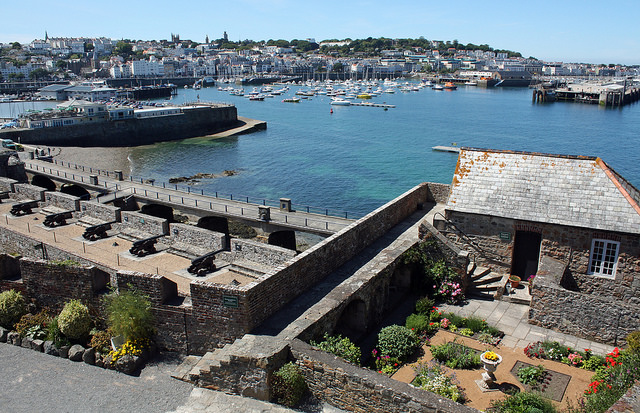