Renzi to push for new rules to boost growth-driven investment 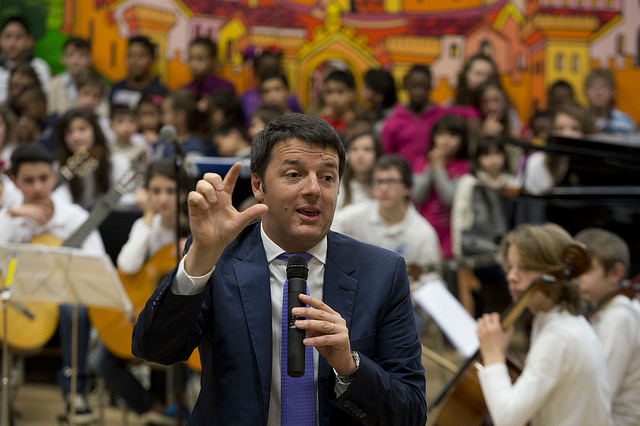 Italy wants new rules to allow the European Investment Bank to free up funds for public investment as part of a push for more growth-oriented policies in Europe, Economy Minister Pier Carlo Padoan said earlier this week (28 May).

His comments, sketching out ideas Italy is likely to propose when it assumes the rotating presidency of the European Union in July, came as national statistics office Istat warned of the need for more growth in the eurozone’s third largest economy.

Renzi’s position in Brussels has been reinforced by his triumph in European elections on Sunday. His centre-left Democratic Party won more than 40 percent of the vote, in one of the best results for any Italian party since World War Two.

“Europe must make growth and employment the centre of its economic policy agenda, after the years of crisis where the centre of policy was budget consolidation,” Padoan told parliament.

Italy has repeatedely called for the EU to pursue more growth-oriented policies but has given little detail on exactly how this should be done.

Padoan said budget consolidation would be kept up but Italy would build on the Europe 2020 growth strategy, an EU initiative of 2010 that aimed to promote growth, jobs and sustainable development but which has largely fallen by the wayside.

Europe’s internal market had to be strengthened and trans-Atlantic trade agreements supported while public investment should be underpinned by new financial instruments that leveraged funds from the European Investment Bank. Padoan gave no details.

In its latest annual report, national statistics agency Istat backed the call for policies to favour economic growth, warning that the sluggish state of the economy was the principal threat to the sustainability of Italy’s public debt.

“In consequence, it would be appropriate to implement suitable policies to favour economic growth in the short and long term,” it said.

Istat reiterated its forecast of 0.6 percent growth in 2014, 1% in 2015 and 1.4% in 2016 but cautioned: “These forecasts are subject to risks and uncertainties from the development of overall demand, from the conditions of access to credit and from the effects of economic policy.”

The agency noted that Italy’s public debt had reached 132.6% of gross domestic product in 2013, up 29 percentage points since 2007, despite three years of tight budget policy.

Noting that Italy had a primary surplus, net of interest payments, equivalent to 2% of GDP, the highest of any country in the EU, it said: “Unlike almost all the other countries, public policy in the years 2007 to 2012 has been restrictive overall.”

It said fiscal tightening measures equivalent to €182 billion had been passed between 2011 and 2013 but added: “the impact on improving public accounts has been limited in large part by the weak development of the economy which has cooled revenue dynamics.”