The fourth largest economy in the eurozone is about to become the first country to be punished for breaking the EU’s Stability and Growth Pact, euractiv.com has learned.

The Stability and Growth Pact has been repeatedly violated in the past, particularly by France and Germany.

But the European Commission is ready to draw a line with Spain, even if the sanctions could cause political upheaval among those member states opposing the strict fiscal discipline championed by some in Brussels and Berlin.

A Commission official told EURACTIV that it will be “very difficult” for Spain to escape from the sanctions in the second half of May, when the executive will announce its conclusions on national stability and reform programmes.

The European Commission is not expected to significantly revise the expected deficit upwards this year. But the changes could be more serious for 2017.

The deficit figure for next year will affect not only the executive’s decision on sanctions and the fine against Spain, but also the new calendar to balance public accounts.

How big will be the fine?

Accordingly, Spain faces billions of euros not only in further cuts and higher taxes to fulfil EU fiscal rules in the years to come, but also because of the fine included in the sanctions.

According to the rules, the sum could be up to 0.2% of the GDP, or €2 billion. But the amount is expected to be lower.

In May 2015, Spain was also the first country to be sanctioned for “serious negligence” in handling statistical data in the region of Valencia. Even though the punishment could have amounted to 0.2% of GDP, the executive took into account various mitigating factors and finally sent a €19 million fine to Spain.

The Spanish government is fighting tooth and nail to reduce the fine as much as possible, by highlighting all the reasons that made the country the “poster child” of the European recovery in the past.

De Guindos also pointed out that the lower-than-expected inflation had an impact on the growth figure, a circumstance that helped France to win Brussels’ pardon two years ago. 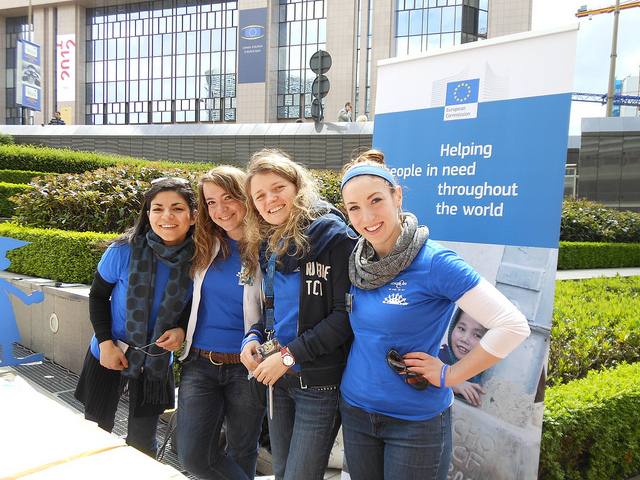 The Commission has given itself until March 2015 to decide how to handle France’s excessive budget deficit. EURACTIV France reports.

EU officials explained that Spain could avoid the fine if either the Spanish government or the European Commission show ‘exceptional economic circumstances’ that would recommend not inflicting further damage on the public coffers.

The Commission has not decided yet either whether to give one or two years under a new calendar to cut the deficit below the 3% of GDP.

This will depend very much on the economic forecast that the institution will unveil on 3 May.

The Spanish government expects the deficit to be 2.9% of GDP in 2017. However, EU officials believe that the fiscal hole may be too big to narrow the gap in only one year.

EU officials told EURACTIV that the spring projections will be in line with the tone of the forecast made last February.

The growing risks within and around Europe will hit some of the largest economies, as the Commission will revise downwards the growth forecast for some of them, including Spain. However, the changes are not expected to be significant.

Following the fifth post-programme surveillance visit to Spain after the bailout of its banking sector, the European Commission concluded that the needed progress on fiscal consolidation "has come to a halt, with part of the structural adjustment implemented in earlier years being reversed".

In addition, although the government debt to GDP ratio decreased slightly in 2015, its high level remains a burden for the economy.

“As a result, the deficit target of 4.2 % has been missed by a large margin and the 2015 general government deficit is among the highest in the euro area,” the Commission and the ECB officials said in a press release.

The EU officials welcomed the Spanish government’s announcement of €2 billion in savings, but “while this is a step in the right direction, it is still too early to assess its effectiveness and to what extent it can counteract the slippage".

One response to “Sanctions loom over Spain for breaching fiscal rules”