Schäuble: ‘We are ready to speed up’ EU bank rescue fund 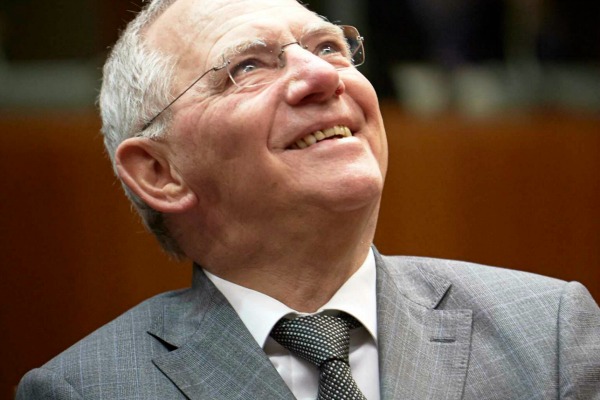 The European Union is considering ways to ensure that a future eurozone fund to finance bank closures will always have enough cash, including the option of halving the time in which the fund would reach its full size to five years.

Under a deal reached by eurozone governments last December, the fund, financed by banks, is to reach €55 billion over 10 years as eurozone banks pay in €5.5 billion annually.

This raised concerns at the European Central Bank that such a scheme might not be robust enough, especially in its early days. ECB President Mario Draghi called last week for halving the time by which contributions from all eurozone banks are fully mutualised to five years.

The chairman of eurozone finance ministers, Jeroen Dijsselbloem, said on Tuesday (18 February) the ministers were discussing several ways of ensuring the fund would always have enough cash and that he expected a compromise deal in March.

During the transition period, borrowing from the markets by national compartments of the fund would require national government guarantees, Dijsselbloem told a news conference.

"All of these elements are trying to address the same key issue, which is: will there, at all times, be enough money in the fund? And the concern is especially at the beginning, when the fund has been filled only a little."

German Finance Minister Wolfgang Schäuble, earlier cool to the idea of faster mutualisation, said that if funds were to be shared more quickly, banks would have to fill the fund more quickly too.

"We are ready to speed up. If 10 years are too long to build the fund let's speed up. But again not only in the speed of mutualisation but also in the speed of filling in," Schäuble said on Tuesday. "It's quite clear, we must do it in parallel."

This marks a shift in Germany's view from the ministerial meeting on January 27, when Schäuble expressed concern about the idea of faster mutualisation because it "would not be easy" to make banks contribute the full amount more quickly.

The ECB's idea, however, is different – to allow banks to contribute the full amount over 10 years as originally planned, but mutualise all the accumulated funds across the euro zone already after five years, when the fund is still half full.

The discussions are part of efforts to agree details of a framework to close failed banks in the euro zone, so that it can be wrapped up before European Parliament elections in late May.

This 'resolution' scheme is the next step towards a 'banking union', after supervision of banks by the European Central Bank starts later this year.

Ultimately, policymakers hope that establishing a banking union will restore stability to the sector after years of turmoil, opening the way for credit and lending to flow again.

While finance ministers agreed on the outlines of the resolution mechanism in December, the framework must be worked out with the European Parliament. The lawmakers are unhappy about several aspects of the plan, including the timetable for pooling national funds raised to help wind down bad banks.

0 responses to “Schäuble: ‘We are ready to speed up’ EU bank rescue fund”