Schulz in row with Commission over parliament’s economic oversight 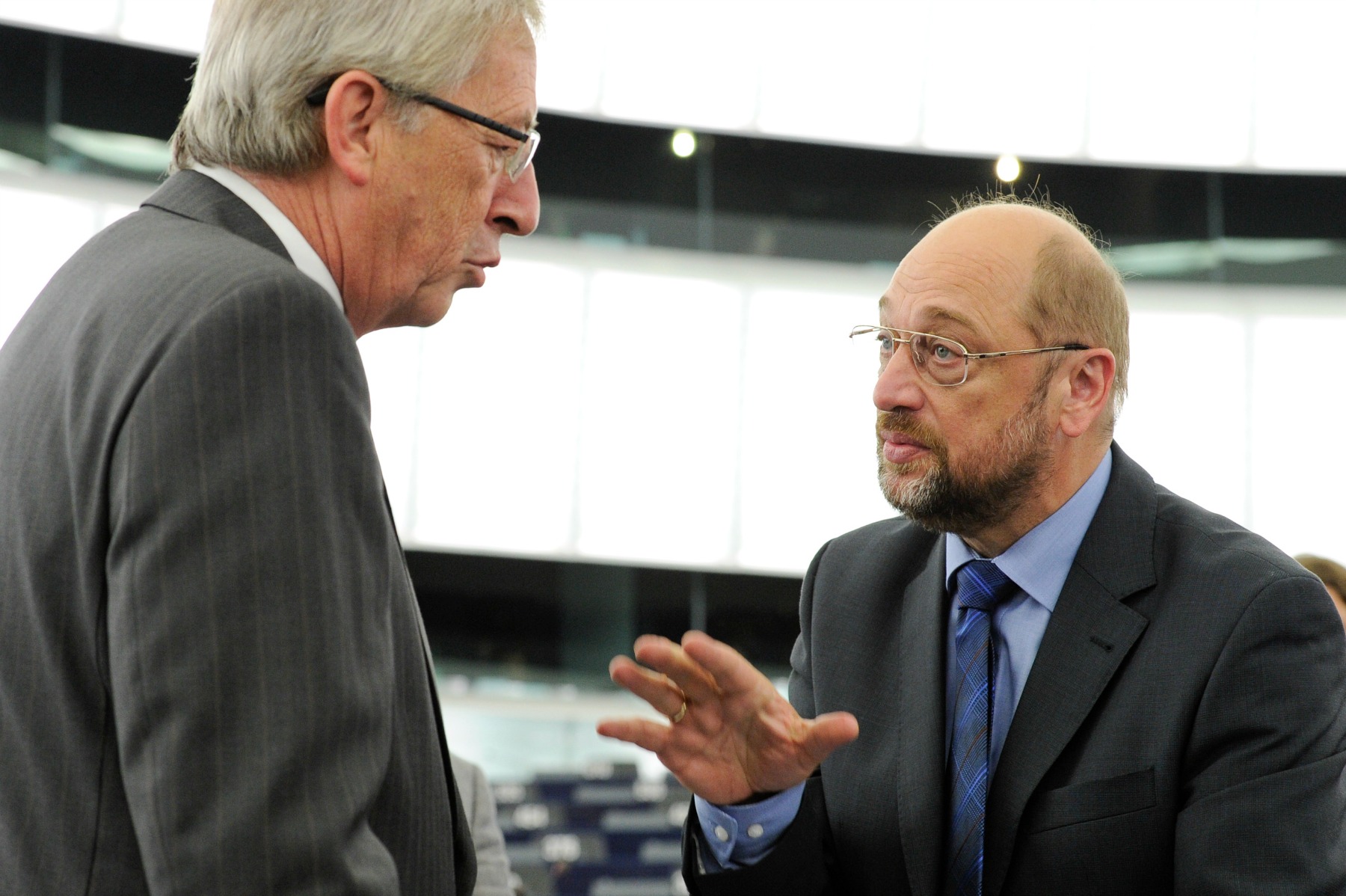 The European Commission promised MEPs a greater involvement in the so-called European Semester – but, according to Martin Schulz, the executive’s latest proposals do not live up to Parliament’s expectations.

Despite long discussions on the issue between Commission President Jean-Claude Juncker, and Parliament President Schulz, legislators believe that Juncker did not follow through.

In a letter sent to Juncker, and seen by EURACTIV, Schulz lamented that the recent changes proposed to the European Semester (the term for the EU’s annual cycle of economic policy guidance and surveillance) would make “even more difficult” Parliament’s involvement in the process, which aims at coordinating member states’ macroeconomic and fiscal policies.

The MEPs also complained that the Commission is amending the economic governance toolbox without the required legislative process in which Parliament must have a say.

Moreover, the members of the new European Fiscal Board will be appointed without the consultation of the Parliament. “Hence, the democratic accountability of this body, whose assessments will bear political implications, is not ensured,” the letter said.

Parliament sources felt that there was some “lack of coordination” between Juncker and his team of economic Commissioners, as some elements agreed on between the two presidents were not included.

The MEPs’ complaints refer to a set of actions to strengthen economic and monetary union, announced by the Commission on 21 October.

In order to bolster the European Parliament’s oversight, the executive proposed more discussions with the legislators, including a plenary debate before the presentation of the Annual Growth Survey (AGS), that includes the priorities for the economic cycle, and the country-specific recommendations in the field of structural reforms and fiscal adjustments.

However, legislators have been calling for a greater role in preparing the priorities for the AGS, and a more robust scrutiny of the different stages of the European Semester.

A Commission spokesperson refuted the Parliament’s complaints. The executive “has made every effort in the past, and continues to do so to improve democratic accountability of the European economic governance system together with the European Parliament”, she said.

Lawmakers are particularly concerned about the proposal for a single seat for the eurozone in the IMF. This is arguably the most far-reaching proposal included in the package presented in October.

Due to its complexity, and the reluctance among the largest eurozone economies to lose their seat on the IMF’s Board of Governors, the Commission is looking at 2025 as the year to unify eurozone representation.

Although Schulz welcomed the proposal for a single EU seat in the IMF, he considered “controversial” the nomination of the Eurogroup President as the eurozone representative, since his democratic accountability is “very limited”.

EU officials explained that the reason to propose the Eurogroup president as the eurozone envoy is that the idea could find some traction among the member states, as they would represents the eurozone partners’ interests.

In order to increase “transparency” and “accountability”, the proposal stresses that the Commission, in consultation with the Eurogroup and the ECB, will prepare “regular reports” on coordination on eurozone matters in the IMF for the Parliament and the Council. EU officials added that the Eurogroup Presidency could evolve and become more democratic in the years to come, before getting a single seat.

Meanwhile, the single representation in the IMF did not find a “unified” response among Eurogroup members, European sources explained. Although the euro area members sympathized with this idea in the long-term, they are reluctant to lose their chair.

The EU representation in the IMF by the Eurogroup head the concerns of the legislature’s biggest political party, the European People’s Party.

EPP sources told EURACTIV that there was a general fear in the European Parliament about the Eurogroup’s accountability, as “it does not report to the Parliament”.

The same source explained that the issue has not been officially discussed in the EPP group, but in principle, center-right lawmakers are in favour of the idea of a single seat.

“We fully support President Schulz’s initiative and it has become his aim to further democratize the EU institutions and their functioning. The European Parliament, as the most representative body of the EU citizens, cannot be put aside,” Gianni Pittella, the head of S&D, told EURACTIV.

"As GUE/NGL we are against a single representation of the Eurozone countries in the IMF. The Euro Group is an informal group with almost no democratic control and transparency which takes, nevertheless, important decisions for the people in the Member States. Giving a representative the mandate to speak on behalf of the Eurogroup poses serious problems of democratic accountability and to financial sovereignty of economically differently developed countries within the Eurozone", the President of GUE/NGL in the European Parliament, Gabriele Zimmer, told EURACTIV.

The Commission stressed in its Blueprint for a Deep and Genuine EMU in 2012 that the progress achieved in the eurozone's economic governance should pave the way to strengthening and consolidating the euro's external representation and “where possible, unifying it in international economic and financial organisations”.