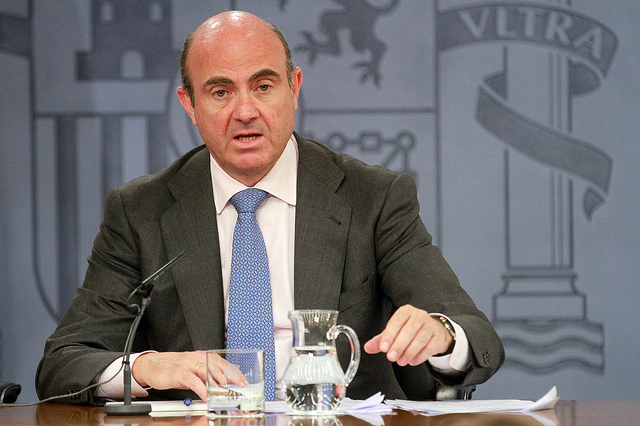 Spain will hold off on selling more of its controlling stake in lender Bankia until the results of Europe-wide bank stress tests in October, Economy Minister Luis de Guindos said in an interview published on Sunday.

The FROB, a government unit which manages Spain’s bank holdings, sold a 7.5% chunk of Bankia in February, kicking off the privatisation process and turning the bank into a symbol of the country’s economic recovery.

The European Central Bank is due to publish the results of a half-year investigation into Europe’s largest banks on Oct. 17.

“After October we’ll have a much clearer picture, not only on Spanish banks and Bankia, but of the entire European banking system … and then we’ll look at all the options,” de Guindos told Spanish news agency Europa Press.

“I’m convinced that Bankia will pass the stress tests with a good grade,” he said.

Many Spanish banks received European funds to boost capital levels when cash-strapped businesses and homeowners struggled to pay back debts during the economic crisis that followed a burst housing bubble in 2008.

The government introduced a two-year moratorium on home evictions in November 2012 to protect the country’s most needy families, a measure which de Guindos said could be extended.

“We’ll take a look at the situation and if there’s still a need, which I think there will be, of course we’ll extend the length (of the moratorium),” he said.

De Guindos reiterated forecasts that the Spanish economy would grow by 1.5% this year, up from a previous estimate of 1.2%, even in the context of slower growth in the rest of Europe.

“The recovery is continuing and I’m convinced that it will continue in the next two quarters of this year,” he said in the interview, and repeated a forecast for 2% growth next year, up from a previous estimate of 1.8%.

Spain will publish its official economic projections for the next few years as part of its 2015 budget proposal in September.

The eurozone heads of state and governments had earlier agreed, on 29 June, that EU rescue funds could be used in a "flexible and efficient manner" to lower government borrowing costs.

Under the deal, Italy, Spain and other troubled countries will also be able to tap the bloc's temporary EFSF and permanent ESM rescue funds to support their government bonds on financial markets.

The EU summit statement did not give further detail, saying only that the flexibility will be offered to member states that are in line with EU budget deficit rules.