Stiglitz insisted that the eurozone's rules are not like the Ten Commandments "handed down by God". [Fronteiras/Flickr]

Joseph Stiglitz, winner of the Nobel Prize in economics, has blasted Germany’s austerity measures and the management of the eurozone. EURACTIV Germany reports.

“The view that you can recover to full employment and to prosperity by austerity is rejected by most economists,” the American economist told AFP in an interview. “But it still seems to be the dominant view in the German government, and particularly in the finance ministry,” he added.

The former chief economist of the World Bank warned that austerity is the opposite of the reforms “that the eurozone needs” and even suggested that “the easiest way would be for Germany to leave Europe”.

Stiglitz suggested that Germany’s Federal Minister of Finance, Wolfgang Schäuble (CDU), read a few chapters of his new book, which dissects the bloc’s economic policy, but doubted whether the book would do anything to convince him. 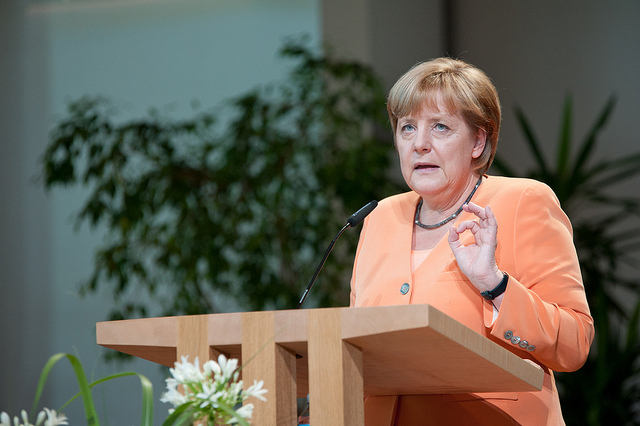 Prominent economist and Nobel laureate Joseph Stiglitz accused Germany on Sunday (12 July) of displaying a “lack of solidarity” with debt-laden Greece that has badly undermined Europe.

Stiglitz was also former US President Bill Clinton’s economic advisor and has been consistently opposed to how Germany has handled the euro crisis and how the eurozone was established initially. The 73-year-old told AFP that the euro is responsible for economic stagnation, unemployment and the rise of right-wing populism in Europe.

The euro has been “good for some people and bankers, as money can move around more easily”, he claimed. “It has been less good for everyday people in the eurozone”, he added.

The often outspoken economist insisted that the euro has been flawed from the outset, as they “put the cart before the horse”, by trying to create the euro before “they had the institutions”. The single currency has made it impossible for member states to make necessary economic adjustments according to their own exchange and interest rates.

“The euro can be saved, but it will take more than fine speeches asserting a commitment to Europe. If Germany and others are not willing to do what it takes – if there is not enough solidarity to make politics work – then the euro may have to be abandoned for the sake of salvaging the European project,” argues Joseph Stiglitz.

The 2001 Nobel Prize winner also denounced the strict requirements of the European Stability and Growth Pact.

“You have to change the rules when the rules are wrong. If you have the wrong rules, then the consequence is a disaster,” he warned. “These rules are not like the ten commandments that God gave from Mount Sinai.”

6 responses to “Stiglitz: The ‘easiest way would be for Germany to leave Europe’”