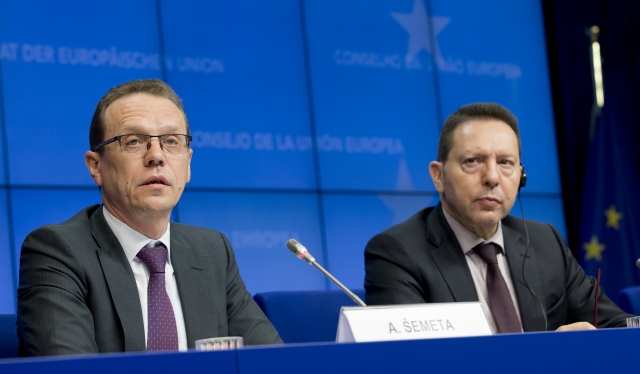 Sweden came under fire Wednesday (7 May) for blocking a political agreement among EU finance ministers that would allow the closing of a loophole costing European taxpayers millions of euros.

Campaigners called for a swift resolution of the deadlock, which stopped the expected approval of a compromise brokered by the Greek Presidency of the European Union at Tuesday’s ministerial meeting.

The deal would have split the revised Parent-Subsidiary Directive in two, allowing member states to slam shut a loophole on hybrid loan arrangements without agreeing to a hotly debated general anti-tax abuse rule. All EU tax law requires unanimous support from member states to be passed, forcing the split.

“Governments have already taken a long time to discuss this issue, and now they are once again delaying action. While we’re waiting for them to adopt this directive, multinational companies can keep dodging taxes and European countries risk losing very large sums of money,” said Tove Maria Ryding, tax coordinator at the European Network on Debt and Development (Eurodad), a network of 48 non-governmental organisations.

The European Commission has identified hybrid loan arrangements, a combination of debt and equity, as a tax planning tool. By exploiting provisions in the original Parent-Subsidiary Directive, which was meant to ensure cross-border company groups were not taxed twice, they can avoid paying any tax at all.

Finance Minister Anders Borg said the proposed text could inadvertently affect a Swedish model of investment company he wished to protect. Large businesses such as Volvo and Eriksson use the model to invest in smaller portfolio companies.

The current wording could prevent foreign investment in the model because of a risk of double taxation, Borg told fellow finance ministers. EURACTIV understands Sweden is concerned that investment by the companies in other European business could also be hit.

Borg said, “The problem is not with the core of the directive or the paragraphs or proposals the commission has made but what we see as an unintended side effect.”

Eurodad’s Ryding said there had been plenty of time to raise objections to the proposal before Tuesday’s meeting.

She said, “Sweden’s blocking of the PSD was very surprising. Why didn’t they bring this objection up sooner? This was part of a 2012 European Commission action plan and the commission’s legislative proposal came out last year.

“If this is a technical issue then the governments can find a technical solution, if it is actually a political objection then Sweden will continue blocking it. Sweden needs to present a solution to their concerns, which doesn’t water down the directive. Otherwise, they are clearly not serious about combating aggressive tax planning.”

The Swedish government argues that investment by businesses is better than shorter term investment by hedge funds, for example. Businesses are more likely to grow the companies over time rather than cut staff and research in search of a quick profit.

Swedish investment companies are “people owning and delivering active ownership to these long-term companies,” Borg said at the Ecofin meeting of the EU’s 28 finance ministers.

The commission said profit distributions made by Swedish investment companies were not captured by the directive. But Borg said, “These are some of our most important industrial companies and we are not ready to take risks with them.”

He added that the investments made by the companies was important for growth across Europe, stating they were European champions and not just national ones.

UK Chancellor George Osborne called for further technical discussion with an agreed deadline to resolve the issue. In a later part of the debate, concerning the Financial Transaction Tax, Sweden supported the UK’s attack on the euro nations pressing ahead with the levy.

Osborne said, “We were very close to a very important agreement which will help tackle tax avoidance […] I think it’s sensible if Anders has real concerns about the impact on the Swedish economy and European economy, we have one more go at addressing his concerns.”

Luxembourg and Spain also signaled their support to close the loophole. Ministers agreed to aim for a political agreement, following technical discussions, at their next meeting in June.

Taxation Commissioner Algirdas Šemeta said, “The revision of the Parent-Subsidiary Directive is crucial to our fight against aggressive tax planning.

“However, Sweden needs additional reassurances on a specific, technical issue, of national importance. These are reassurances that the Commission is, of course, happy to give.

“So I believe that we should be able to agree on this file in the June Ecofin, once we have discussed it in more depth with Sweden.”

How do hybrid loan arrangements work?

The European Commission has identified hybrid loan arrangements as a tax planning tool. They take advantage of certain provisions in the original Parent-Subsidiary Directive, which was meant to ensure cross-border company groups were not taxed twice.

Under the original Parent-Subsidiary Directive, member states introduced tax exemptions on profits received by parent companies from their subsidiaries in other European countries. This still applies even if the profits are tax deductible in the subsidiary’s country.

Some countries classify profits from hybrid loan arrangements as tax-deductible debt. Other don’t, creating a mismatch in national legislation that is being exploited.

Cross-border hybrid loans may be treated as a tax deductible expense such as interest in the subsidiary’s country and as a tax exempt dividend. This can lead to a deduction followed by an exemption. Some cross-border companies have planned their intergroup payments so as to pay no tax at all on the profits.

The practice is called “double non taxation” by the commission, which has not named any of the companies exploiting the loophole. The proposed solution to the loophole is that if a subsidiary is based in a country where profits from financial instruments with both debt and equity characteristics are tax deductible, those dividends must be taxed by the member state where the parent company is based.