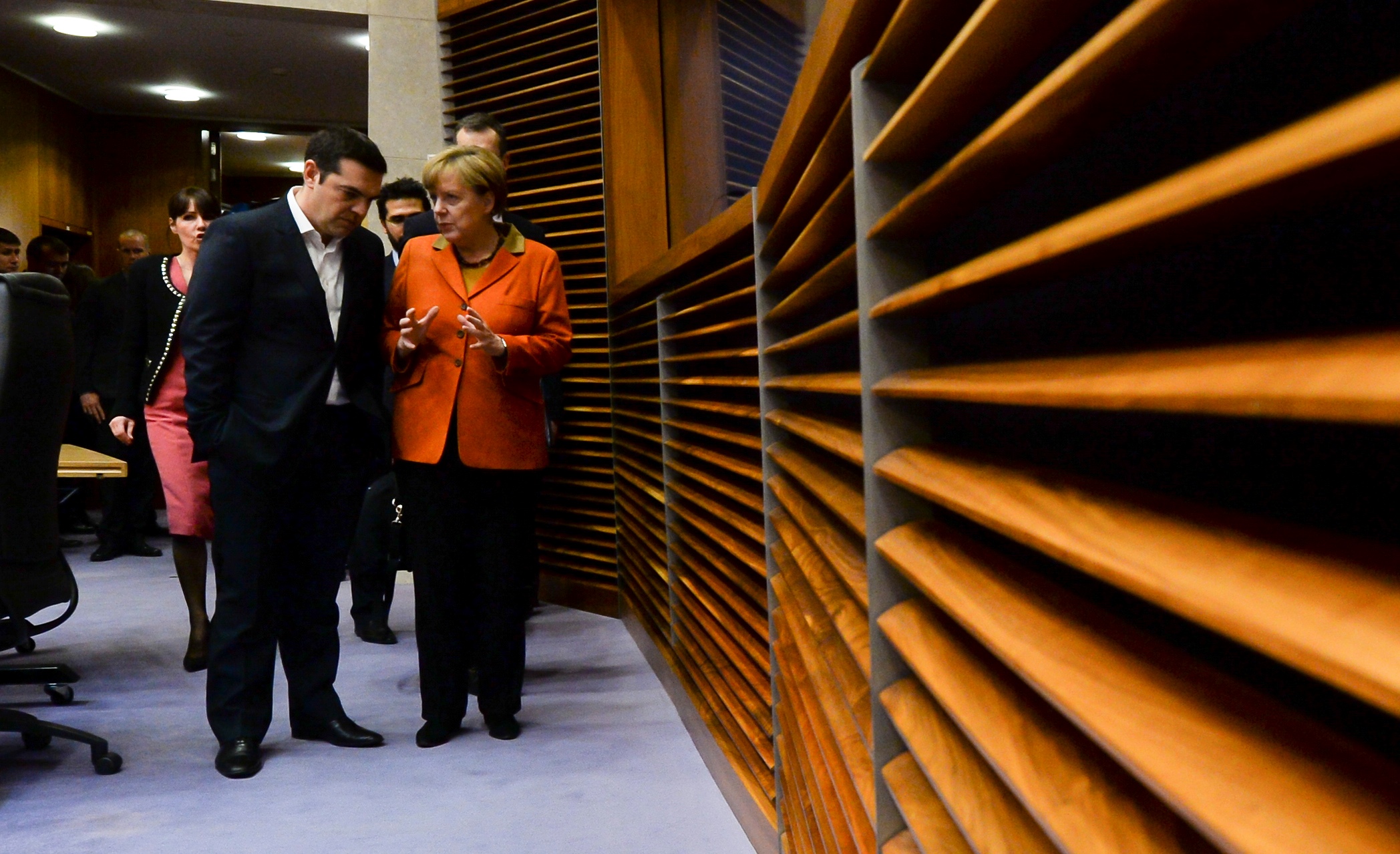 Daskarolis' new task will be to repair relations between the Tsipras and Merkel governments. [European Commission]

Greece’s new representative in Berlin is a cautious man, and thinks deliberately before answering questions. These are his first weeks in the job, but at our meeting at the Greek Embassy he already has several exhausting days under his belt. After a hasty move from his position as the ambassador to Malta, he has much to do in Berlin and little time to sleep.

His predecessor left a few months ago, as it was decided that he had not represented the Syriza government strongly enough, and was withdrawn as a result, even though it was in the midst of the crisis. Daskarolis was eventually asked to return to a city that he is well-acquainted with, but which has changed dramatically every time he returns to it.

On 9 November 1989, a young Daskarolis, at the time an embassy secretary in East Berlin, sat glued to his TV screen as people flocked to the border. When asked why he did not go out into the street himself, he replied that it was because he was a diplomat. Diplomats observe and do not get involved. “One has to report back,” he said.

People back home in Greece wanted to know what happened on that infamous night in Berlin. Tweets and Instagram posts were not available then to give people an idea of what was going on. The next day, Daskarolis went to Checkpoint Charlie to see the masses of people crossing the border, in both directions.

“That was a brilliant day,” he said. “The happy people, the feeling of freedom!” He remained in his post until the end of December 1990, when the GDR ceased to exist and he was moved on, first to a position in Athens, then four years as Consul General in New Zealand.

>>Read: Syriza decision to partner with the Independent Greeks angers the S&D

Daskarolis has always had close ties with Germany. Born in Athens in 1955, he lived with his parents for several years in Bonn.

He returned to Berlin in 2000, where the new capital of a united Germany was 10 years older and he himself was in his mid-forties. The beginning of the millennium was characterised by a ‘Europe euphoria’, the country having implemented the Schengen agreement since 1995. “The European project was firmly anchored then,” he said, looking back, “a guarantee for security and economic recovery”.

Greece joined the Euro in 2001, with Germany being one of the biggest supporters of the move. At that time, the German Chancellor Gerhard Schröder (SPD) and the Greek Prime Minister Kostas Simitis (PASOK), as well as their foreign ministers, Joschka Fischer (Greens) and Giorgos Papandreou [PASOK], had a good relationship. Daskarolis stayed on until 2003, with the Athens-Berlin friendship holding firm up to and beyond the 2004 Olympic games. However, soon after, the economic problems began and the relationship began to cool as the crisis developed.

Now, everything in Berlin is different once again. The job that he has been asked to do is considered to be one of the most difficult diplomatic postings in Greece. As Daskarolis arrived in September, it was not clear whether he would be representing Alexis Tsipras’ government, who appointed him, or a new premier. Ultimately, an ambassador answers to his country, not a particular political power.

The embassy phone is no longer ringing off the hook 24/7 like it was, but Greece is still having to cope with new austerity measures and the aftermath of what has happened so far this year.

Daskarolis’ opinion on this is quite clear, the last few months having tested German-Greek relations to breaking point, “In Greece, historical wounds have been opened up again.” Both sides will have to rebuild confidence in each other. “The EU is our shared destiny, our shared home. Only through joint efforts and shared confidence will we cope with major challenges like the refugee crisis.”

Comparisons have been made between the situation the GDR economy found itself in and Greece, as well as Alexis Tsipras and the CSU. “Such comparisons are not only incorrect, but also misleading,” he said. “The time is unique, the crisis is unique and Tsipras’ position is unique,” he added.

The young government in Athens will write their own history and Daskarolis has just begun a new chapter in his own Germanic story.