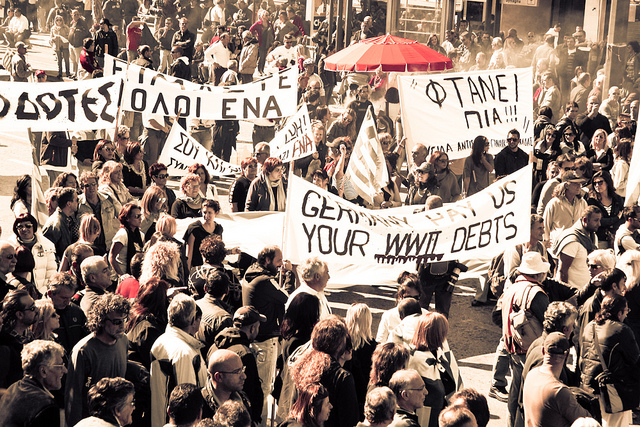 Parts of Greece were hit by power cuts yesterday evening (3 July) after electricity workers began one of a series of 48-hour strikes against government plans to sell off part of the country’s biggest power producer.

Some Athens districts, remote villages in the island of Crete, and areas in the north and south had their power cut for up to an hour during peak evening demand times, after 13 power stations were taken off line late on Wednesday, an official at power distribution agency DEDDIE said.

Earlier, the grid operator declared a state of emergency, citing a significant reduction of power output.

Liberalising the energy sector is a key condition under Greece’s €240-billion bailout by the European Union and the International Monetary Fund and parliament is debating a bill that would allow the government to privatise the Public Power Corporation (PPC) in 2015 by spinning off 30%.

Unions say electricity is a public good that should remain under state control, and some 800 PCC workers rallied outside company headquarters in central Athens and then marched to the finance ministry against the privatisation.

“A company which for 60 years contributed to the growth of the Greek economy is being chopped up and sold off cheap,” Stamatis Relias, the head of PPC’s biggest trade union, GENOP-DEH, which represents about 20,000 workers, told Reuters.

Leftist opposition party Syriza, which opposes the bailout, has refused to back the privatisation bill, saying selling off the firm would push up prices and hurt Greeks whose incomes have been slashed during a six-year recession.

“We at Syriza radically oppose the privatisation of PPC because it is a crime,” Syriza lawmaker Dimitris Stratoulis told Greek TV. “PPC is not the government’s property, it’s public property – it belongs to the Greek people”.

The government, which has pinned its hopes for a recovery on a record number of tourists expected this year, has repeatedly said it will do “whatever it takes” to avert disruption at the height of summer, including forcing workers back to their jobs.

PPC filed a lawsuit against the workers on Thursday and a court ruling was expected on Friday, it said.

Greece owns 51% of PPC, which generates about two-thirds of the country’s electricity output and controls almost 100% of the retail market.

PPC has an installed capacity of 12,800 megawatts and is also one of the world’s biggest miners of lignite, used in power production.

On 6 February, Greek finance minister Yannis Stournaras attacked the Troika for its austerity prescriptions, saying a primary budget surplus will be announced soon and will be much larger than expected [more].

Stournaras slammed Greece‘s international lenders for the forecasts they made from September 2013. At that time, the Troika asked for additional austerity measures to the tune of €3 billion.