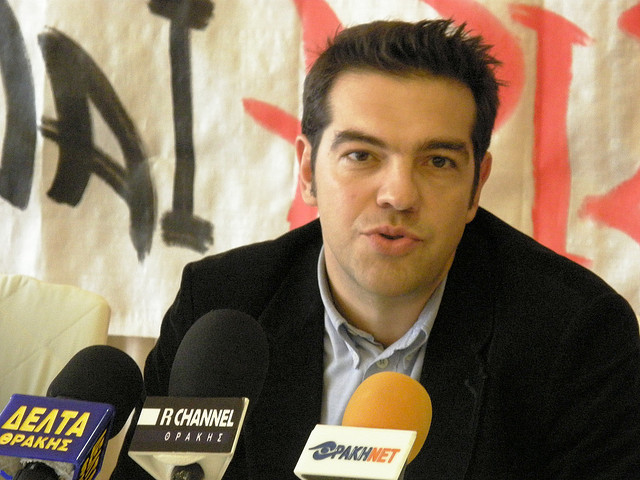 Greek Prime Minister Alexis Tsipras comfortably won a confidence vote on his plan to cancel a deeply unpopular bailout programme and challenge European leaders, as both sides prepare for a showdown at meetings in Brussels this week.

In a rousing speech to parliament, Tsipras hailed the decisive role “little Greece” was playing in reshaping Europe and promised Athens would not cave in to demands it extend its international bailout “no matter how much” German Finance Minister Wolfgang Schäuble asked for it.

“We are not negotiating the bailout; it was canceled by its own failure,” he told parliament before winning the vote with the backing of 162 lawmakers in the 300-seat chamber.

“I want to assure you that there is no going back. Greece cannot return to the era of bailouts.”

That came after Schäuble said that if Greece did not want a new aid programme, “then that’s it”, adding to a chorus of warnings from European policymakers urging Athens to seek an extension to the programme when it expires at the end of the month.

Tsipras – whose tough stance has the backing of 75% of Greeks according to an opinion poll – said he was confident the two sides would reach an agreement. But there was little sign of progress in bridging differences ahead of crunch meetings of eurozone finance ministers on Wednesday and EU leaders on Thursday when assistance to Athens beyond February will be discussed.

Hours before the vote, the European Commission said President Jean-Claude Juncker and Tsipras spoke on the phone in a “positive spirit of cooperation,” seeking to calm rising alarm in Western capitals at the risk of a Greek exit from the single currency area that could trigger wider financial instability.

However, Greek Finance Minister Yanis Varoufakis refused to rule out a standoff with his country’s creditors. “We’re not seeking a clash. We will do everything to avoid it,” he told parliament, but added: “If you’re not willing to even consider a clash, you’re not negotiating.”

Schäuble and a Commission spokeswoman dismissed media reports of an EU compromise plan that lifted Greek and European financial markets and the euro on Tuesday.

“That being said, of course very intense contacts are going on between the president, Prime Minister Tsipras and other players involved in the eurozone and beyond, but up to this point all these contacts have not been very fruitful.”

Defence Minister Panos Kammenos said Greece could look to Russia or China if it failed to get a new debt deal with the eurozone.

“What we want is a deal,” the hardline nationalist said on television. “But if there is no deal … and if we see that Germany remains rigid and wants to blow apart Europe, then we have the obligation to go to Plan B. Plan B is to get funding from another source.”

Underlining the fragile relations with some of Europe’s most powerful countries, Greek Foreign Minister Nikos Kotzias took his government’s claim for World War Two reparations directly to Berlin on Tuesday – and received a clear rebuke.

German Foreign Minister Frank-Walter Steinmeier said Berlin was fully aware of its political and moral responsibility for the “terrible events” in Greece during the Nazi occupation from 1941 to 1944. “Still, we are firmly convinced that all reparations issues, including forced loans, are judicially settled once-and-for-all,” he added.

Another minister announced in parliament plans to halt a Canadian-run gold mine project and cancel a development scheme at Athens’ former airport, part of a wider roll-back of privatisations that were agreed as a condition of the bailout.

He said on Monday that Athens wants to scrap about 30% of the current bailout’s conditions, to be replaced by measures approved by the Organisation for Economic Cooperation and Development, and implement 70% of the recommendations.

Greece would use the interim period to negotiate a rescheduling of its official debt, swapping eurozone government loans for GDP-linked bonds and ECB-held debt for interest-bearing perpetual bonds, he said.

EU officials say the proposals were unlikely to be acceptable in anything like their current form, but they might contain the seeds of a compromise under which debt repayments would be extended further into the distant future, with a longer grace period before interest payments fall due.