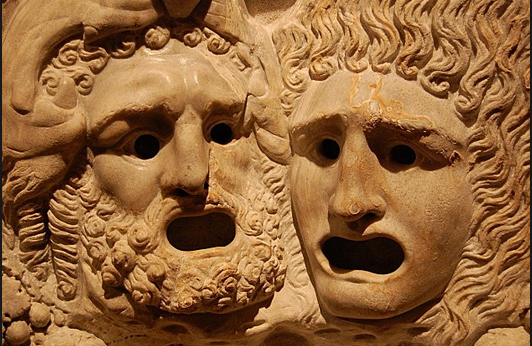 The ‘No’ vote in the Greek referendum on Sunday might be a hollow victory for Greece’s Prime Minister Alexis Tsipras, write Fabian Zuleeg and Janis A. Emmanouilidis.

Fabian Zuleeg is Chief Executive and Janis A. Emmanouilidis Director of Studies at the European Policy Centre (EPC).

One thing is clear: the Greek people have emphatically voted ‘No’, providing a boost to Prime Minister Alexis Tsipras and plunging Greece and the Eurozone even more into uncertainty. But it might, at the end of the day, prove to be a hollow victory for the Greek Prime Minister: the vote cannot compel the rest of the Eurozone to open their coffers and provide the funds Greece so desperately needs. It is certainly not a victory for democracy: it is highly questionable whether the Greek people could form an informed opinion, given the short time frame, the unclear question relying on a proposal no longer on the table, and the high level of misinformation on the potential consequences of the vote. This is no victory, neither for Greece nor the EU and its members: in the end, it increases the danger of Greece leaving the Eurozone – and potentially even an eventual exit from the EU –, which the people of Greece clearly do not want, as 75-80 per cent of citizens firmly want the country to stay in the euro.

A Greek exit from the common currency would be a financial, economic, social, and potentially also political catastrophe for Greece, aggravated by the chaotic way a new currency would have to be introduced. Greece would be cut off from international financial markets, with disastrous repercussions for Greek banks and companies, while capital flight and emigration would become endemic, and the temptation to maintain public spending through hyper-inflationary monetary expansion would be hard to resist. The political system might well be undermined, with potential dire consequences for the stability and democracy in Greece, which is already under strain because of the deep split in society.

The impact on the rest of the EU should not be underestimated. In the short term, the direct financial fallout could probably be handled, although a Greek default would be very costly for member states and the ECB. Greece would also need humanitarian support to deal with the worst social impacts. But in the end, it would be the potential longer-term impacts that would be far more damaging. First, Greece’s geopolitical situation in a volatile region make a destabilised country a worrisome proposition, especially in the context of an EU that has few mechanisms to deal with a disillusioned member of the club. Second, many will ask who might be next in line. Future crises in one or the other euro country would immediately trigger speculations as to whether it might follow Greece’s path. Third, it strengthens the position of people like Marine Le Pen, Nigel Farage or Geert Wilders, who are already trying to exploit the EU’s inability to master the crisis for their own cause. And last but not least, it would also threaten the very idea of European integration, which was intended to prevent exactly such a scenario; the opposite of prosperity and stability EU membership has promised in the past.

Who is to blame?

Not many people in Greece or the rest of the Eurozone wanted to end up where we are now. But there is a pervasive feeling that there is no way out. Many in Greece believe that only a blunt refusal to accept further austerity will make the creditors listen, while on the other side many believe that Greece is not ‘reformable’ and so it is best to cut their losses now. Both sides are now trying to put the blame on the other; while this is not constructive, and is even exasperating the conflict, it is important to understand the causes of the current impasse, so that they can be used to construct a deal that can meet both sides’ minimum requirements.

The Eurozone’s leaders should, at the very least, have seen this coming and tried to tackle the problems head-on, as already predicted in 2011: “Without addressing all underlying causes of the euro crisis … this crisis will reoccur up until electorates in weaker or in the stronger member states say ‘enough is enough’, with all the negative consequences this would entail.”[i] The excessive emphasis on fiscal austerity, the inability to establish mechanisms countering economic shocks, the denial to deal more decisively with the debt overhang, counter-productive outside interferences ahead of the referendum, and the continuing structural deficiencies in the governance mechanisms of the Eurozone have all contributed to the current impasse.

But the current Greek government certainly has to take a big share of the responsibility as well. The insistence on a special solution for Greece, the commitment to promises the government cannot deliver, the inability to comprehend how decisions are taken at European level, and the unilateral decision to hold a referendum has cost many potential allies. The lack of a credible vision on how to tackle the underlying structural challenges of the Greek economy has meant that any solution could only be temporary. The prominence of sovereignty and democracy in the face of needing substantial ongoing support from other sovereign and democratic countries has made things worse. But the most damaging has been the style of negotiating, which has been characterised by unreliability, inconsistency and even personal attacks.

The current situation in the aftermath of the referendum is characterised by a very high level of risk and it will take a concerted effort by all to not let this escalate to a point of no return. All actors should aim to find a comprehensive solution even at this late stage. European integration has never followed a ‘pull-the-plug logic’ and it should also at this difficult point in time adhere to the logic of negotiation and compromise. There is a need to keep the lines of communication open, with both sides signalling that a compromise is still possible, while at the same time providing the Greek economy with a lifeline to make sure that it will not (fully) collapse.

In more concrete terms, the Greek government needs to move as the ball is now in the court of Prime Minister Tsipras. In the referendum campaign he has promised a quick and viable agreement and he now needs to present an offer, including credible proposals. The government has a responsibility to respect the fact that the Greek people have not voted for a ‘Grexit’ but for an agreement within the euro. If the Prime Minister is ready to present and then implement a credible compromise going beyond the last proposal, EU partners might also be ready to match the effort. Crucially, Tsipras needs to address the level of distrust that has built up by showing that he can command a broad majority in the Greek parliament for a compromise deal and by putting in a credible negotiation team, backed by real authority to work on an agreement. The dismissal of Yanis Varoufakis is a step in the right direction, but it will not suffice to regain the lost confidence.

At the same time, a signal from Germany and France that they have heard the voice of the Greek people would help. They should continue asking for deep and quantifiable reforms, but they should also support investment and consider the fact that the IMF has questioned the country’s debt sustainability, asking for “further concessions” by, for example, extending the grace period and the amortisation period on existing EU loans. At the same time, it needs to be clear that the fundamental deal is unchanged: reform for support, not for the sake of the Eurozone but to achieve a long-term recovery of the Greek economy.

A deal should be made because the alternative is too costly. This requires political leadership, including the maturity to accept that winning at any cost might endanger the very core of European integration. It might also require some form of mediation between all sides given the high level of distrust. But whatever the outcome of the current crisis, much damage has already been done, so this episode should provide momentum for a more general reform of EMU governance to ensure that we do not end up in the same place over and over again. European integration is facing an existential threat, with fragmentation, Euroscepticism and distrust on the rise. Let’s not add further fuel to this fire.