By EESC and Joost van Iersel 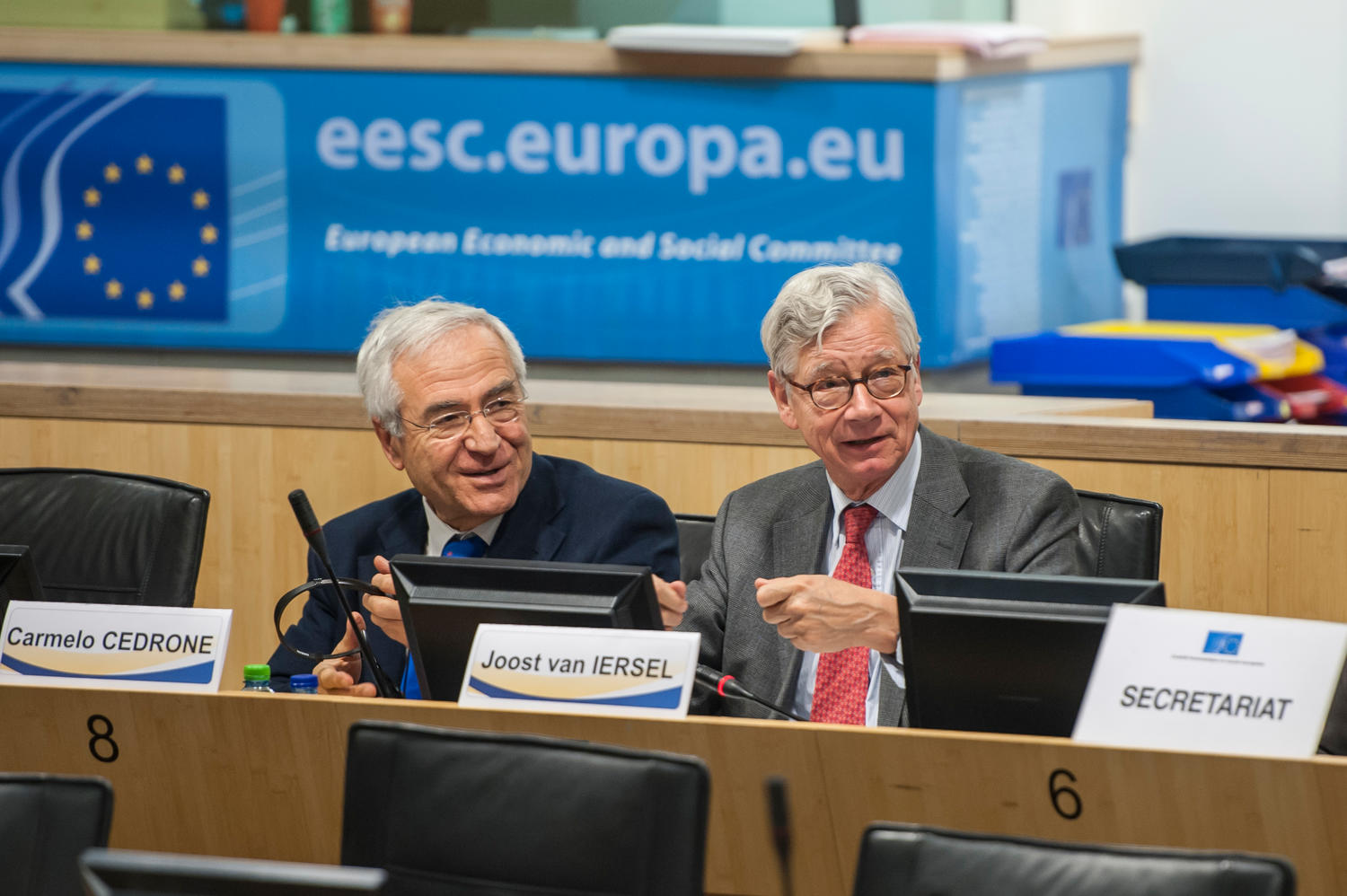 In order to support Europe’s position in the world, concrete initiatives must be undertaken that strengthen the European Monetary Union (EMU), writes Joost van Iersel.

Joost van Iersel is President of the Section for Economic and Monetary Union and Economic and Social Cohesion, EESC and is also a Former Chairman of the Hague Chamber of Commerce.

After seven years of economic and social turbulence, Europe continues to live in uncertainty. Despite glimmers of a recovery, a stable and predictable climate is still missing, which is damaging for investment, growth, and employment. Positive developments are apparently being held back by the lack of a clear sense of direction. The EMU is exemplary. It has an extensive ‘acquis’: a shared currency and a central bank; to a certain extent, it ensures coordination of fiscal and economic policies; it issues binding decisions on countries, in principle limiting their individual economic and fiscal autonomy. But the EMU still remains fragile and incomplete. Day by day, we witness the unsatisfactory implementation of agreed policies and, worse, divergent views and practices that have exacerbated a climate of distrust politically and among the general public.
We do not believe that sustainable outcomes can be achieved by intergovernmental decision-making alone. More political integration is needed. We are aware that this is not a popular message in a climate of mistrust and euroscepticism. But is there any alternative? The foundations of what has been achieved are too weak. Without deepening integration the EMU might not be able to weather the storm of a new crisis or realise successful growth initiatives, laying the basis for all kinds of cross-border investments. And, most importantly, Europe is challenged globally by increasingly strong competitors, each of them driven by a shared ambition. National sovereignty, which has increasingly become illusory, is not delivering the right answers for the needs of a future-oriented Europe.
We therefore believe that a debate must be launched concerning the transfer of national powers to the EU. Democratic procedures, such as the parliamentary dimension, accountability and sincere cooperation and transparency in ways of working must be guaranteed. These elements require a political union that restores and ensures public participation, as well as the involvement of all stakeholders in European integration.
We well understand that this is a long-term project, but precious time may be lost if we wait too long. By the same logic, the process of deepening should start in the eurozone and should include all other member states that are willing to take part. European integration requires fully-fledged European political parties and the creation of political majorities and minorities on the basis of electoral programmes. National parliaments have to be committed more effectively to the work and deliberations at EU level. Parliamentary involvement – at national and EU level – in EMU matters must be guaranteed. In parallel, there is a growing need for a Eurogroup president, an EMU executive (currently Eurogroup and Commission), an EMU Legislative Affairs Council, and the abolition of unanimous voting.
The whole European panorama has been dominated for decades, on the one hand by nation-states and intergovernmental decision making, and, on the other, a technostructure. But deepening the EMU, which we advocate, will not be possible without a political architecture that also puts democracy and legitimacy first. The longer we postpone the necessary steps, the more difficult their realisation. We are living in an unfriendly world in which nobody is inclined to wait for the Europeans if they do not look after themselves. Therefore, despite the seemingly insurmountable obstacles, I believe that concrete initiatives must be taken to build a political pillar to strengthen the foundations of the EMU and to support Europe’s position in the world.