Arguably the most crucial EU elections in recent history took place under Romania’s watch in May. How did the holder of the rotating EU presidency tackle the growing challenge of disinformation, an issue that has already tainted several recent ballots?

In a nutshell, a Romanian presidency-led assessment, issued in late June, showed that the EU elections were free of unprecedented attacks but also acknowledged that disinformation was already in full flow before the EU started to address the issue in earnest.

Donald Trump’s 2016 US presidential race victory and the Brexit vote in the United Kingdom the same year have been linked to external interference and disinformation campaigns.

No wonder then that safeguarding this year’s EU elections was a top priority for national governments and the European institutions alike.

Some of the main actions rolled out by the EU apparatus included the ‘Securing free and fair elections package’ and the ‘Action Plan Against Disinformation’, which both debuted in late 2018.

In February 2019, the EU Council adopted conclusions on those strategies, agreeing that regular meetings should be held between the European election cooperation network, as well as a slew of other measures.

During its rotating presidency, Romania took up the baton not only to help shore up the defences of the May elections but also to lay solid foundations for future elections.

The presidency’s agenda included regular monitoring of the Action Plan, overseeing different Council formations and organising multiple events on issues related to the challenge, both in Brussels and Bucharest.

Ahead of the EU elections, Dimitar Lilkov of the Martens Centre for European Studies said it would be important to bear in mind that “disinformation should not be understood only as ‘fake news’”.

In a report outlining the challenges facing the elections, he wrote that “such one-dimensional labelling oversimplifies the phenomenon of malign information operations which are often varied and subtle in their approach”.

Lilkov added that “in some cases, the disinformation campaigns do not share fake content per se but promote particular stories from trustworthy media sources in order to contribute to a specific narrative. Other involve the triggering of strong emotions in users.”

Once the end-of-May elections were done and dusted, the Romanians distributed a report to member states in the last week of their mandate, concluding that more “sustained efforts” need to be made.

The report also found that approaches to issues like fake news vary “greatly across member states” and are shared between ministries, rather than focusing on a more centralised offensive.

It added that disinformation campaigns “aim to undermine trust in democracy and in the EU, its policies and core values”, as well as exploit “divisive public debates and create a climate of mistrust”. 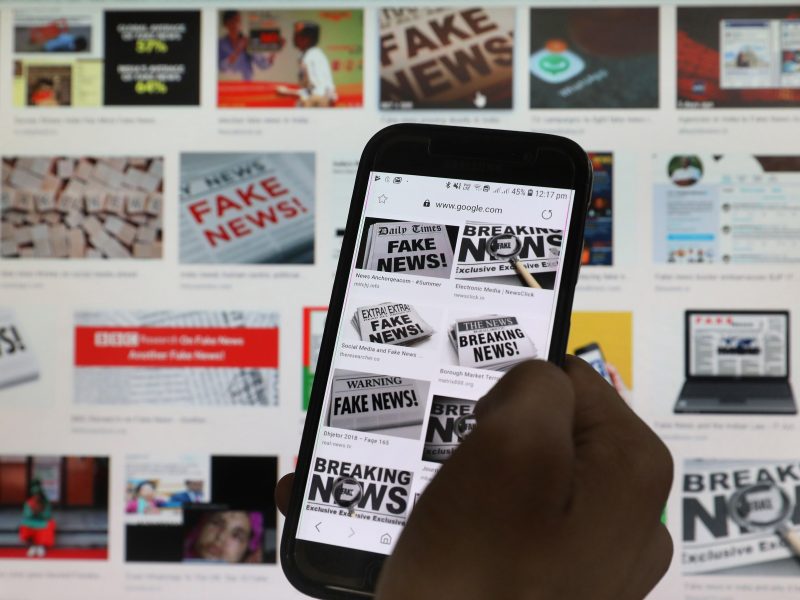 The main findings suggested that “wedge issues” like migration and terrorism are the main hotbeds of activity. Other such issues are roles of national capitals in EU decision-making, NATO, climate change, religious tensions and healthcare.

He explained that it will need a “multi-stakeholder approach, by the EU institutions, member states, civil society, online platforms and academia”.

In its conclusions, the report said that efforts should focus on a “calibrated response”, “proactive and reactive approaches” and raising awareness. It also calls for a reflection period on tweaking the existing legal and institutional framework.

”The Romanian Presidency’s report and the June European Council Conclusions clearly underline the need to continue the coordination and preparedness efforts toward strengthening the resilience of our society,” said EU Romanian ambassador Luminița Odobescu.

She added that it would be best done “through better understanding of what each member state is doing and how it is affected, but also through exchange of best practices”.

The work continues: Based on the presidency trio proposal, the plan is set to be carried on by the Finnish presidency and then by Croatia’s.

The idea is to put in place a more structured approach at the Council level in strengthening resilience and countering hybrid threats, including disinformation.

Things are moving fast too, as member states have recently agreed to set up a dedicated “Horizontal Working Party”.

The first meeting of the hybrid threats task force will be held under the Finnish presidency in the coming week.