Heads of state and government from the EU-27 signed off on broad-brush ‘ten commitments’ for Europe’s next five years on Thursday (9 May), as they adopted a vague Sibiu Declaration during the opening stages of an informal summit dedicated to the bloc’s future.

The leaders took only a few minutes to agree on the draft text, which was widely circulated last week and covers everything from defence and solidarity to the rule of the law and the EU’s role on the global stage.

“We will continue to protect our way of life, democracy and the rule of law,” the declaration reads, concluding that the EU will “jointly tackle global issues such as preserving our environment and fighting climate change”.

Less substantial and specific than traditional summit conclusions, the declaration outlines broad strokes on what the EU should focus on in the coming years, rather than suggesting actual courses of action.

EU officials have jokingly referred to the text as “the Ten Commandments”.

Brussels has been involved in a protracted rule of law dispute with Hungary and Poland over the past year, while Romania has also provoked the ire of EU leaders. But all three countries still signed up to the declaration, underlining how vague the commitments actually are. 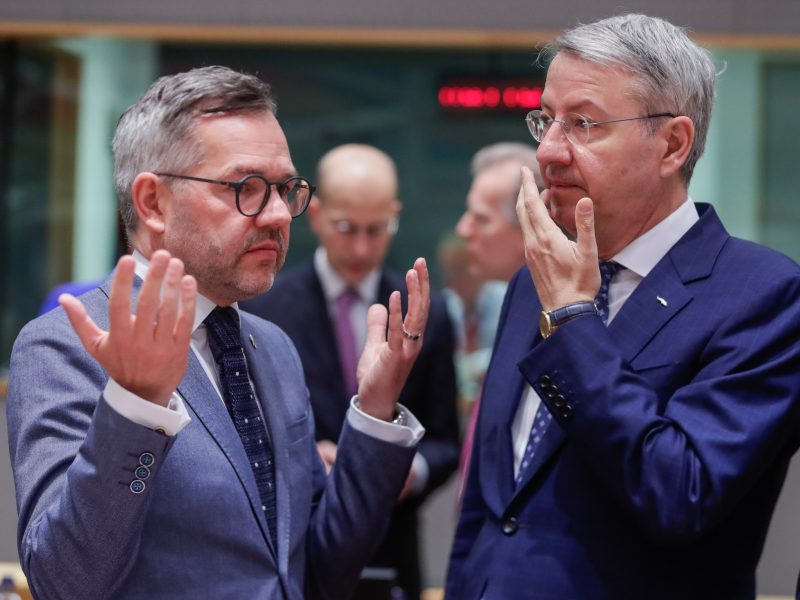 The declaration pledges to “uphold and develop the rules-based international order”, just a day after Iran announced that it will stop implementing parts of the landmark nuclear deal, a jewel in the EU’s foreign policy efforts which started crumbling after US President Trump abandoned it last year.

Upon arrival at the Sibiu summit, French President Emmanuel Macron insisted that the deal “must be saved” and urged Tehran to “avoid an escalation” of the situation.

Iran’s decision was a reaction to Trump’s scrapping of the nuclear deal, which further thwarted the EU’s efforts to protect the rules-based international order, after Trump nixed US involvement in the Paris Agreement on climate change too.

Environmental activists descended on Sibiu to urge the leaders to keep climate change at the top of their agenda, though the Green Party revealed that the mayor of the city had not granted a permit for the march.

Demonstrators still made their voices heard though, amid heavy security that locals have said is a remnant of the communist period.

Greenpeace also criticised the Sibiu Declaration for putting climate change as “a footnote to an afterthought in their statement on the future of Europe”. Executive Director Jennifer Morgan said she was “appalled” by the text.

In what was meant to be the first high-level meeting of European leaders after the United Kingdom was supposed to leave the bloc, mention of the word ‘Brexit’ has been kept to an absolute minimum. 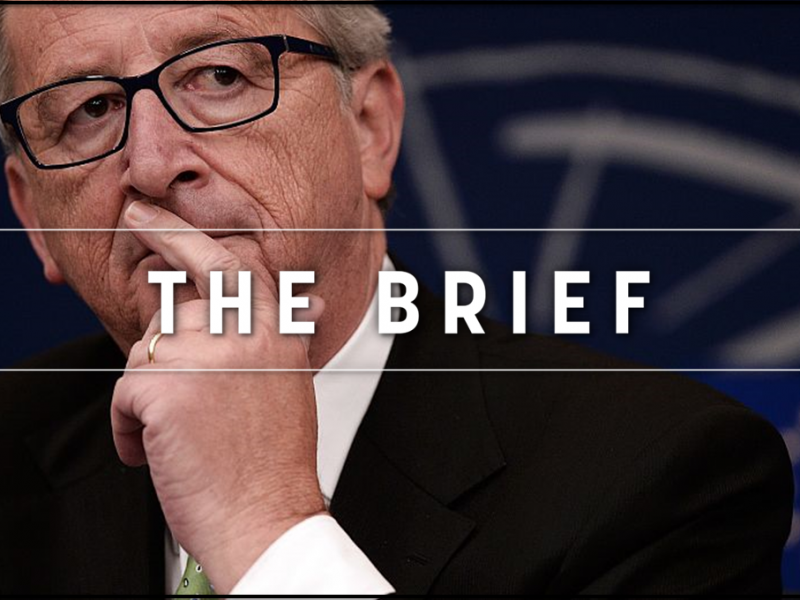 EU leaders gather in the Romanian city of Sibiu this week to talk about the future of Europe but what kind of chat will be off limits over coffee and cake?

European Commission President Jean-Claude Juncker told reporters on arriving at the Sibiu meeting that “if they stay they stay. If they go they go”, while one EU diplomat said before the summit that “this is a Brexit-free summit and everybody is relieved”.

Talks are ongoing in Transylvania on the strategic agenda for the next five years, which should be far more specific than the declaration, as well as discussions on how the bloc should allocate its top jobs after the EU elections at the end of May.

Leaders including Luxembourg’s Xavier Bettel and Lithuania’s Dalia Grybauskaite made it clear that the current system, the Spitzenkandidat process, is likely to be scrapped this time around.