Ales Bialiatski is a Belarusian political activist known for his work with Viasna Human Rights Centre, of which he is currently the head. He is also the Vice President of FIDH, the Worldwide Movement for Human Rights. Until recently, Ales Bialiatski was imprisoned by the Belarusian authorities on fabricated charges.

How long did you spend in prison?

Almost three years. I was freed in June 2014. Tomorrow [5 February] would be the day when I should have been released, if I had served my whole sentence.

Those were fabricated charges, if I remember correctly?

Yes, it was about unpaid taxes. Although this was not my money, they were funds for my human rights organisation. But the authorities considered them my personal income.

In Russia they consider organisations like yours “foreign agents”…

In Belarus it’s simpler. They just close them down. In 2003-2004, they closed next to 400 NGOs, including our centre. Since then, we work without registration, even though there is a criminal charge for such activity.

But why has the EU suddenly decided things are better in Belarus? On 29 February, the member states are expected to definitively lift the sanctions against Belarus.

The Minsk diplomatic process, which led to the Minsk agreements on Ukraine, has helped Lukashenko?

Without any doubt. The Minsk process has played its role, and now what takes precedence is the practical approach. I could call it a cynical approach, but it would be better to call it practical.

After the political prisoners were released in August 2015, which was a condition of the EU, nothing changed in the country. But thank God the EU didn’t soften its approach before that. They were patient enough.

When I say nothing changed it’s the position of all human rights organisations. We monitor the situation, we observe the situation in a range of parameters, and no improvements took place. Nevertheless, we will see a full lifting of the sanctions.

Is the lifting of the sanctions a good or a bad thing?

I think it’s dangerous. In the three months which elapsed since the sanctions were suspended, nothing in Belarus happened. Nevertheless, the EU takes another step toward the Belarus regime, not having received anything in exchange. This is dangerous, because it creates a feeling of permissiveness, ahead of the parliamentary elections in September. Will they be democratic? Would they be transparent? I can already tell you they will not.

Is the EU stepping back from safeguard its values?

At all the meetings I had in Brussels over the last two days [Bialiatski has met with ambassadors in the Council, in the EEAS and with Commission officials] I was told that the concerns about democracy and human rights in Belarus remain an important issue for the EU. But how this will happen in practice, we will see. I fear that pragmatism, economic and geopolitical considerations could take priority over human rights.

And that’s exactly what the regime is promoting. The Minister of Foreign Affairs [of Belarus Vladimir Makei] says we are interested I business, in trade, in investment with the EU, but don’t interfere in our internal affairs. If the EU agrees with this approach, it would be very bad for us.

But you have noticed that the EU is making changes to its neighbourhood policy, to its Eastern Partnership (EaP) initiative, which goes in that direction.

There are talks ongoing, we haven’t seen concrete proposals. In any case the countries covered by the Eastern Partnership [Ukraine, Moldova, Belarus, Georgia, Armenia and Azerbaijan] are now heading in different directions. That’s why this initiative will probably be divided in different pieces. Each country will run on its own track, and there will be a separate one for Belarus. To compare Belarus with Ukraine or Georgia is difficult.

By the way, all the officials I met in Brussels also received the Deputy Foreign Minister of Belarus, Yelena Kupchina, She was visiting in the morning, and me, in the afternoon. And of course she was speaking about the desire of the Belarus authorities to move forward with relations, while I was saying the time of the beautiful words is over, and what is important is what really happens in Belarus.

The economic situation in Belarus is less disastrous that in Ukraine, don’t you think?

They have war. In Belarus we don’t, but the economy is going down, and the crisis continues. The social tensions are growing, and certain categories, like small businesses, are protesting, although for the time being, in a very quiet manner. But we will see how things develop.

Lukashenko is trying to sell the brand “peaceful Belarus”, but the conditions are worsening. And he said he doesn’t intend to change the economic structure of the country, as it was built 20 years ago. 80% of the economy is run by the state. Many enterprises are ineffective, they are fed by the state budget and have no intention to adapt. Lukashenko intends to keep this Soviet-type system, with minor modernisation, in Belarus. Up to now he was successful thanks to the low price of gas, of petrol, and cheap credit from Russia. But Russia can no longer provide this. That’s why Lukashenko is very interested in developing relations with the EU.

The fact that Lukashenko didn’t recognise the annexation of Crimea played a role for such a rapprochement?

Thank God he didn’t recognise Crimea. But who recognised Crimea? Some small islands, to which Putin paid some money. But there’s another aspect there. The risk of Putin annexing other territories as well frightened Lukashenko. If yesterday they took Crimea, why wouldn’t they today take Vitebsk, Mogilev, or the whole of Belarus?

Is Lukashenko’s strategy in the future to balance between Russia and the EU?

Absolutely, that’s exactly what he’s going to do. He will never be a solid partner to the EU, because for him, democracy is alien. So he will be cheating both sides, making promises and obtaining benefits, also on the account of the geopolitical games that are being played in our region.

What about the Eurasian economic union? Wasn’t Lukashenko a promoter of this project [it was founded by Russia, Belarus and Kazakhstan, and later, Kyrgyzstan and Armenia joined]?

Exactly, he was pushing for this project, even more than Putin, and the propaganda in Belarus was strongly promoting it. But the Eurasian union got stranded in crisis, economic, and of other nature.

But Lukashenko remains an important partner of Russia in the military sphere. This is about the Russian military bases in Belarus, the common military exercises which usually take place next to the borders of Lithuania and Poland; about the military equipment they receive from Russia, which is 100% of the country’s armament. And there is political cooperation. Just have a look how Russian and Belarus diplomats advocate the same position at all international fora.

I like the comparison, but how about Romania? The Romanian dictator, Nicolae Ceau?escu, was an ally of Russia and a friend of the West.

Indeed. At that time, Ceau?escu pretended to have an independent policy with respect to the political line imposed by the Soviet Union to its satellites. And everywhere in the West they loved him. But the Communist regime in Romania, the dictatorship, was worse compared to any country of the Soviet empire. Lukashenko plays the same game. He tries to use the confrontation between the West and Russia for his objectives. 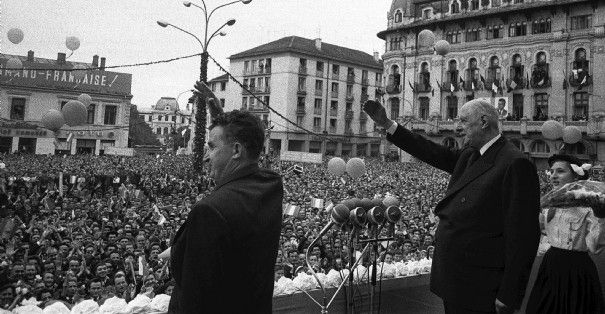 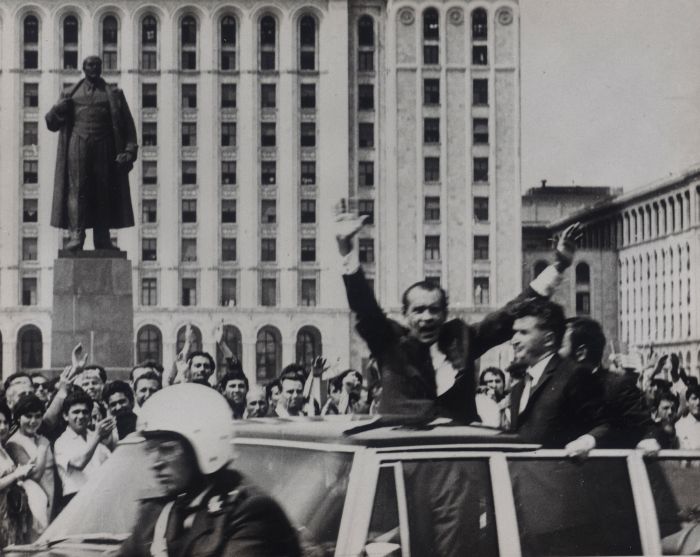 Richard Nixon and Ceau?escu in Bucharest.

How does the Belarus opposition look today?

I wouldn’t say that it is weak, but I would call it “not strong”. It is not represented in political life. It does not have a single member of parliament. It has been given a small corner and it has been told to stay there. All elections are falsified, the electoral commission as controlled by the executive. Being a member of those parties can only result in trouble. You can end up in jail, you can lose your job, your family members will be persecuted. So the number of opposition party members is very small. They look more like political clubs. So you can have political opinions, but no impact on the state policies. Without fair elections, it’s impossible to imagine that those parties could have political representation.

How about the media?

The situation there is more interesting, because there are media big enough who operate from Poland in Belarusian language. There is Radio Svoboda, in Prague. There is a website in Belarusian, based in Warsaw. This creates a certain alternative to the state media monopoly. But even in Belarus, there are a few newspapers and a few websites, although they are permanently fined and harassed. On the Internet, the democratic websites take a larger place than the state ones. And it’s exactly the other way round regarding printed newspapers.