The Moldovan government wants to transform the country into a platform for cooperation and even though the idea of a modernised, European Moldova is defined very clearly, Foreign Minister Andrei Galbur says it is wrong to split the country along pro-European or pro-Russian lines. EURACTIV Slovakia reports.

Andrei Galbur is minister of foreign affairs and European integration and vice-chair of the Moldovan government.

The question strikes the core of strategic communication. It is fair to say that people in Moldova know that the EU is the biggest supporter of reforms in the Republic of Moldova, both by means of financial as well as technical assistance, including expertise or advisory assistance.

I believe you would not be able to point out an area of life in Moldova that has been uninfluenced by this assistance. Do the people know about it? Yes, they do. Yet, we shall do even more to raise awareness.

Is the government successful in that matter?

It is certainly a challenging element. People realise that effects will not be immediate. It requires a certain degree of sacrifice that people have to make. Are the people of Moldova tired of making sacrifices? Yes, they are.

It is unfortunate that some politicians of the past, while wrapped in the flag of the EU and the flag of reforms, were conducting quite shady business and affairs. They actually contributed to the loss of trust in the overall concept of the European integration.

Moldova should look to Moldova in the first place. Modernised, European Moldova is defined very clearly: everybody wants functioning institutions, good roads, good hospitals, good schools and so on. And what is the alternative? Apart from the rhetoric about the access to the Russian and Eurasian market, there is really nothing else in the alternative model. Russia’s investment in Moldova is only a fraction of the assistance that the EU has provided. 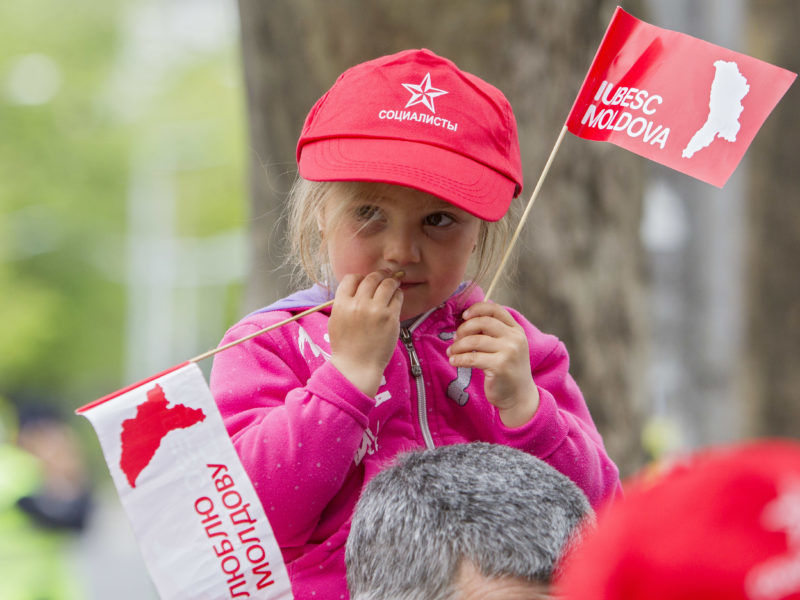 The International Monetary Fund has approved the disbursement of a second loan tranche to Moldova worth $21.5 million, citing stronger-than-expected growth. EURACTIV Romania reports.

It seems you are very pro-European. However, this is not the case across the political spectrum. The presidential office, for instance, does not share your enthusiasm towards the EU. How do you deal with such divisions?

For us, it is important to be pro-Moldovan. It is a false theme to divide ourselves between pro-European or pro-Russian inclinations. This thinking is simply used to manipulate the electorate.

For the farmer, the choice is quite simple. Yet, we are trying to explain to the farmer that developing a product that is in line with certain standards comes hand in hand with an investment into technology, with development. It means that a farmer has a future.

What the other camp is offering is a quick solution, valid just today. But you better do not ask them what is going to happen tomorrow, as they cannot give you that answer. 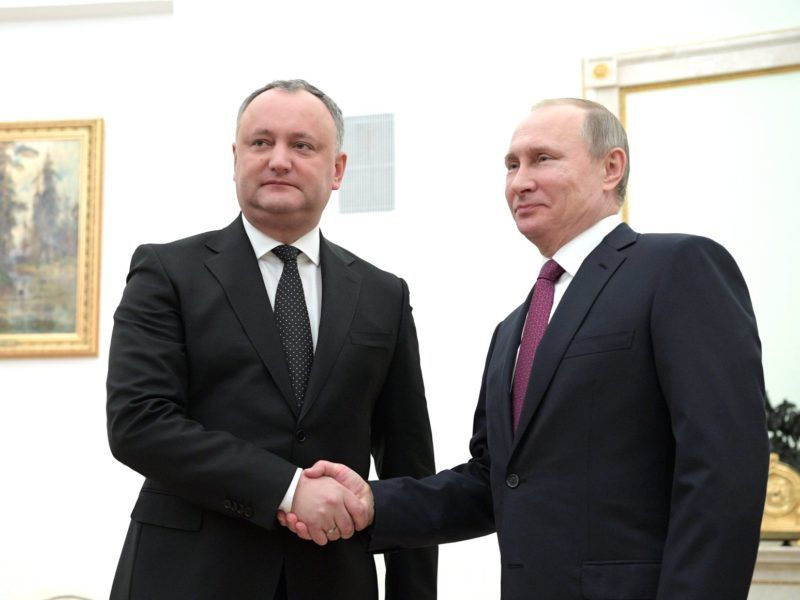 Yet, do you think that such political division is creating a constructive political environment and at the end of a line, it helps Moldovan citizens?

What does not kill us makes us stronger. This is a democratic exercise. It is unfortunate that in this case, the presidential institution is focusing more on campaigning for the next parliamentary election instead of focusing on the issues of all Moldovans.

Our president promised to be the president of all Moldovans, even of those who voted against him. We try to work very hard together with his office, in order to identify common approaches and solutions to the issues of the entire country. It is not easy, but we are determined to continue on the path that we have chosen: the path of reforms.

Particular concerns coming from Brussels regard growing Russian influence in the region. Is a strengthened Russian presence influencing citizens directly?

As far as the media are concerned, Russian television is present virtually in every household. It is very difficult to compete because they invested a lot. Their media content, for instance, is very attractive. However, they also manage to squeeze in elements of propaganda. 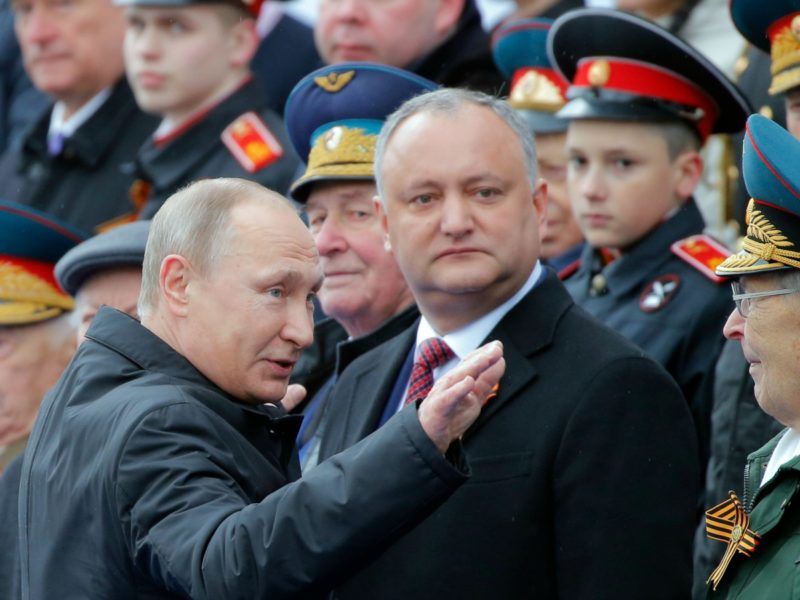 However, Russian presence is rather essential in another matter: the 5+2 negotiations on Transnistria. Did the EU positively influence ongoing developments or would you suggest that Russian support might have been more concentrated?

I do not see any competition in here. We do not want Moldova to become a polygon of a geopolitical experiment and exercises. The government wants the country to become a platform for cooperation and for identifying solutions.

If you look at the territorial conflicts in the post-Soviet area, you will find out that the one in Moldova has all the ingredients to be resolved quite easily. The conflict is not based on ethnic or religious division – it is strictly a political and an artificial conflict. Thus, it has to be settled by political means.

I am convinced that the 5+2 political format is a unique platform as it involves both Russia and Ukraine, the countries that are themselves engaged in a territorial conflict. When it comes to Transnistria, they are part of the same platform.

The negotiations include the OSCE, the EU, and the United States. Therefore we believe that the negotiations created a platform where even Russia can show itself as the one being a part of the solution.

Moldova was recently granted observer status in the Eurasian Union. Could this be a certain pathway where Moldova might be looking further?

Let’s remember that this country is a parliamentary democracy. The constitution suggests that it is the parliament who adopts the guiding lines for both, domestic and foreign policy. And it is the government who is tasked by the parliament to carry them through.

Our tasks and priorities are very clear: we have the Association Agreement with the EU and we remain committed to the engagement of that path. Everything that happens outside of that process has purely populistic and electorate-targeting motive. Most importantly, it does not carry any legal obligations for the country what-so-ever. 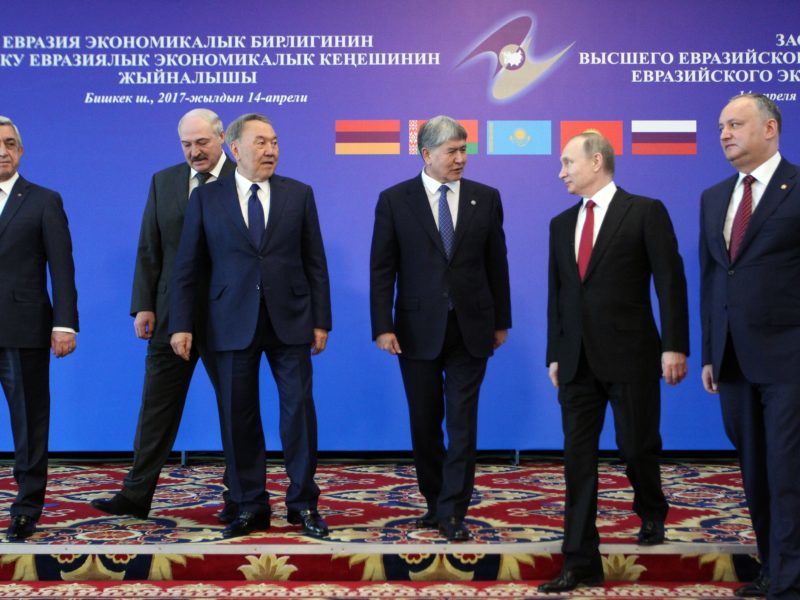