Too many loopholes left in Belarus sanctions regime, says Tsikhanouskaya 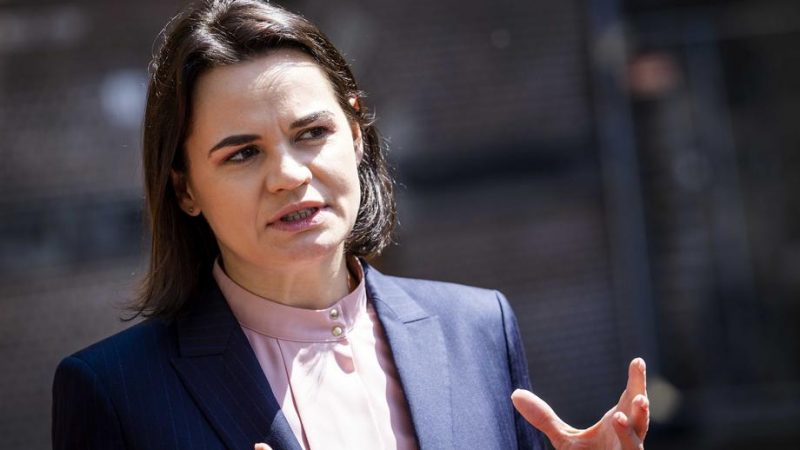 One such loophole is the trade with potash, Tsikhanouskaya stressed. [EPA-EFE/SEM VAN DER WAL]

“Too many loopholes have been left and Lukashenko and his thugs are using these loopholes, misusing international laws, and they know how to circumvent the sanctions,” Tsikhanouskaya said in an interview in Brussels.

One such loophole is the trade with potash, one of Belarus’s key exports and therefore one of the most important sources of income for the Lukashenko regime, she stressed.

In June, the EU imposed sanctions on potash from the country with potassium content of less than 40%, or more than 62% in the dry product, with everything above remaining outside the EU’s list of sanctioned items.

“The EU imposed sanctions on Belaruskali, American sanctions were imposed on the Belarusian Potash Company – so it’s also different structures,” she said.

“Effectively, the sanctions almost don’t work and trade with potash actually increased in value since last year due to the rising price of potash, which makes the regime get extra €5 million for trading it,” she added.

The most evident problem with pressure on the regime is not well-coordinated sanctions, Tsikhanouskaya said, adding that there is nobody to investigate whether the imposed sanctions are fulfilled or not.

“Sanctions should be more coordinated, more united, because half-measures only harm our situation, and it only prolongs Lukashenko’s stay in power,” Tsikhanouskaya said, adding one point of discussion in her meeting with EU foreign ministers on Sunday (12 December) was how to make sanctions tougher.

The Belarus opposition leader also criticised lengthy processes between different rounds of past EU sanctions, which she said made it more possible to circumvent sanctions already in place.

“There is too huge a gap between one round of sanctions and the others, and Lukashenko’s regime can use this period to open new organisations that are not under sanctions,” Tsikhanouskaya said. 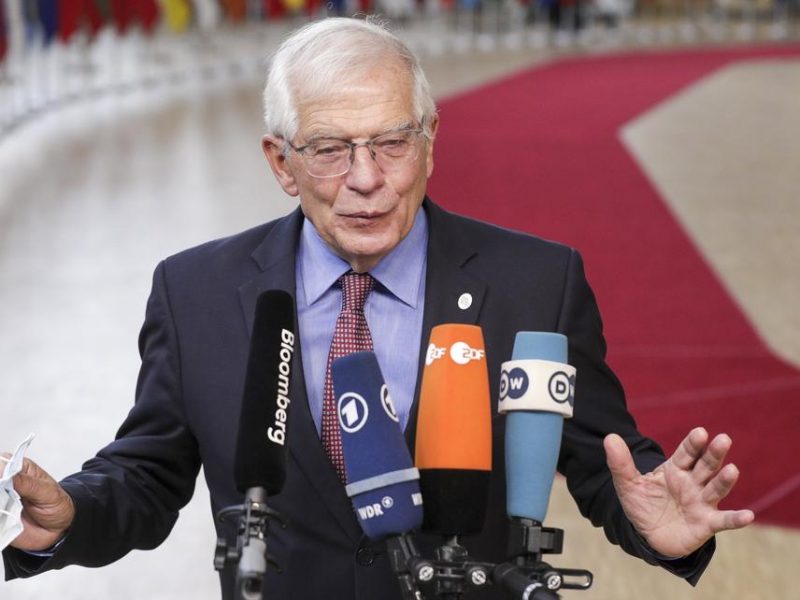 “We are afraid it is only being discussed at the moment, but when will it be imposed – in three, four or five months? Nobody knows,” Tsikhanouskaya said.

According to EU diplomats, a sixth sanctions package is already being discussed, but the scope and timing remain unclear.

“I always underline that this is an urgent question because our time, the time for our prisoners, flows differently than your time,” she stressed.

“What the regime is doing now, what is so ugly, is that they detain people and force them to make confessions on camera – this should resonate with European society,” Tsikhanouskaya said, adding that the practice increasingly targetted people with different sexual orientations.

According to Tsikhanouskaya, the advertisements raise questions about a social media platform’s ability to effectively moderate how their platform may be used to amplify questionable content.

“YouTube has to pay attention to the fact that these videos are widespread, they haven’t been blocked,” she said, adding that there would be the need to “start competing against such videos”.

Asked if she was worried that the current migration crisis at the Polish-Belarusian border would be drawing away attention from the precarious situation of political prisoners in the country, Tsikhanouskaya said that “we don’t have the right to forget about them”.

“It’s our mission to remind people that our main task is to help people in Belarusian jails – they are hostages, the same as the migrants at this border,” she said.

“Lukashenko could threaten the EU with other threats, like he recently did with stationing Russian nuclear weapons or drug trafficking. But without dismantling his regime, we will not be able to stop all these threats,” she added.

Ahead of the Eastern Partnership summit on Wednesday (15 December), the EU announced it would increase by €30 million its support for Belarusian civil society.

Minsk is likely to be represented with a Belarusian flag and an empty chair.

Although the best solution would have been for Belarus opposition representatives to be there, Tsikhanouskaya acknowledged that this was not possible, in light of international regulations.

“But we badly need our Eastern Partnership participation, and we ask those who are responsible for it to invite representatives of Belarus and its people to any discussions,” she said.

“We will need these programmes in the future for reforms after the transition period,” she added. 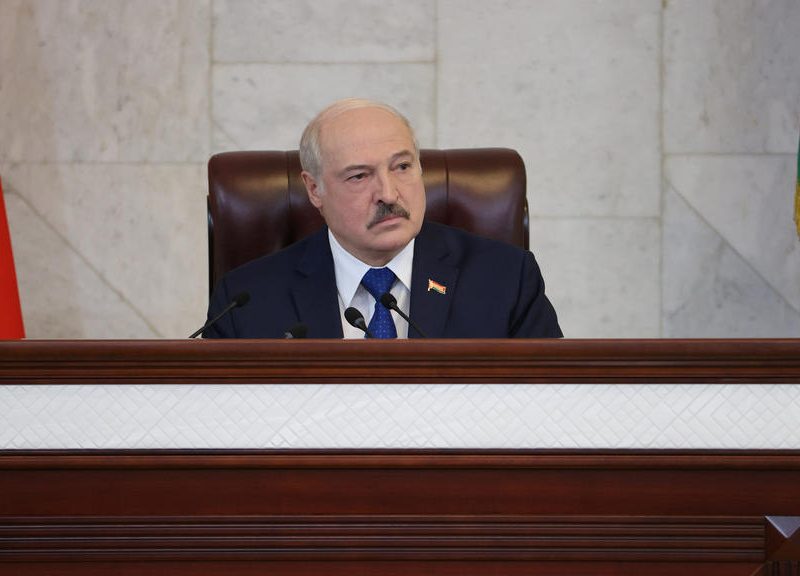 Belarus on Monday (28 June) said it was suspending its participation in the EU’s Eastern Partnership, an initiative to boost ties between the EU and its ex-Soviet neighbours, a move condemned by Brussels as “another step backwards” after the skyjacking …

Asked how the EU could up the pressure on Lukashenko, Tsikhanouskaya said she believed there is political will among European countries, but there is also a lack of tools and instruments to influence the regime.

Beyond EU support, Tsikhanouskaya also said the Belarus opposition had hoped for other organisations to be more involved.

“We paid so much hope on Sweden during its OSCE chairmanship, there were attempts to organise some events about Belarus, but almost nothing really happened,” she said, adding that the next chair, Poland, is expected to make much more efforts since they are directly impacted by the Lukashenko regime.