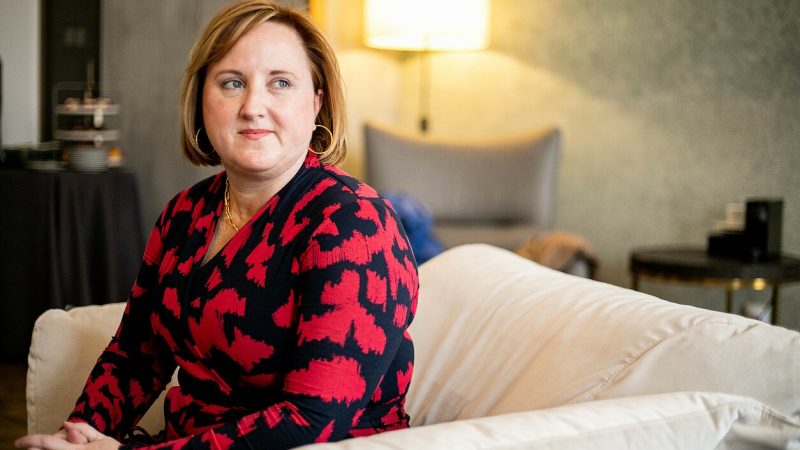 "My goal has been to get to Minsk and my goal remains to get to Minsk. We think it is incredibly important to have an American ambassador on the ground. So I will continue to work to that end," said US Ambassador to Minsk, Julie Fisher, whose visa to travel to Minsk still has not been approved. [E. Blaževič/ LRT nuotr]

After it was announced last year that Belarus would get a US ambassador after a 13-year hiatus, the new US ambassador to Minsk Julie Fisher was denied entry and is based currently in Vilnius, from where she spoke to EURACTIV’s partner LRT.lt.

The interview was taken before Russian President Vladimir Putin accused the US of having staged a coup in Belarus.

It seems that the relations between the Belarusian regime are a bit rocky – when the US Embassy congratulated Belarus with its Independence day on 3 April, the regime reacted with mockery. Is your arrival in Minsk still possible?

My goal has been to get to Minsk and my goal remains to get to Minsk. We think it is incredibly important to have an American ambassador on the ground. So I will continue to work to that end.

[…] While we wait for the authorities to issue a visa, I am not going to sit in Washington waiting and hoping, but will rather very actively engage and pursue American interests in Belarus and in the region. So my trip here is evidence of our continued support for the people of Belarus.

I am here to work with our partners, the government of Lithuania is an incredibly important partner for us as we think about developments in Belarus. And of course, there are elements of Belarusian society in exile here and my engagement here continues to be absolutely essential.

Let me say, that there are a lot of options on the table with regards to where and how I conduct my work and undertake my responsibilities while we wait for that visa.

The decision to reside in Vilnius was a fast one. Are you going to move around?

My goal remains getting to Minsk. And where I work in the meantime is a question that remains undecided at this time.

Yesterday, a resolution in the US House of Representatives was presented stating that Mr Lukashenko is not to be considered a legitimate leader of Belarus and instead a dialogue with the Coordination Council should be maintained for the transition of power. 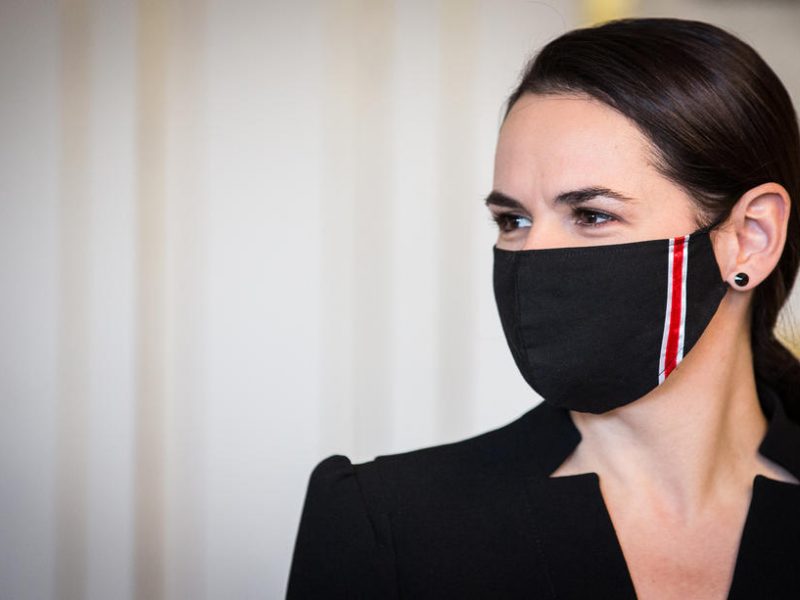 Tsikhanouskaya: Repressions are escalating, EU should be 'braver' in its sanction policy

“The protest mood hasn’t been stifled …

What is the current position of the United States, are contacts to be maintained only with opposition figures?

Our goal in Belarus is really to have the ability to engage with all parts of the Belarussian society and that includes the authorities on the ground in Minsk.

We believe, there is an important conversation to be had between the US and the authorities there. We are calling on them for the release of the political prisoners, to end the torture of those they have imprisoned, to engage in a meaningful dialogue relating to the elections.

We think it is important to have a dialogue relating to these issues. We have an embassy on the ground in Minsk even after the ejection of our ambassador in 2008 we have maintained diplomatic relations with the authorities in Belarus. So that has not changed.

What is the position of Belarussian authorities towards diplomatic relations with the US and your Embassy? Are there any fruitful contacts?

Yesterday you met with Svetlana Tikhanovskaya, earlier you have met other opposition figures in Warsaw. There have been some speculations that the opposition movement is fragmented and not unified, what is your opinion from the meetings?

I truly think she [Tikhanovskaya] is in a very unique position relative to the position that she earned with her actions last summer; the role that she was thrust into following the arrest of her husband and other opposition candidates.

It is clear that she has the support of a tremendous number of Belarusians. While we don’t know and never will know the true counts of votes last summer, what we do know based on the hundreds of thousands that turned out to demonstrate in the streets across Belarus is that she does have an enormous amount of support.

She and others that are on the Coordination Council, others, who are leaders in promoting democracy and the rule of law in Belarus. I would tell you that actually there is a great deal that they agree on and as I have worked in this part of the world for 25 years,

I actually am a bit impressed in the other direction in terms of how focused they are on the goal of getting to a new election where those who are imprisoned are able to compete […], to present a vision of what Belarus can be in the future.

There are, of course, differing views on how to get to that point, about what should follow, but on the top-line issues, I think there is a great deal of agreement.

I actually think it is a sign of a healthy level of democratic development that they don’t all need to have one vision. And this will be a part of that discussion that the citizens of Belarus will have the opportunity to consider a variety of views about what Belarus will be. 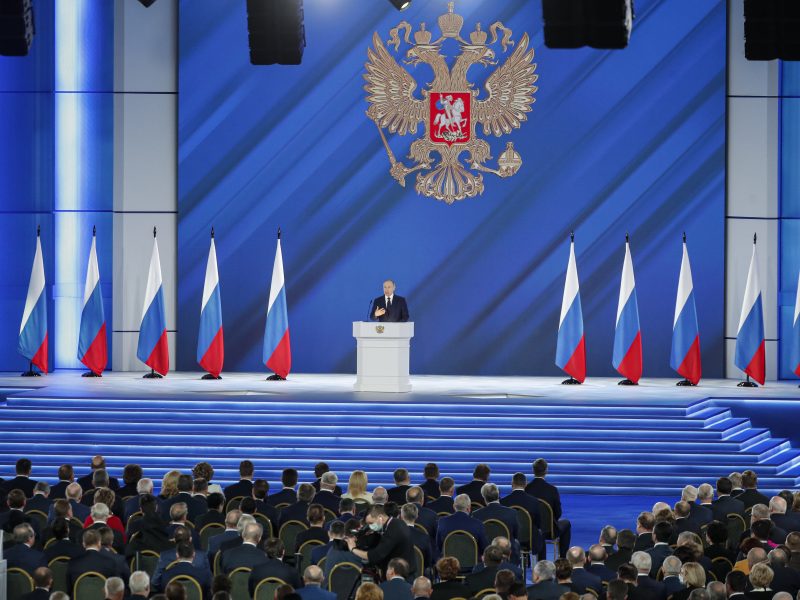 What status does the US give to Tikhanovskaya, is she considered to be a leader of the opposition, of the Belarusian people, and what is Mr Lukashenko’s status?

Mrs Tikhanovskaya, again, as evidenced by the tremendous amount of popular support she has, holds a very special position. But it is not an elected position and she doesn’t claim to be the elected president of Belarus. So in many respects, we recognise that she is a leader of a movement that is about the future of Belarus.

What is the ultimate goal of US policy towards Belarus – democratisation, regime change, not letting it totally slide into Moscow’s arms?

Our focus on Belarus has two parts that are equally important. One is about space for democracy and the rule of law in Belarus and it is equally about Belarus’ sovereignty and independence.

In my view, these two are inextricably linked. If the people of Belarus face enormous suppression, if they are unable to have their views heard, this weakens Belarus as a country. If there is not enough room for the economy to develop and grow, these are questions that go directly to Belarus’ sovereignty and independence.

There is a dial on this and it is not one that is just on or off. These are questions that have been in the making for decades. And Belarus has become increasingly dependent on Russia for decades in the energy sphere, in the economic sphere, politically, militarily.

The question of ensuring Belarus’ sovereignty and independence in the future means having sustainable governance where the will of the people is respected and the voices are heard.

The quest for democracy and freedom is in the hands of the people of Belarus. They should know that they are not alone, writes David McAllister.

Recently the US has reintroduced sanctions for the Belarussian regime and state-owned enterprises. How might this affect the relations and your work and are future sanctions on the table if the regime continues its policy?

One of the elements of US policy with regards to Belarus in the long term has been the role of US Congress. And Congress’ leadership in support of human rights in Belarus has been essential for our efforts. The Belarus Democracy Act in its different versions has really guided our efforts. And the Act very closely links the question of sanctions, the waiving of sanctions and the field of human rights and political prisoners in particular.

In 2015, the US was able to waive certain sanctions, because Belarus has made a tremendous amount of progress on human rights and had released all political prisoners. What we see since the fraudulent elections in August 2020, is incredible steps backwards in this space.

The regime has been imprisoning people for their thoughts, ideas, audacity in putting themselves forward to compete in a presidential election since last summer.

More than 350 people remain in prison under incredibly harsh conditions, where they face beating and torture and other humiliating tactics. Simply because they don’t agree with the leader of Belarus.

So for our part, given the Belarus Democracy Act, there is no space for us to continue waiving sanctions, while these conditions persist.

So what we have told the authorities in Belarus, that to avoid the reimposition of sanctions, the release of political prisoners – and steps towards this meaning dialogue – toward a new election was absolutely required – and we have seen zero steps in that direction. […]

So what do you hope to achieve working as an ambassador and what is your hope for Belarus?

[…] There is a real opportunity for Belarus to develop into a modern European country. One that is not only at peace, but that has robust, prosperous, well-developed relations with all of its neighbours.

Our commitment to the people of Belarus not just to their fundamental freedoms, their ability to have their views heard, but truly we hope to see them as a modern nation that is deeply engaged in the region and a partner again for all of its neighbours.

And I think we can get there.