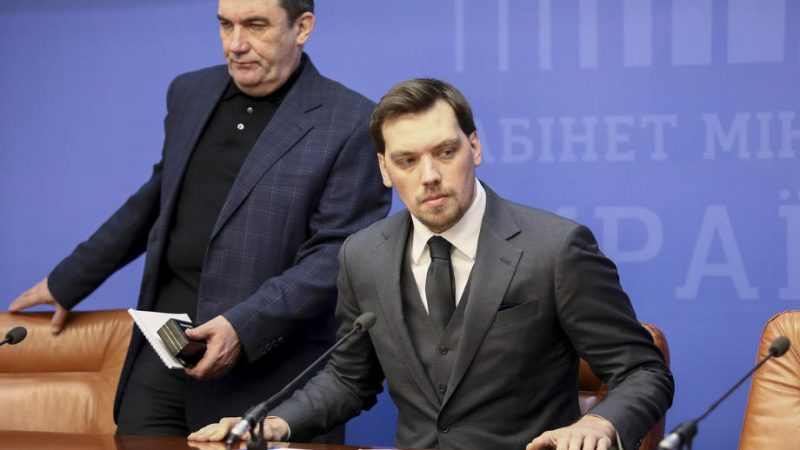 The new political season in Ukraine kicked off with audio tapes leaked on Wednesday (15 January), suggesting that the prime minister, the finance minister and the deputy central bank governor had criticised President Volodymyr Zelenskiy’s incompetence in the fields of economy and finance.

Two days later, Prime Minister Oleksiy Honcharuk handed in his resignation, which the president has yet to accept.

In the leaked tapes, allegedly recorded at a meeting of cabinet ministers and national bank officials in late December 2019, a man said that Zelenskiy is a “complete numbskull” when it comes to the economy and that he has a “primitive” understanding of economic processes.

Zelenskiy, a former comedian with no political experience, won the April 2019 elections by a landslide. 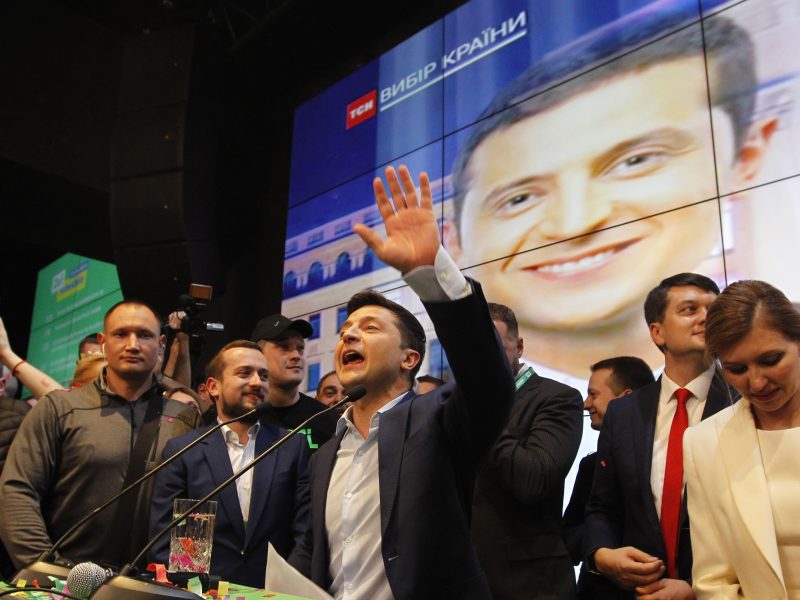 Honcharuk said on Friday the recording had been doctored and was made up of different fragments of what had been said at government meetings.

“Its contents artificially create the impression that my team and I do not respect the president, who is our political leader,” Honcharuk said on social media as he announced his resignation. He did not say whether it was his voice heard in the recording.

The recordings also contain discussions of a 50 billion hole in the budget, the consequence of the strengthening of the national currency, stronger demand for Ukrainian sovereign bonds, and the need to produce “Italian vermicelli.”

The latter refers to the need for Ukraine to move higher in the value chain to protect the country from the volatility of commodity prices.

The authenticity of recordings has not been confirmed. Central bank officials and the finance minister have declined to comment on the recording.

Honcharuk, also a political newcomer, was appointed to be the leader of the government in August 2019, the youngest to occupy the post in the country.

If Zelenskiy accepts his resignation, it will be sent to Ukraine’s parliament, the Verkhovna Rada. However, Honcharuk appeared in parliament later on Friday and reaffirmed his respect for the president, adding that Ukraine must remain united in the face of what he called information attacks and manipulations.

He was given a standing ovation by a number of lawmakers, though some shouted “shame on you”.

Tape leaks are the preferred method of character assassination and political pressure in Ukraine. Leaked recordings of a law enforcement agency chief, who has since been removed and placed under investigation, caused a scandal late last year as he was shown reporting to the head of President Zelenskiy’s administration on an ongoing investigation.

While EU officials see the bloc’s partnership with Eastern European countries as an overall success, rule of law and good governance are repeatedly cited as the main issue in Ukraine.

“The main challenge is to finally overcome corruption in the government sector,” said Honcharuk.