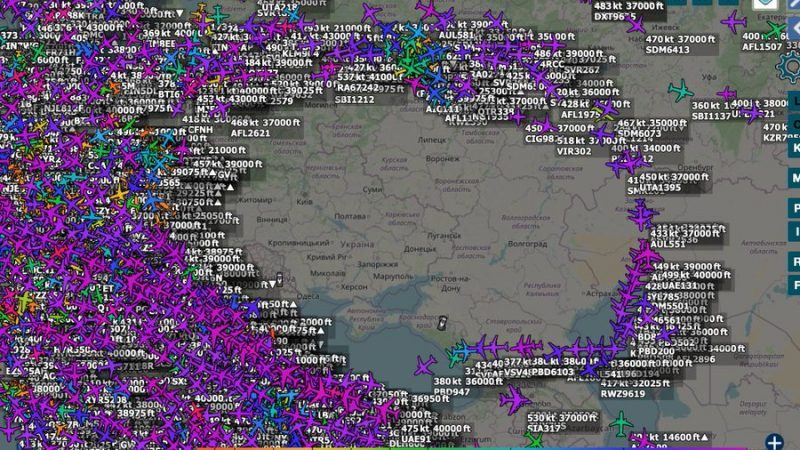 The fallout to the global aviation industry from Russia’s invasion of Ukraine is spreading beyond the airspace closings over the conflict zone as airlines, lessors and manufacturers face up to growing risks of doing business with Russia.

Alaska’s Anchorage Airport, a popular refuelling hub for long-haul flights when Western airlines were unable to access Russian airspace during the Cold War, said carriers had started making inquiries about capacity in case routes over Russia are affected by the Ukraine crisis.

Airspace over Ukraine is EMPTY now, according to @ADSBexchange. Heavy civilian air traffic elsewhere warned of "HIGH risk," any altitude. The image says it all. pic.twitter.com/93WXYNIWxy

Ukrainian President Volodymyr Zelenskiy vowed on Friday to stay in Kyiv as his troops battled Russian invaders advancing toward the capital in the biggest attack on a European state since World War Two. 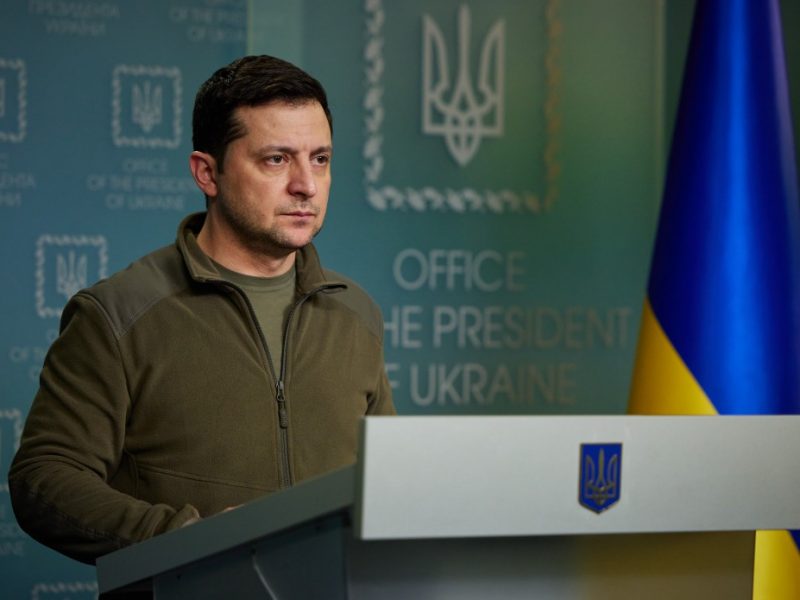 Ukrainian President Volodymyr Zelenskiy vowed on Friday (25 February) to stay in Kyiv as his troops battled Russian invaders advancing toward the capital in the biggest attack on a European state since World War Two.

Airspace in Ukraine, Moldova, parts of Belarus and in southern Russia near the Ukraine border was closed when the invasion began on Thursday, giving airlines a narrower range of routing options.

Emirates said it had made minor routing changes to Stockholm, Moscow, St. Petersburg and some US flights that were hit by the airspace closings, leading to slightly longer flight times.

OPSGROUP, an aviation industry cooperative that shares information on flight risks, said any aircraft travelling through Russian airspace should have contingency plans in place for closed airspace due to risks or sanctions.

“Russia are unlikely to initiate their own sanctions and airspace bans as they would not wish to see Aeroflot receive reciprocal bans,” OPSGROUP said. “However, they may react in response to sanctions from other states.”

The governing council of the International Civil Aviation Organization (ICAO), a UN body, will discuss the Ukraine conflict at a meeting on Friday, a spokesperson said.

As airlines assessed the airspace risks, they have also been hit by a spike in oil prices to more than $105 per barrel for the first time since 2014 as a result of the conflict. That raises operating costs at a time when travel demand remains low because of the pandemic.

Jefferies analysts said European airlines were also likely to take a longer-term hit to demand in light of the conflict, pointing to a 27% fall in travel from the European Union to Ukraine and Russia over the span of two years after Russia annexed Crimea in 2014.

Aviation bosses are also worried about the impact on dealings with Russian companies. Sanctions could disrupt payments to leasing firms and affect the supply of aircraft parts.

Russian companies have 980 passenger jets in service, of which 777 are leased, according to analytics firm Cirium. Of these, two thirds, or 515 jets, with an estimated market value of about $10 billion, are rented from foreign firms.

Russia’s domestic market has been among the best performers globally during the pandemic, with capacity down only 7.5% this week compared to the same week in 2020, according to travel data firm OAG.

The Biden administration announced major export restrictions against Russia on Thursday, hammering its access to goods, including aircraft parts.

The measures, however, include carveouts for technology necessary for flight safety, raising the prospect the impact to aerospace could be limited rather than sweeping.

“Notably, we believe that sanctions and export control activities should not hinder the need to maintain flight safety of commercial aircraft,” he said.