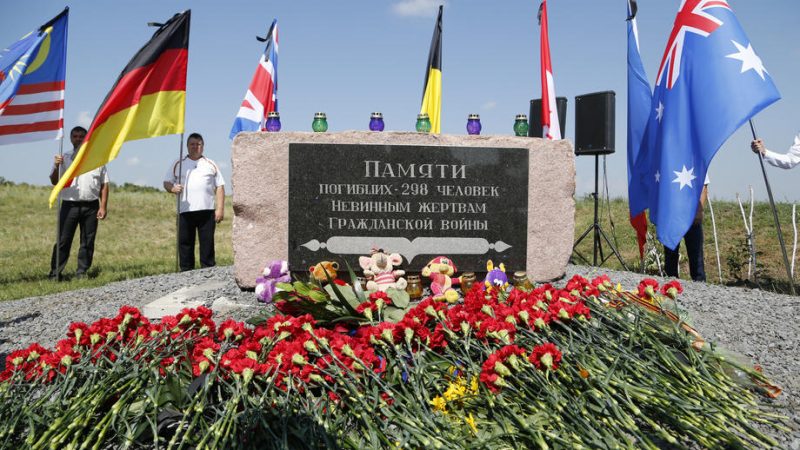 Local people hold flags during a mourning ceremony at the crash site of the MH17 plane, on the seventh anniversary of the disaster, near the pro-Russian militant's controlled village of Grabovo, around 100 kilometers east from Donetsk, Ukraine, 17 July 2021. [EPA-EFE/ALEXANDER USENKO]

Australia and the Netherlands said on Monday (14 March) they had begun joint legal action against Russia at the United Nations’ aviation agency over the downing of Malaysia Airlines Flight MH17 eight years ago.

The Boeing 777 was flying from Amsterdam to Kuala Lumpur on 17 July 2014, when it was hit over rebel-held eastern Ukraine by what international investigators and prosecutors say was a Russian-made surface-to-air missile, killing all 298 on board.

Australian Prime Minister Scott Morrison said Russia was responsible under international law and that taking the matter to the UN’s International Civil Aviation Organization would be a step forward in the fight for victims, including 38 Australians.

The Dutch government said the UN Security Council had also been informed of the step.

“The death of 298 civilians, including 196 Dutch, cannot and should not remain without consequences. The current events in Ukraine underscore the vital importance of this,” Foreign Minister Wopke Hoekstra said in a statement.

The rare procedure comes under an article of ICAO’s Chicago Convention designed to protect civilian aircraft from weapons fire. It was added in 1984 following the shooting down of a South Korean airliner by Soviet fighters the previous year.

The UN move is separate to a Dutch murder trial for four suspects over their individual criminal responsibility.

Australia said it was seeking full reparations from Russia for the injury caused, and the suspension of Russia’s voting power in ICAO, which sets standards for civilian air travel.

While it has no regulatory power, Montreal-based ICAO sits at the centre of a global aviation safety system that operates across political barriers. Its disputes procedure has only been used five times, according to the agency’s website.

Morrison said Russia’s “unprovoked and unjustified invasion of Ukraine” that began last month highlighted the need to hold Russia accountable for what he described as a “blatant violation of international law”.

Australia and the Netherlands said they would rely on evidence that MH17 was shot down by a Russian surface-to-air missile system transported from Russia under the control of Russian-backed separatists and returned to Russia after the downing. 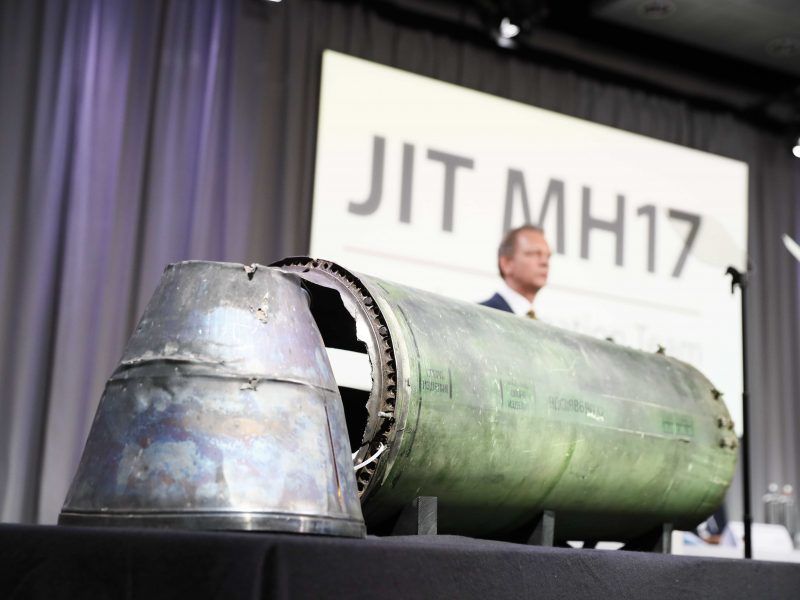 Moscow, which describes its actions in Ukraine as a “special operation,” has always denied involvement in MH17 and has promoted a range of alternative theories, which international investigators have rejected as unsupported by evidence. 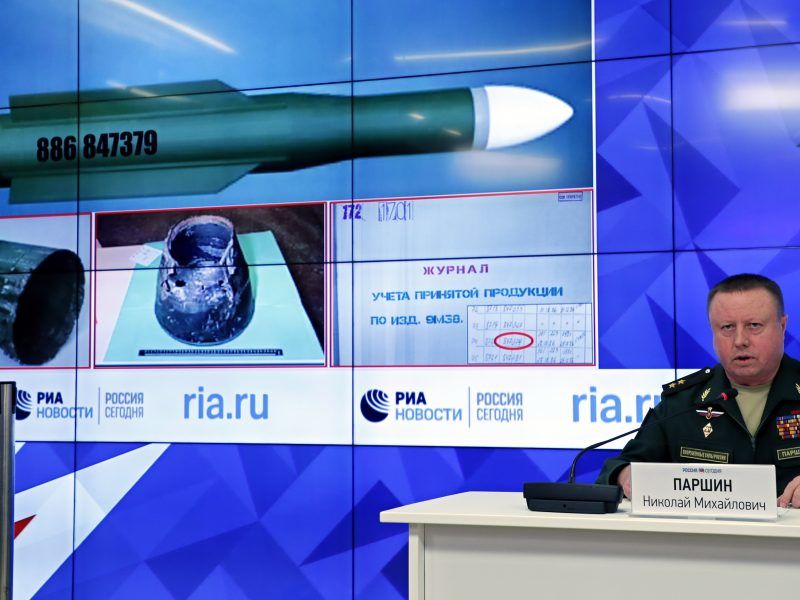 While the outcome at ICAO is uncertain, experts said the move may be seen as a further way to force Russia into negotiations over the incident, even as it continues to deny any involvement.

In past cases, a formal ICAO discussion has also been seen as a step towards filing a suit at the International Court of Justice in the Hague, as Iran did against the United States in 1989 over the 1988 downing of IranAir Flight 655.

Australian Foreign Minister Marise Payne said on Monday that Australia and the Netherlands had pursued negotiations with Russia in good faith but that Russia had unilaterally withdrawn in 2020.

The Netherlands said last year it wanted to get Russia back to the negotiating table but did not exclude legal action.

No comment from Russia’s foreign ministry was immediately available.

A verdict in the murder trial, involving three Russians and a Ukrainian who remain at large, is expected later this year. None of the defendants have attended the Dutch court. 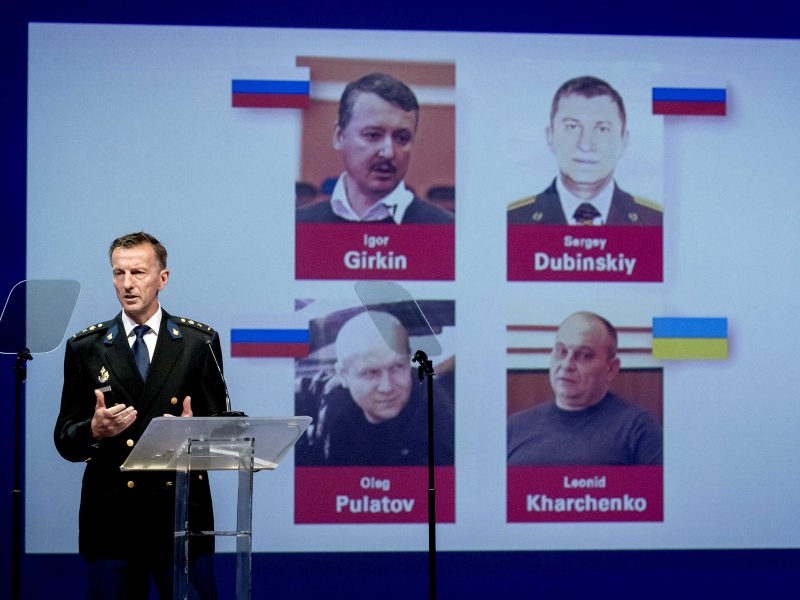