And the White House urged Russia to “respect” its neighbour’s sovereignty and democracy and “the right of its own people to elect their own leaders freely and fairly”.

Lukashenko has the backing of Russian President Vladimir Putin, who has raised the possibility of sending military support if Belarus “starts to get out of control.”

The sanctions from Minsk’s ex-Soviet neighbours came after the third weekend of mass protests since the disputed 9 August presidential election. Both Lukashenko and opposition leader Svetlana Tikhanovskaya, who has taken shelter in Lithuania, claimed victory.

“We are sending the message that we need to do more than just issue statements, we must also take concrete action,” Lithuania’s Foreign Minister Linas Linkevicius told AFP.

Today #Lithuania, in coordination with Latvia and Estonia, sanctioned a number of Belarusian citizens, including former president, responsible for cynical electoral forgery and brutality against the people of #Belarus. These sanctions package is just a first step.

The Belarusian foreign ministry said the sanctions would be counterproductive.

“The history of our independent country shows eloquently that any attempts at sanctions on Belarus only lead their initiators to the opposite effect,” ministry spokesman Anatoly Glaz said in a statement.

But Belarus would be “obliged to take appropriate retaliatory measures,” he warned.

The European Union is also seeking to impose new travel bans and asset freezes on Lukashenko’s circle to punish those they say are responsible for violence, arrests and vote fraud.

The latest sanctions followed mass opposition protests in Minsk Sunday, with an estimated turnout of more than 100,000 people. There were also protests in other cities.

The Belarusian authorities on Monday detained a member of the opposition’s Coordination Council, set up by Tikhanovskaya’s allies to organise a peaceful transfer of power.

The search was carried out by officers investigating financial wrongdoing from a state audit body, while the grounds for Vlasova’s detention were not known, he said.

She was the third Coordination Council member to be detained.

Other members, including Nobel-Prize winning author Svetlana Alexievich, have been summoned for questioning as “witnesses” over an investigation launched into an alleged attempt to seize power. 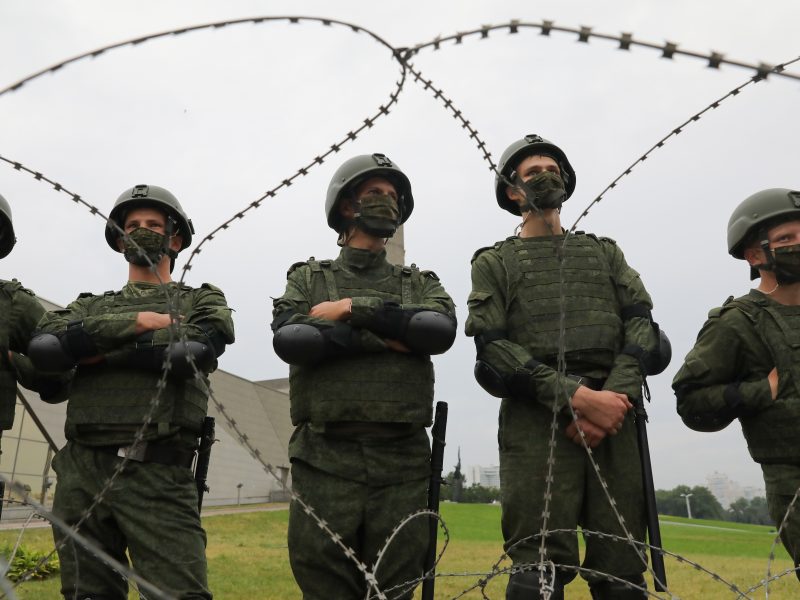 The committee’s press secretary Anton Rodnenkov received a summons for questioning on Tuesday.

And a strike leader at the Belaruskali potash plant, Anatoly Bokun, was jailed for 15 days on Monday, his second such sentence.

Belarusian border guards refused entry Monday to the country’s Catholic Archbishop, Tadeusz Kondrusiewicz, even though he is a citizen. They gave no explanation.

The 74-year-old archbishop had condemned violence by police and prison guards against detained protesters. A spokesman said he had returned to Poland.

And Lukashenko dismissed the Belarus chargé d’affaires in Spain, Pavel Pustovoy, state news agency Belta reported, days after he had posted comments on Facebook favouring a recount of presidential ballots.

Lukashenko on Monday acknowledged the country he has led since 1994 was “somewhat authoritarian” in comments to the head of the Supreme Court.

He was speaking after perhaps the largest rally against his rule in Minsk, where protesters gathered outside his official residence.

Lukashenko acknowledged that people were calling for “changes”, dangling the possibility of public consultation on constitutional reforms, which he suggested could be aimed at making courts more independent — while insisting that in his view they were already.

He rejected opposition calls for a return to the 1994 Constitution in use before he pushed through changes increasing his own presidential powers.

The Peace March event was held on Lukashenko’s 66th birthday and demonstrators left ironic gifts outside the Palace of Independence, guarded by heavily armed riot police and snipers.

Numerous journalists working for international media including AFP had their Belarusian foreign ministry accreditation revoked ahead of the protest without explanation. 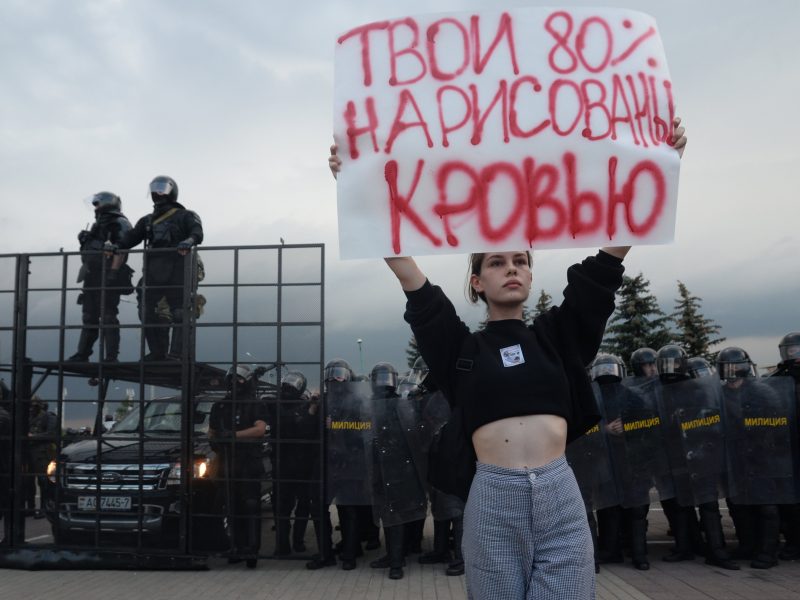 The Belarusian Association of Journalists said police detained nine journalists over the weekend.