Belarus and EU to hold talks on migrant crisis 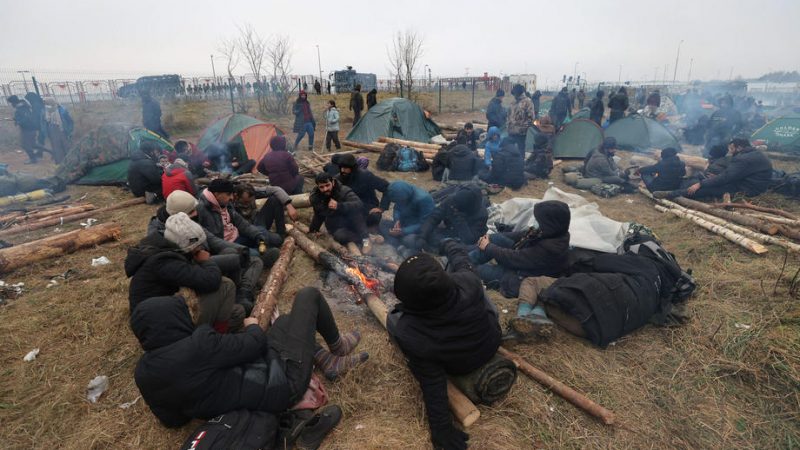 To remedy the situation, the Czech Republic has applied for 25 modular humanitarian bases that could accommodate up to 50,000 people via the EU Civil Protection Mechanism. Those bases will be used once other emergency capacities run out. [EPA-EFE/MAXIM GUCHEK/BELTA HANDOUT]

Belarus said Wednesday (17 November) that President Alexander Lukashenko and German Chancellor Angela Merkel agreed in a telephone call that Minsk and the EU should discuss the migrant crisis on the Belarusian-Polish border.

The same day the European Commission confirmed that it will hold “technical talks” with Belarus on how to repatriate migrants seeking to cross the Polish border.

Thousands of migrants, mainly from the Middle East, are camped at the border in what the West says is Lukashenko’s revenge for sanctions slapped on his regime after its brutal suppression of protests against his rule.

Lukashenko and his main ally Russian President Vladimir Putin have rejected the accusations and criticised the EU for not taking in the migrants who are seeking to cross over into Poland.

Lukashenko’s press service said the Belarus leader and Merkel “agreed that the problem as a whole will be brought up to the level of Belarus and the EU”.

“Relevant officials to be determined from both sides will immediately start negotiations to resolve the existing problems,” it said.

Merkel’s spokesman Steffen Seibert said the German leader had “underlined the need to provide humanitarian care and return options for the affected people” during the call.

Merkel, he added, said this could be done with support from the United Nations refugee agency UNHCR and the International Organization for Migration and in cooperation with the European Commission.

The call was the second between Lukashenko and Merkel this week and the Belarus strongman’s first calls with a Western leader since his regime launched its crackdown, after Putin had called on EU leaders to talk directly to Lukashenko. 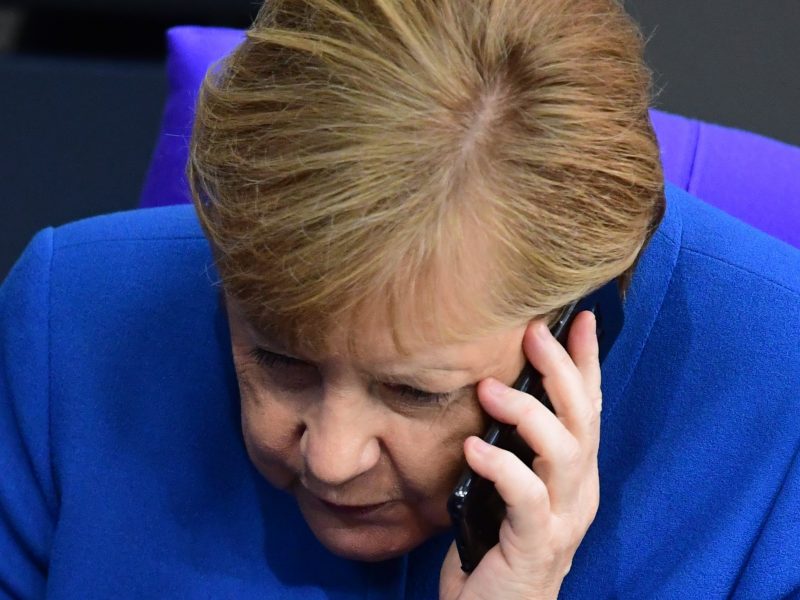 The European Commission confirmed Wednesday that it will hold “technical talks” with Belarus on how to repatriate migrants seeking to cross the Polish border.

EU spokesman Eric Mamer said the contacts would be limited to discussions with Belarus and UN agencies on how best to get the migrants back to their countries of origin.

“Belarus must grant access for humanitarian support and provide shelter for migrants in the country,” Mamer tweeted.

“The EU Commission will hold technical talks with UNHCR, IOM and Belarus on repatriations,” he said.

‘Not a good step’

But Polish government spokesman Piotr Muller said the call earlier this week between the Belarusian and German leaders was “not a good step” and appeared to be “an acceptance of his choice”, referring to Lukashenko.

Earlier on Wednesday, Merkel’s spokesman Seibert said that it is “useful” to speak with Minsk “to improve this humanitarian situation” even if the talks are with a leader whose legitimacy Europe and Germany do not recognise.

Poland warned on Wednesday that the crisis could last for months or even years, a day after Polish forces used tear gas and water cannon to deter stone-throwing migrants.

In footage shared by the Belarus government, Polish authorities can be seen using water cannon on migrants who are gathered on the border between the country and Poland.

Polish Defence Minister Mariusz Blaszczak said there had been further attempts at crossing the border during the night.

The West has accused Belarus of luring thousands of migrants, many from Iraq and Syria, with the promise of an easy crossing into the EU and then forcing them to stay at the border.

Eastern EU members Latvia, Lithuania and Poland have all refused to take in the migrants, leaving many stranded for weeks in forested borderlands.

Following pressure from the EU, several airlines have said they will stop transporting would-be migrants to Belarus.

Iraq has also said it will start voluntary repatriations of its citizens from Belarus this week and the EU border agency Frontex is working with the Polish and Iraqi authorities on arranging charter flights from Poland.

Aid groups say at least 11 migrants have died on both sides of the border since the crisis began in the summer and have called for a humanitarian response to the problem.

Visiting areas near the border on the Polish side, the Council of Europe human rights commissioner Dunja Mijatovic on Tuesday said the situation was “extremely dangerous”.

“We need to find a way to de-escalate, to make sure the focus is really to stop the suffering,” she told reporters.

We can see enormous suffering of people who are left in limbo," said Dunja Mijatovic, human rights commissioner for the Council of Europe, a European rights watchdog that is larger than the EU and also counts Russia among its members.
https://t.co/5Iaq7Xc176

The Belarus Red Cross on Wednesday said that some 1,000 migrants were being put up in a “logistical centre” close to the Bruzgi-Kuznica checkpoint.

Another 800 were still in a makeshift camp near the border, Russian news agency Ria Novosti reported.

Volunteers and military personnel distributed hot porridge, sweets, water, tea and canned food in what looked like a large warehouse, according to images shown on Russian state television.

The Belarusian health ministry said it had hospitalised six people, including four children, from the Bruzgi camp.

Dancing with the dictator is dangerous. Appeasement leads to impunity. When he feels that blackmail works, and can give him what he wants, he will escalate and lead to more victims if needed. He will rob you and fool you. Your humanity is just a weakness for him.