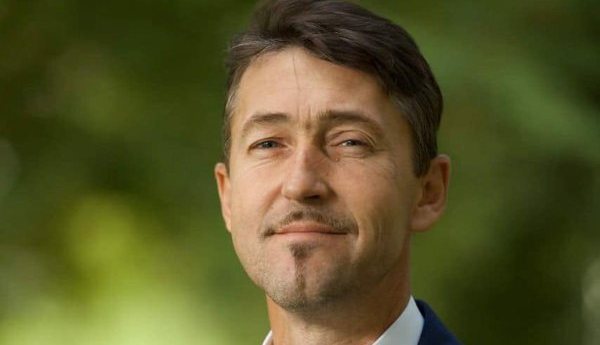 A Belarusian political activist has died in jail where he was serving time for participating in the demonstrations that rocked the ex-Soviet country last year after a disputed presidential election, local media reported.

Vitold Ashurok, 50, died from cardiac arrest in a penal colony in eastern Belarus, the Nasha Niva news website reported on Friday (21 May).

Political prisoner Vitold Ashurok died of cardiac arrest today in the Shklov colony. The 50 years old was sentenced to 5 years in prison. He was found guilty of organizing actions that grossly violate public order and violence, or the threat of violence against a law enforcer. pic.twitter.com/JDZuWOIkUR

A friend of Ashurok, Sergei Pantus, confirmed his death to Belarusian outlet Onliner.

“The prison called his wife and said that his heart had stopped and that there would be an investigation,” Pantus was quoted as saying.

Ashurok was a member of the Belarusian Popular Front opposition party and a coordinator of the “For Freedom” movement.

In January, he was sentenced to five years in a penal colony for “grossly” violating public order and for violence against a member of police. The trial was held behind closed doors.

“People are not just suffering, people die because of the regime in Belarus,” exiled opposition leader Sviatlana Tsikhanouskaya wrote on Twitter on Saturday.

Protesters took to the streets for months last year demanding the resignation of strongman Alexander Lukashenko, who claimed a landslide victory in an August presidential vote that his opponents said was rigged.

The 66-year-old has ruled Belarus with an iron fist for over two decades and moved quickly to clamp down on the protesters.

The European Union and the United States have sanctioned Lukashenko and dozens of officials and businessmen tied to his regime with asset freezes and visa bans.

In response to Ashurok’s death, EU spokesman Peter Stano said on Saturday that Brussels “demands the immediate release” of all political prisoners.

The historic protests, which left at least four people dead, have now subsided, but journalists and activists are continuing to receive prison sentences in the aftermath.