People attend a rally in support of the Belarusian opposition to demonstrate against police brutality and the presidential election results in Minsk, Belarus, 18 August 2020. [Stringer/EPA/EFE]

The European Council convened to discuss the fallout from the vote that saw security services in ex-Soviet Belarus brutally disperse peaceful demonstrators demanding that their authoritarian leader resign.

Protesters gathered for a 10th night of demonstrations on Tuesday, with thousands rallying in central Minsk waving the red-and-white flags of the opposition and calling on Lukashenko to step down.

Svetlana Tikhanovskaya, a 37-year-old political novice who fled to neighbouring Lithuania after claiming victory in the vote, called on EU leaders “not to recognise these fraudulent elections”.

“Lukashenko has lost all legitimacy in the eyes of our nation and the world,” she said in the video appeal.

As the EU meeting began, Dutch Prime Minister Mark Rutte said the bloc “cannot accept the result of these elections” called for dialogue to find “a solution that reflects the vote of the people.”

Ahead of the summit, European leaders including French President Emmanuel Macron and German Chancellor Angela Merkel urged Lukashenko’s close ally Russia to foster talks between authorities and the opposition. 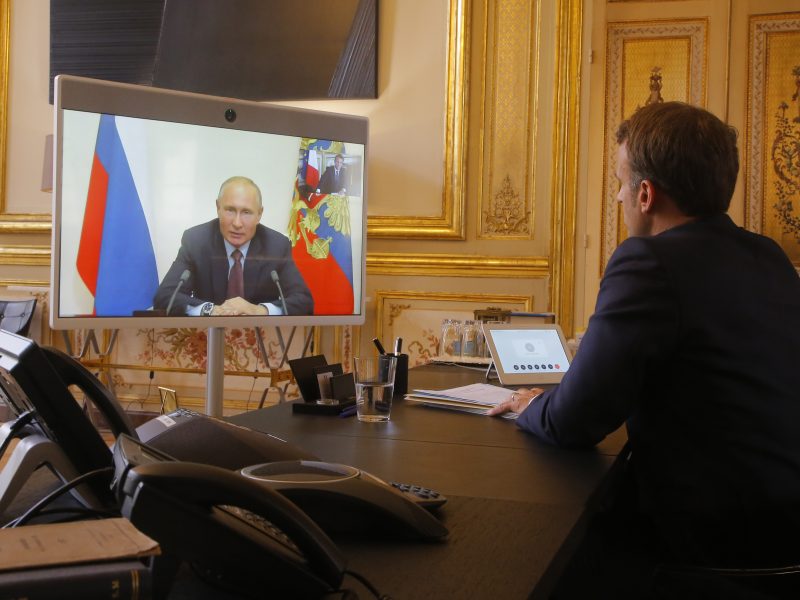 EU ministers agreed last week to draw up a list of targets for new sanctions and Germany has said even stronger penalties should be considered.

The Kremlin on Wednesday described foreign interference in Belarus as “unacceptable” and Foreign Minister Sergei Lavrov condemned what he said were attempts from abroad to take advantage of unrest in Belarus.

“No one is making a secret of the fact that this is about geopolitics, the fight for the post-Soviet space,” he said in a televised interview.

Yet Minsk’s ties with Moscow have cooled in recent years after Lukashenko resisted Putin’s efforts to integrate the two countries. Ahead of the vote, the Belarusian leader accused the Kremlin of dispatching mercenaries to Minsk to stir unrest with the opposition.

Europe’s longest-serving leader, Lukashenko has resisted calls to resign or hold new elections. On Tuesday, he said the opposition was planning to seize power and vowed to take “adequate measures” in response.

Tikhanovskaya, a trained English teacher who said she never planned to enter politics, contested the vote after her husband was jailed and barred from running against Lukashenko.

She has vowed to hold new elections and a Coordination Council which her allies created to oversee the transfer of power was due to convene on Wednesday.

In her video to European leaders, Tikhanovskaya said the council would lead the process of a “peaceful transition of power via dialogue” and call for “new fair and democratic presidential elections with international supervision.”

Nobel Prize-winning author and outspoken Lukashenko critic Svetlana Alexievich has been named a member of the group.

Lukashenko’s claim to victory in the 9 August elections with some 80% of the ballot sparked the largest demonstrations in Belarus since it gained independence with the 1991 collapse of the Soviet Union.

More than 100,000 demonstrators flooded the streets of the capital Minsk last weekend as frustration against the strongman’s claim to a sixth term reached a fever pitch.

A police crackdown on peaceful protesters in the days after the vote saw nearly 7,000 demonstrators detained and sparked allegations of abuse and torture at the hands of security services.

The health ministry on Wednesday confirmed the death of a 43-year-old man in hospital after his family said he was shot while taking part in an protest. Two other people are confirmed to have died in post-election unrest.

Pressure not to strike

Lukashenko this week handed out awards to some 300 members his security services for “impeccable service” after rights groups and Western leaders denounced police violence.

Factory workers at state-run enterprises answered the opposition’s calls to strike in an unprecedented display of anger towards the Belarusian leader among a traditionally loyal segment of the population.

Lukashenko on Wednesday thanked workers who didn’t join the strikes and accused the West of funding the opposition. He said Western countries were levying allegations against Belarus to “distract from the problems” in their own countries.

The authorities appear to be clamping down on employees at state factories walking off the job, with police intervening in a demonstration outside the Minsk Tractor Works on Wednesday morning and arresting two protesters.

Activists on social media said the authorities were exerting enormous pressure on employees at state-run enterprises to refuse to strike, leading to a sharp drop in the numbers of protesters joining the walkouts.

Police on Wednesday also blocked the entrance to the National Academy Theatre in Minsk after staff resigned en masse to protest the forced removal of director and former culture minister Pavel Latushko, who publicly called for new elections.