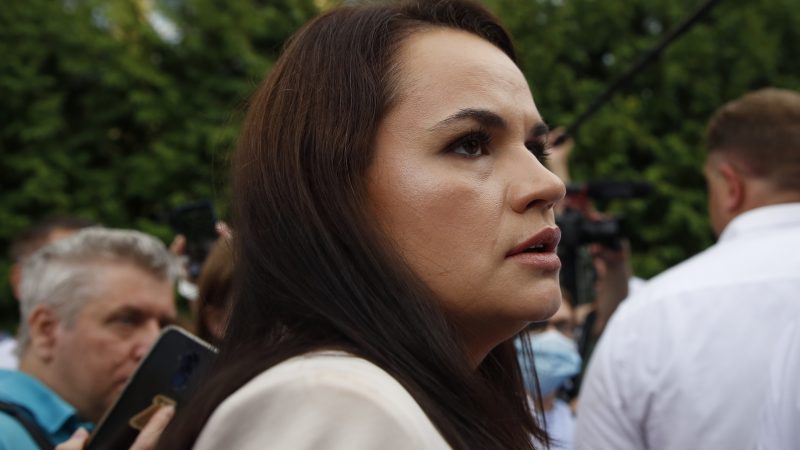 Her team had been unable to reach her by phone on Monday after she left the election commission building. Earlier she told reporters she considered herself to have won the election, not Lukashenko.

Linkevicius first tweeted during the night to Tuesday that Tikhanovskaya’s whereabouts were unknown.

Tried to reach Svetlana #Tikhanovskaya for several hours. Her whereabouts not known even to her staff. Concerned about her safety. #Belarus pic.twitter.com/bkGbqWnu9Y

Ten hours later, he tweeted that she was now “safe” in Lithuania.

Svetlana #Tikhanovskaya is safe. She is in #Lithuania. pic.twitter.com/6f9U2meoX0

In power for more than a quarter of a century, Lukashenko claimed a landslide win against Tikhanouskaya, a former English teacher who emerged from obscurity to lead the biggest challenge to his rule in years.

US Secretary of State Mike Pompeo said the vote was “not free and fair” and condemned “ongoing violence against protesters and the detention of opposition supporters.”

Events are being closely watched by Russia, whose oil exports run through Belarus to the West and which has long regarded the country as a buffer zone against NATO. They are also being monitored by the West, which has tried to lure Minsk from Moscow’s orbit. 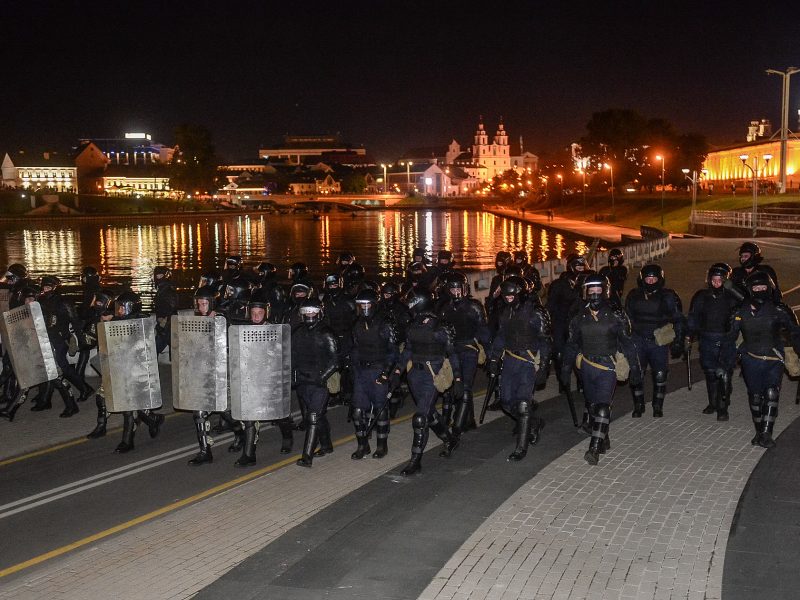 Russian President Vladimir Putin used a congratulatory telegram to nudge Lukashenko to accept deeper ties between the two nations, which the Belarusian leader has previously rejected as an assault on his country’s independence.

Foreign observers have not judged an election to be free and fair in Belarus since 1995, and the run-up to the vote saw authorities jail Lukashenko’s rivals and open criminal investigations of others who voiced opposition.

Tikhanovskaya’s campaign rallies drew some of the biggest crowds since the fall of the Soviet Union in 1991.