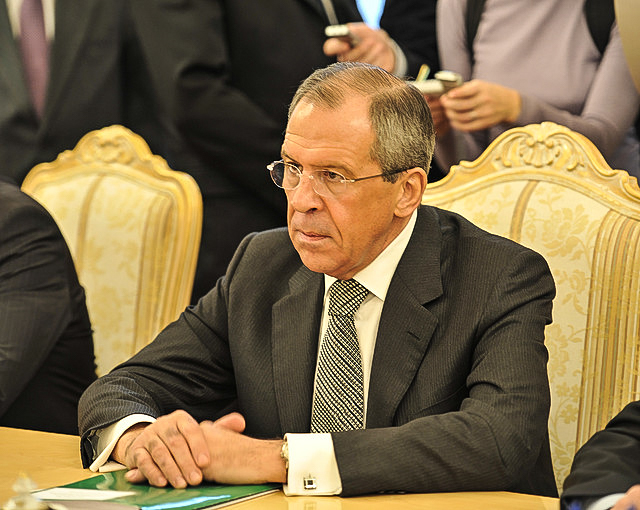 Statements by Russian Foreign Minister Sergei Lavrov indicate that the EU and Russia are gearing up for a legal battle over Gazprom contracts with a number of member states.

On Wednesday (22 April) Lavrov called the charges against Gazprom “unacceptable”, adding that the European Commission was trying to apply the rules of its 2009 Third Energy package retroactively.

The Commission has issued a Statement of Objections to the Russian state gas exporter, alleging that some of its business practices in the Central and Eastern European gas markets constitute an abuse of its dominant position, in breach of EU antitrust rules.

The Russian press quotes Lavrov calling the EU charges “unacceptable”, because, in his view, the bilateral agreements concluded by Gazprom with partners in the EU were in conformity with the rules existing in the Union at the time of their signature.

“When in the EU they adopted the Third energy package, which requires unbundling of the production, the transit and the distribution to consumers, there were attempts, and they are continuing, to apply these rules retroactively, also to older contracts. This is absolutely unacceptable, at least because we have had the Partnership and Cooperation agreement with the EU from 1999 which no one cancelled, and it is written there that the parties shall not take actions that will lead to the deterioration of business conditions,” Lavrov said.

Lavrov may have a point, although he got the date of the bilateral agreement wrong.

Article 34 of the EU-Russia Partnership and Cooperation Agreement, in force since December 1997, reads: “The Parties shall use their best endeavours to avoid taking any measures or actions which render the conditions for the establishment and operation of each other’s companies more restrictive than the situation existing on the day preceding the date of signature of the Agreement.”

This is not a new argument for Russia with the EU. At the December 2012 summit, Russian President Vladimir Putin told then-Commission President José Manuel Barroso, “Open article 34 of our basic treaty with the EU and read for yourselves.”

When EURACTIV asked the Commission spokespersons what Putin had in mind, nobody at that time was able to explain.

Regarding Commission objections to unfair pricing, Putin said at the time: “Linking the price of gas to oil was invented not by Russia, but by the Netherlands in the beginning of last century. And it has applied throughout all these years without any problem. The price of oil establishes itself on world markets on an absolutely market basis, not by administrative means.”

Putin was referring to the Groningen gas formula, linking contract gas prices through specific formulas in long?term gas export contracts (LTGEC), developed in 1962 in the Netherlands.

Gazprom is the dominant gas supplier in a number of Central and Eastern European countries. It has a market share well above 50%, and in some cases, up to 100% in these markets.

In light of its antitrust investigation, the European Commission's preliminary view is that Gazprom is hindering competition in the gas supply markets in eight Central and Eastern European member states (Bulgaria, the Czech Republic, Estonia, Hungary, Latvia, Lithuania, Poland and Slovakia).

Generally, Gazprom pegs the price of the natural gas it sells to a number of oil products ("oil indexation"). The Commission is investigating whether, and to what extent, the individual price levels in a country are unfair, and how Gazprom's specific price formulae, based on oil indexation, have contributed to the unfairness.