Bulgaria says it is suffering from EU sanctions on Russia 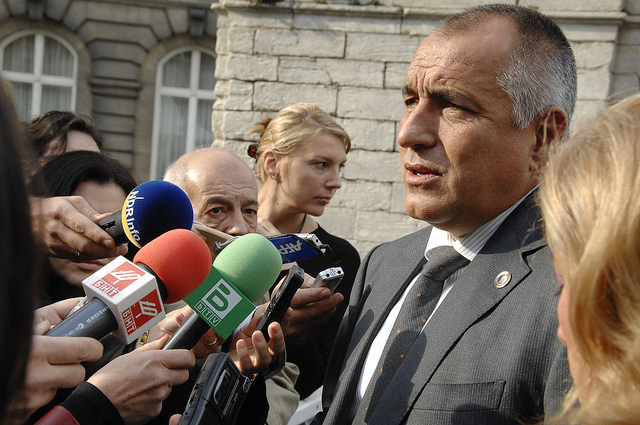 Bulgaria’s economy is being badly hurt by European Union economic sanctions against Russia, its prime minister said on Thursday (4 December).

EU member states such as Bulgaria, Hungary and Slovakia, which are heavily dependent on Russian energy, have only reluctantly gone along with the sanctions, imposed over Russia’s annexation of Ukraine’s Crimea region. The measures targeted Russia’s financial, defence and energy sectors, and Russia hit back by banning most food imports from the EU.

Boiko Borisov, who leads a minority coalition government, said he hoped the sanctions had “already played their role and relations will be soon normalised”.

“I don’t know how Russia is affected by the sanctions, but Bulgaria is affected severely,” he told a news conference in Brussels.

Even before sanctions, Bulgaria was struggling to revive economic growth while dealing with a bank crisis.

“Due to the embargo, we cannot export meat … Bulgaria is facing not only political and economic and financial problems, we are facing global problems and that is why we need serious support,” Borisov said.

Last year, more than a quarter of the 2.6 million tourists who came to Bulgaria were Russians – a number likely to fall in future because of the weakness of the rouble, though that stems more from a plunge in the oil price than from Western sanctions.

Russia said on Monday it was scrapping the South Stream gas pipeline, which had been due to enter the EU via Bulgaria, although Borisov and European Commission President Jean-Claude Juncker both said they believed the project could still go ahead.

Bulgaria had hoped the pipeline would not only protect it against possible disruptions in the supply of Russian gas being piped through Ukraine, but also create jobs in its construction.

With European Union governments divided, a decision on whether to tighten economic sanctions on Russia over the Ukraine conflict is likely to be left to EU leaders, who next meet in mid-December, diplomats said on 13 November.

About six of the EU's 28 governments are pushing the bloc to consider taking new economic measures, on top of the financial, energy and defence sanctions already imposed. But some other EU governments oppose such a step.

Moscow annexed Crimea in March following a referendum staged after Russian forces established control over the Black Sea peninsula in the biggest East-West crisis since the Cold War. The EU adopted sanctions against Russia in July and Moscow retaliated by banning the import of Western food.