Police stand behind a barbed wire as they block the road during a protest rally against the results of the presidential elections, in Minsk, Belarus, 30 August 2020. [Stringer/EPA/EFE]

Canada, the United States, the European Union and Britain are discussing possible sanctions against Belarus over its crackdown against protests following a disputed election, a Canadian source directly familiar with the matter said on Wednesday (2 September).

If sanctions were imposed, they would come “in the not too distant future”, said the source, who requested anonymity given the sensitivity of the situation.

Protests erupted after a 9 August election that the opposition says was rigged to prolong President Alexander Lukashenko’s 26-year rule. Lukashenko denies electoral fraud and has shown no sign of backing down.

UN human rights investigators say they have received reports of hundreds of cases of torture, beatings and mistreatment of anti-government protesters by police.

“There have been a number of things that have happened since the election that are reprehensible,” said the Canadian source.

“We’ve made it clear the situation cannot stand and that’s precisely the reason we are looking, with other partners, at some sort of sanctions we could put in place.”

US Secretary of State Mike Pompeo said on Wednesday that Washington and European partners were reviewing imposing targeted punitive measures against anyone involved in human rights abuses in Belarus.

The EU made a half-decision on sanctions meant to mainly target those accused of being responsible for the fraudulent elections and the violent crackdown on peaceful protests.

The EU is looking at sanctioning 10 to 15 Belarusian figures, a US State Department official said on Wednesday.

“My understanding is that the EU … is thinking of about 10 to 15 names,” said Deputy Assistant Secretary of State George Kent during a virtual appearance at the German Marshall Fund think tank. Kent also said the United States was not, “at this point,” suspending sanctions waivers that he said had allowed Belarus to purchase North American crude oil earlier this year.

In the meantime, EU members Estonia, Latvia and Lithuania announced their own sanctions in the form of entry bans against Lukashenko and 29 other high-ranking officials. 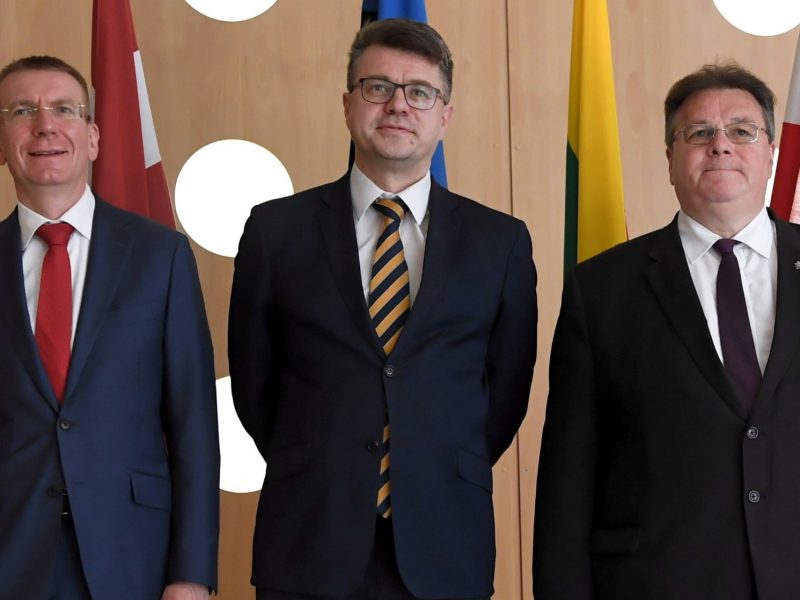 Any sanctions need unanimity from all members of the EU, which usually does not target top political figures with a view to keeping communications channels open.