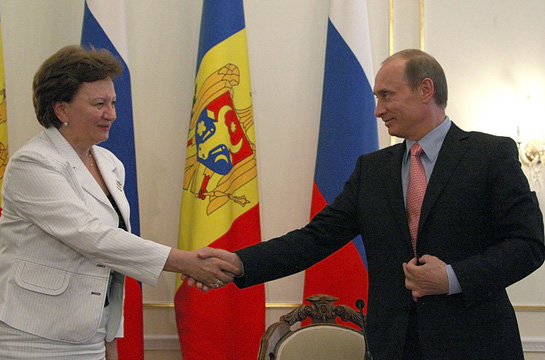 The pro-European Union mayor of the capital of Moldova narrowly led the race against a pro-Russian opponent after local polls, electoral officials in the impoverished ex-Soviet country said today (15 June).

Pro-European and pro-Russian politicians are vying for power in Europe’s poorest country, which aspires fto European Union membership, but has thousands of Russian troops in its breakaway Transnistria region bordering Ukraine.

Voters turned out to pick mayors and councillors across the country days after the pro-European prime minister stepped down amid a scandal over his allegedly faked high school diploma, after just four months in office.

Chisinau’s mayor, Dorin Chirtoaca, of the Liberal Party of Moldova, won 37.39% in the vote, but failed to reach 50% needed for outright victory.

The runner-up from the pro-Russian Party of Socialists, Russian-born Zinaida Greceanii, came close behind, with 35.95%.

“Dorin Chirtoaca has a very good chance to win in the second round,” to be held on 28 June, said political analyst Corneliu Ciurea.

“In Chisinau, pro-European forces are still dominating, although not significantly.”

Moldova, Europe’s poorest country, last year signed an Association Agreement taking it closer to European Union membership despite opposition from former Soviet master Russia and from its pro-Russian politicians including the Communists.

Disagreement over a similar pact sparked the current crisis in Ukraine that sees Russia accused of fuelling a bloody separatist conflict in the east.

Sunday’s vote saw pro-Russian candidates win several key towns. The leader of pro-Russian Partidul Nostru (Our Party), Renato Usaty, who runs a business in Russia, convincingly won the mayor race in the city of Balti, north of Chisinau, with 74%.

The husband of a well-known Russian pop singer called Zhasmin, Ilan Shor, won the mayoral race in Orhei, a town north of Chisinau, with 62% of votes. Shor is one of those under investigation over the mysterious disappearance of $1 billion over a few days from three Moldovan banks, which was discovered in April.