Volodymyr Zelenskiy speaks with citizens and media before a performance of his concert team in the circus in the West Ukrainian city of Lviv, 8 February 2019. [Mykola Tys/EPA/EFE]

Zelenskiy’s character in the show “Servant of the People” is loved by Ukrainians fed up with how their country has been governed since independence in 1991. Now they have the chance to turn fantasy into reality in presidential elections on March 31.

The 41-year-old actor announced a presidential bid on New Year’s Eve and he has since emerged as the surprise frontrunner ahead of incumbent Petro Poroshenko and opposition leader Yulia Tymoshenko in a crowded field of 44 candidates.

Zelenskiy’s sudden rise comes at a time voters around the world have upended the status quo, propelling anti-establishment forces such as US President Donald Trump and Italy’s 5-Star Movement, which was also once led by a comedian, to power.

Critics question Zelenskiy’s political inexperience while investors worry that he’s more of an unknown quantity than Poroshenko. After all, if he becomes leader the TV star would be in charge of a country at war in need of fundamental change.

Asked in an interview with Reuters what sets him apart from other candidates, Zelenskiy pointed to his face.

“This. This is a new face. I have never been in politics,” he said after hosting a TV comedy talent show.

After performing in student theater, Zelenskiy came to prominence as a team captain in the TV show KVN, where teams compete against each other with jokes and song-and-dance routines. In 2003, his team formed the basis of TV production company Kvartal 95, which makes Servant of the People.

In the TV series, Zelenskiy starts out as a humble high school history teacher who becomes president after an expletive-laced tirade about Ukraine’s corrupt political class, secretly filmed by one of his students, goes viral.

Disaffection with how little has changed under Poroshenko has helped fuel Zelenskiy’s popularity, according to Serhiy Leshchenko, an investigative journalist and lawmaker.

“The desire of Ukrainian citizens is to have new faces, to have new politicians ready to reshuffle the whole political class,” he said, comparing the comedian to Trump.

“Both of them are TV stars, and both of them are selling people the dream, so people are ready to accept this dream because they are fed up with the old class of politicians.”

The Maidan protests in 2014 that ousted a Kremlin-backed president brought hope of change, but Poroshenko’s critics say progress has not come fast enough in a country where corruption remains entrenched, oligarchs amass wealth and influence and poverty levels are among the worst in Europe.

Zelenskiy’s squeaky clean fictional president is a powerful image, blurring the lines of where his character stops and the presidential hopeful begins. Even his party is called Servant of the People after the TV series.

At Friday night’s recording of the comedy talent show, the audience, many in their 20s and 30s, laughed and cheered at references and winking allusions to his presidential bid.

Backstage, he posed for selfies with some fans between skits. A trailer for a new series of Servant of the People played before the show, where the fictional president talks about his hopes.

He dreams of a day when Oleg Sentsov, a Ukrainian film-maker languishing in a Russian jail, will release a new film. War in the east will be over and Ukraine will host the Olympic Games in Crimea, once it has been taken back from Russia. 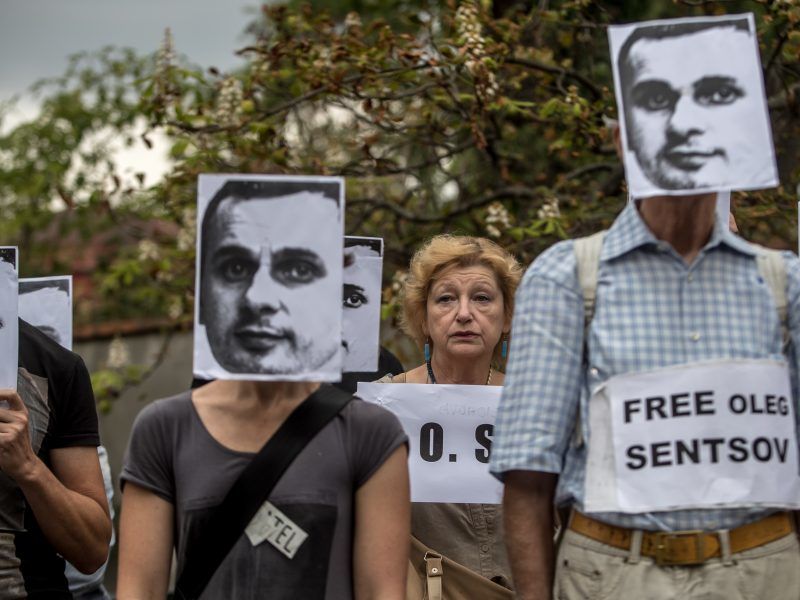 “(I) would just like to see him as the president. Ukraine needs something new. I am sick of all this,” said Volodymyr Bren, who was in the audience at the comedy talent contest.

With less than five weeks until the election, several polls have put Zelenskiy in front of Poroshenko and Tymoshenko. 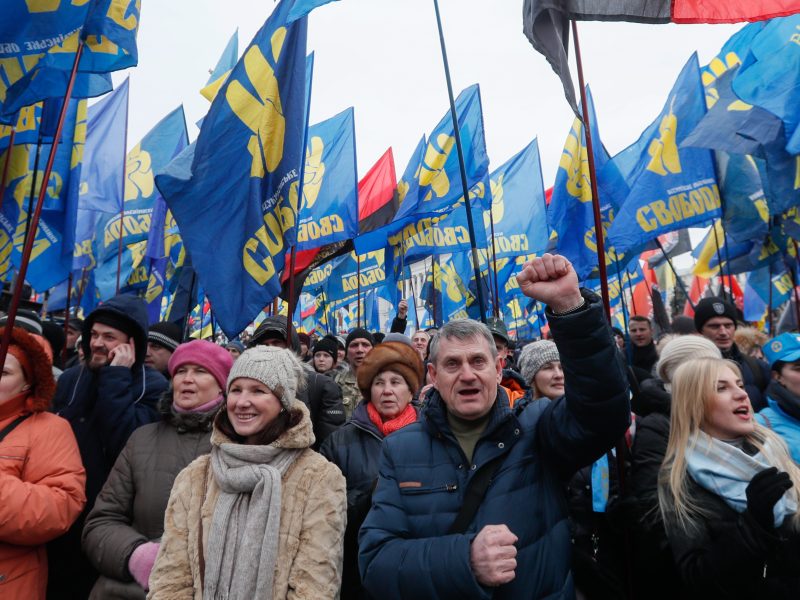 Ukraine President's associate quits in corruption probe ahead of vote

Support for Zelenskiy is particularly strong among 18-35 year-olds who think he would be the best candidate to tackle corruption in state institutions, according to a December survey on behalf of the International Republican Institute (IRI).

His campaign has been propelled by his TV appeal and social media. He has 2.7 million followers on Instagram while Poroshenko has 194,000. On Facebook, Zelenskiy invites suggestions from followers on tackling problems such as high utility bills or their choice of prime minister.

Zelenskiy told Reuters he would not allow Ukraine to default on its debt commitments to the International Monetary Fund (IMF), which has propped up the economy with billions of dollars in loans and provides reassurance to investors.

He hopes the country will eventually stop relying on the IMF but, for now, he would not allow Ukraine “to default and spoil the image of our country”.

Tymoshenko and other opposition candidates have fiercely criticized Poroshenko after the government raised household heating tariffs as a condition for more IMF loans.

Asked for his position on heating costs, Zelenskiy was short on specifics. He said Ukraine’s tariffs were the lowest in Europe but still too high for many.

Ironically, given the clean image of his fictional president, Zelenskiy has had to fend off suspicion that in real life he is a puppet of Ihor Kolomoisky, a prominent oligarch whose TV channel airs Zelenskiy’s shows.

Zelenskiy insists his relationship with Kolomoisky is strictly professional. He said he would not, as some fear, hand back ownership of PrivatBank, Ukraine’s largest lender, to Kolomoisky if he becomes president.

As part of an IMF-backed clean-up of Ukraine’s financial system, the government nationalized PrivatBank in 2016 – and later alleged the lender was used for large-scale fraud and money laundering. Kolomoisky called the allegations nonsense and has said the bank was nationalized on spurious grounds.

“Am I that crazy? Do I want to lose my life, reputation?” said Zelenskiy, when asked whether he would hand PrivatBank back to Kolomoisky.

The businessman also denies having undue influence over Zelenskiy. “I’m more his puppet than he is mine,” he told the Ukrainian news site lb.ua.

To tackle corruption, Zelenskiy said he would introduce a bill to strip the president, lawmakers and judges of immunity from prosecution. He also called for an independent anti-corruption court that the president could not unduly influence – with judges selected with the help of Western experts.

He said that would end a political culture where the president or someone else in authority simply picks up the phone and says: “It will be like this, like this or like this.”

Back in the world of make-believe at the comedy talent show, one contestant hands Zelenskiy a giant key.

The presidential hopeful says it is too big to fit into his pocket – to cheers and applause from an audience that knows Ukrainian politicians often pocket large bribes.

The contestant shouts: “Friends, you have a unique chance to vote for a candidate with small pockets.”