“This time … they will have 100 ships participating,” which would constitute an unprecedented buildup of naval forces, Andriy Klymenko, a Crimean expert and journalist, told EURACTIV, citing insider sources.

Klymenko is on Russia’s active list of terrorists and extremists and has been working in Kyiv since Crimea’s annexation in 2014.

“Georgia and Crimea were Olympic wars” said Klymenko, highlighting that the opening ceremony of Beijing summer Olympics in 2008 and the closing ceremony of Sochi winter games of 2014 coincided with the Russian military interventions in Georgia and Ukraine. According to Klymenko, the 9 May celebrations may follow the same pattern.

A number of European dignitaries, including French President Emmanuel Macron and his Bulgarian colleague Rumen Radev are expected to attend the victory parade in Moscow, marking the 75th anniversary of the end of the second world war.

“Simultaneously, they [the Russians] may convene a pro-Russian demonstration in [the Ukrainian Black Sea city] Odessa” and stage an incident similar to demonstrations held in the Crimean Sevastopol on 23 February 2014, which preceded the Russian invasion of the peninsula, suggested Klymenko.

Meanwhile, tensions in the Black Sea persist. At the start of the year, Russia issued a maritime warning delimiting an area in the northern Black sea for missile and gunnery firing exercises, which overlapped with a zone regularly used by the Ukrainian military for naval training.

“If your pour water into a balloon it will expand. But it has a limit, at one point it will burst,” said Klymenko. “It can burst by accident or on purpose.”

Commercial detentions in the Sea of Azov continue

At the same time, delays of commercial vessels due to protracted Russian inspections at the exit from the Sea of Azov have remained high, averaging 32.2 hours since October 2019, considerably higher than the seven-hour average registered by the Black Sea Institute of Strategic Studies in June 2018, when delays at the Kerch Strait began.

A bilateral treaty gives both Russia and Ukraine the right to use the Sea of Azov, which lies between them, as well as between mainland Russia and Moscow-annexed Crimea, with the narrow Kerch Strait dividing it from the Black Sea.

Tensions have risen since Russia annexed Crimea and built a bridge across the Kerch Strait. Since then, Russia controls ships entering the Azov Sea, on the grounds that it tries to prevent a terrorist attack.

Since May 2018, the delays have affected 968 ships flying the EU member state flags, owned by European companies or bound for an EU port.

Even though the EU stopped short of imposing sanctions over the situation in the Azov Sea, Ukrainian experts attribute the dramatic decline in the wait of 115 hours in November 2018 to just 46.5 hours average a month later to EU diplomatic pressure, an apparent win for the bloc’s soft power. 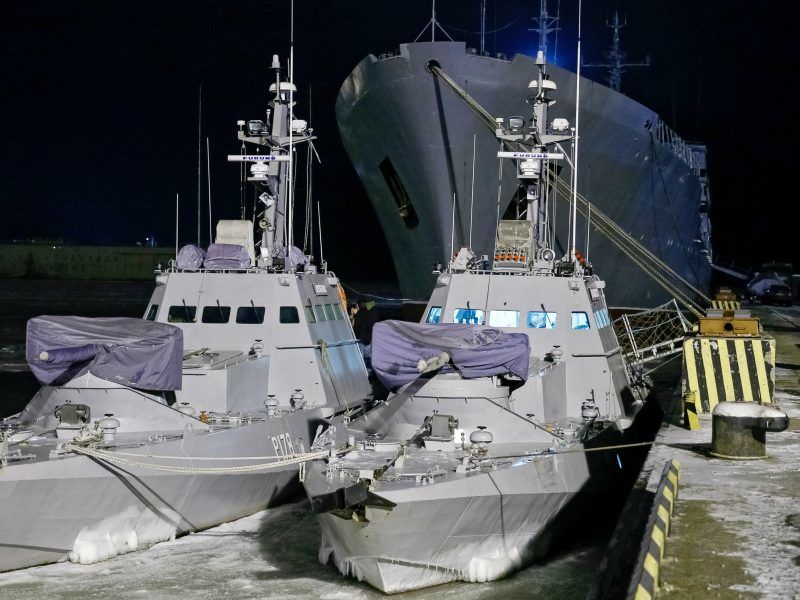 European Union leaders will offer Ukraine help for its regions affected by Russia’s actions in the Azov Sea when they meet on Thursday (13 December), but no new sanctions on Russia will be imposed.

Experts warn of a next conflict where Russia may seize more Ukrainian territory to ensure water supply for Crimea. On 5 February the peninsula only had enough drinking water for the next 100 days, Crimean authorities announced.

The northern part of Crimea historically suffers from water shortages. Prior to the 2014 annexation, the water needs of the region were serviced by the North Crimean canal that starts in Kakhovka, bringing water south from the Dnieper river.

In 2017, the Ukrainian authorities finished building a dam near the settlement of Kalanchak, cutting off Crimea’s water supply, and have since then repeatedly refused to consider reopening the canal as long as the occupation continues.

“Periodically, new Russian experts travelling to Crimea talking about possibilities desalination and secondary use of water, but these stories a month later stop because in the current conditions this is impossible,” Tetyana Guchakova, a Crimean economic expert, told EURACTIV.

Unlike with the region’s electricity and gas supply problems, which were resolved when Russian authorities laid submarine power cables and a gas pipeline across the Kerch strait, Moscow will not be able to find easy solutions to the water shortage, experts claim.

The water shortage is made more complicated by the needs of an estimated 60,000 strong Russian military personnel stationed on the peninsula as well as the water-intensive chemical industry.

“For these reasons, in any event we should expect an escalation regarding the water situation,” said Guchakova.

“It may be a direct Kakhovka campaign with a fast capture or it will be an escalation anywhere else to ‘strengthen Putin’s bargaining position’,” added  Guchakova. “In any case, water in Crimea will be a card that Putin will play.”

“Crimea, in addition to being a problem, has become a threat,” said Klymenko, pointing out that the ports Feodisia and Kerch are being used as construction sites to build 11 missile corvettes.

Experts call for a new package of sanctions against the Russian shipbuilding industry and Russian ports, such as port Kavkaz in the Kerch strait, used to circumvent the EU’s non-recognition policy. In addition, researchers call for the broadening of the policy to prevent European brands, like the French hypermarket Auchan, from being present on the peninsula.

However, the EU remains divided on the issue of a new package of sanctions. Some Eastern European and Baltic states support a more hawkish stance, while Western Europe is experiencing ‘sanctions fatigue.’ 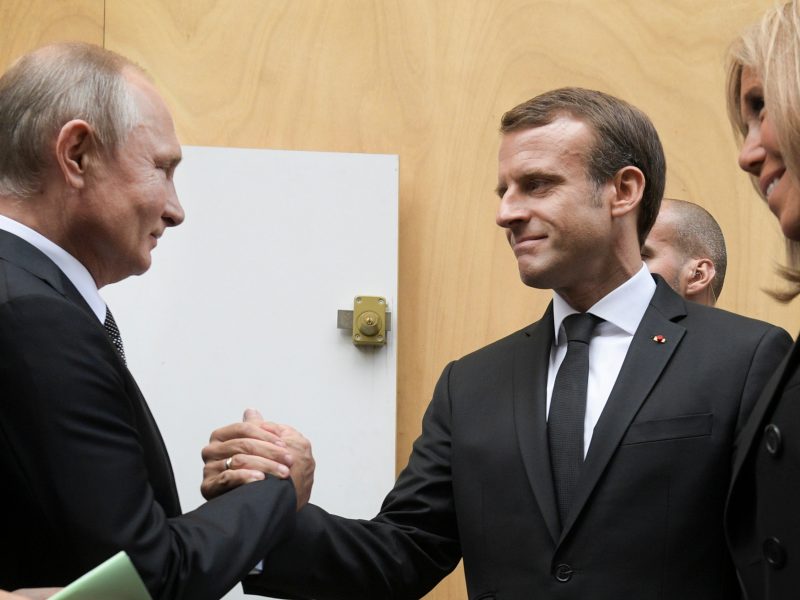 “We understand that the last couple of years many efforts have been made to keep the existing sanctions in place,” said Guchakova. “But the fact of the matter is that Russia has not and is not planning to stop.”