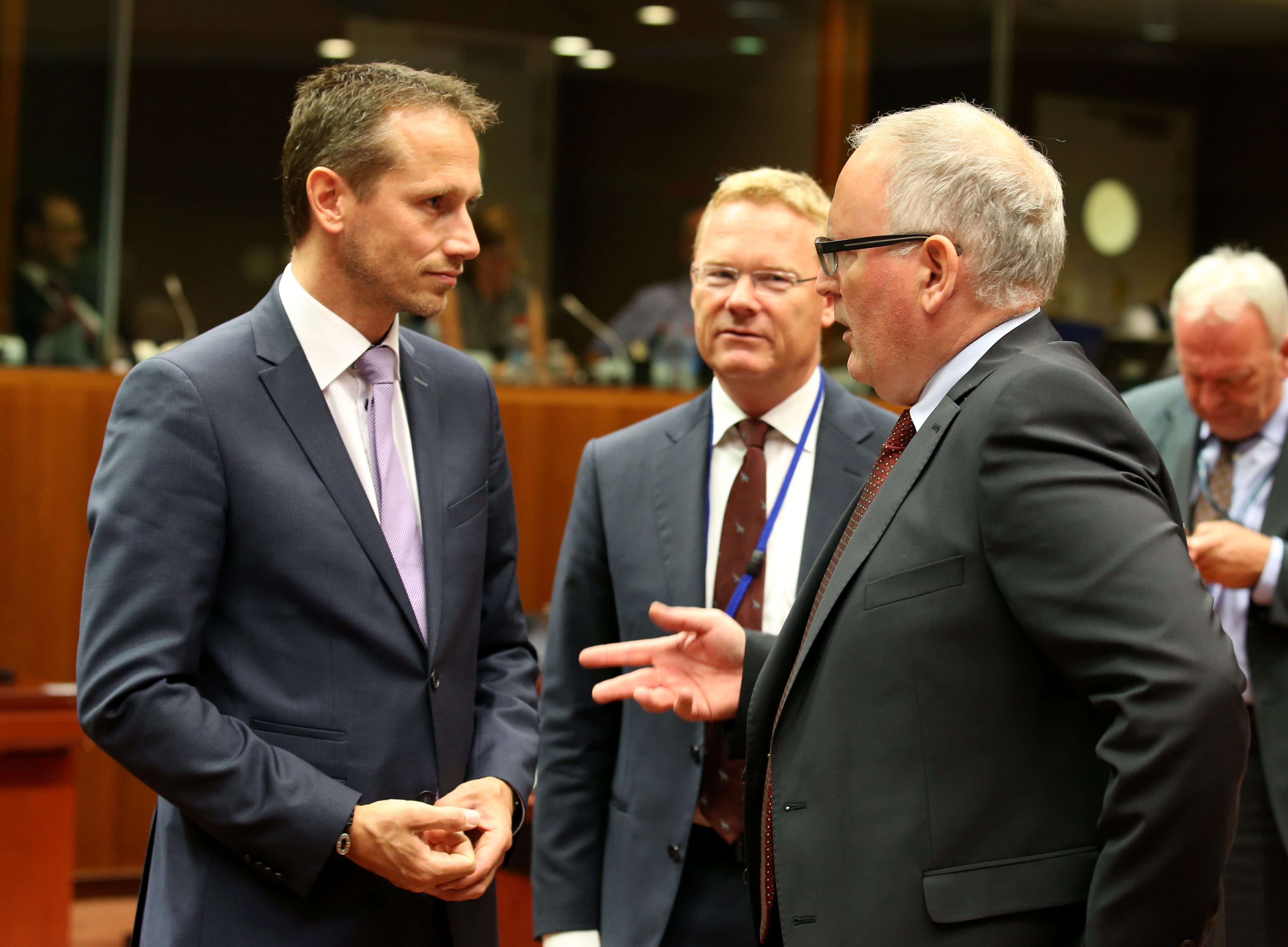 Ukraine must uphold its part of the Minsk agreement or risk a collapse of support for EU sanctions against Moscow, Denmark’s foreign minister said on 5 February.

The European Union is pressing Kyiv to overcome political feuding and implement reforms to bring Ukraine out of Russia’s shadow and into the West, but the resignation of Ukraine’s frustrated economy minister has underlined the difficulties.

“If Ukraine doesn’t come through with the reforms linked to the Minsk peace process, it will be very difficult for Europe to continue united in support for sanctions against Russia,” Kristian Jensen told Reuters, referring to the peace deal agreed by Ukraine, Russia, France and Germany last year (see background).

Jensen was speaking on the sidelines of an EU informal foreign ministers meeting in Amsterdam.

Maintaining unity is crucial for Europe’s efforts to put pressure on Moscow to help end the conflict between Ukrainian government forces and Russian-backed separatists in eastern Ukraine that has killed more than 9,000 people since April 2014.

The European Union, along with the United States, imposed economic sanctions on Russia in July 2014, targeting its energy, banking and defence sectors.

Sanctions expire in July and can be extended. But countries with a closer relationship with Russia including Cyprus, Italy and Hungary could argue that if Ukraine is not abiding by the Minsk peace deal, the process no longer holds.

Reforms tied to the Minsk accord include changing Ukraine’s constitution to decentralise government, something foreign investors say would greatly speed up decision-making.

Minsk was extended beyond its end-2015 deadline and although it does not have a new, formal deadline it is not open-ended.

“Ukraine has a deadline. They need to push those reforms now, they can’t wait,” Jensen said.

With some 100 Danish companies in Ukraine, Copenhagen has sought to seize the initiative after U.S. Vice President Joe Biden visited Ukraine in December to call for reforms. Denmark pushed EU foreign ministers to discuss Ukraine at their last meeting in January, the first debate in almost a year.

In Kyiv, the economy minister’s shock resignation this week raised concerns over the government’s ability to deliver change, especially as political rifts within the ruling Ukrainian coalition appeared to have been calmed when it agreed a 2016 draft budget in late December.

Jensen said Aivaras Abromavicius decision to step down was also a warning that Europe needed to help more. The European Union and other Western governments are pouring money into Ukraine to reform the police, customs and the energy sector in one of the world’s most corrupt countries.

“We are all running around with our own small, pet projects. Many of them are good but none of them are sufficient to make a visible change in Ukraine,” said Jensen, who visited Ukraine in September.

0 responses to “Denmark loses patience with Ukraine over Minsk compliance”